Podcast host and MMA commentator Joe Rogan was blown away on his December 18 JRE show, after guest Max Holloway revealed how a UFC video game had helped hone his skills for the real-life UFC.

Joe Rogan’s association with the UFC (Ultimate Fighting Championship) is long and storied, first working as a commentator and interviewer since as early and 1997.

Better known these days for his hugely popular Joe Rogan Experience podcast, where he talks with guests from an eclectic variety of fields and disciplines, he still regularly invites friends from the fighting world too for Mixed Martial Arts specials.

His latest guest, on episode 85 of the MMA show on JRE, was former UFC Featherweight Champion Max Holloway, fresh from losing his crown in his defeat to Alexander Volkanovski on December 15 at UFC 245,

Competing since he was a teenager, Holloway has a breadth of experience under his belt, but blew Rogan away when he revealed that he actually learned a thing or two by playing the UFC video game.

Explaining that he didn’t have a striking coach in his early career, Holloway explained “I used Renan Barão and José Aldo, and I’d do stuff with them, like ‘oh yeh, this works in the game.’ My friend at the time, Dustin Kimura, he would hold mitts for me, and I’d be like ‘I tried this in the game, and it was working, let’s try it.”

Understandably bemused, Joe Rogan responded “What?! You had watched the video game […] that is so ridiculous! Wow.”

Holloway said that if it worked in the video game, then why not? “I’d try combinations and be like, this kind of worked, let’s try it! Why not? It got me that far.” 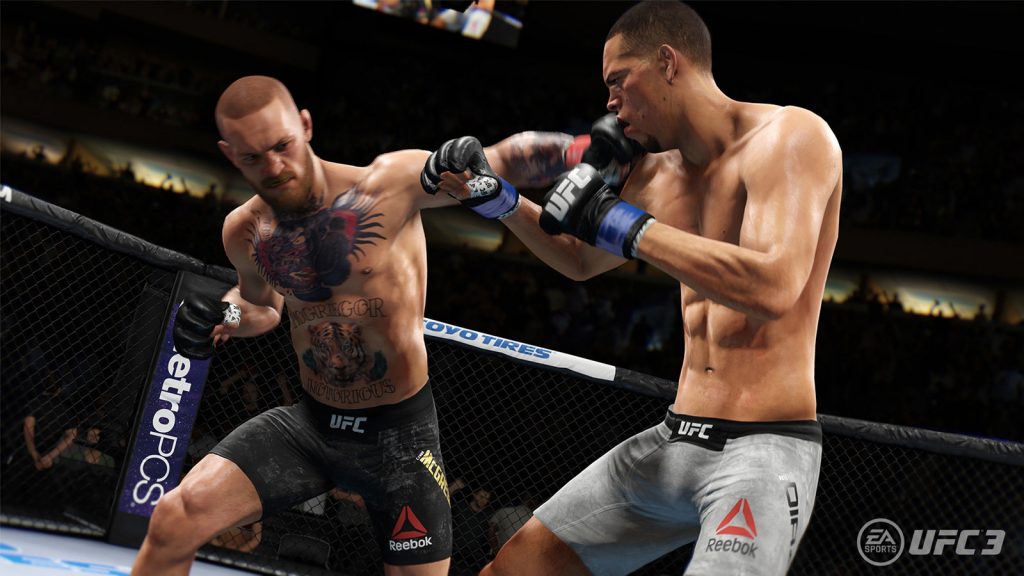 Modern UFC games are much more complex and in-depth than what Holloway would have played.

It should be noted that this was the very earliest edition of the UFC games, which would have been far more rudimentary than the modern games, which feature endless combos and techniques with a wide variety of real fighters, including Holloway himself.

Regardless, it goes to show that even for elite athletes, even a simple game version of their sport could come in handy as a training tool. It’s no secret that countless professional footballers will play games like FIFA, or NBA stars playing 2K, although how useful they are for these team-based games may be more limited.