Best nominees for Didn’t Happen of the Year Awards 2019

The awards dedicated to celebrating the biggest liars on social media is back for its 2019 edition, as Didn’t Happen of the Year Awards (DHOTYA) step up their game to the next level.

Now the fourth annual running of the awards, the viral Twitter account @_DHOTYA has taken social media by storm once again, and even has Premier League football teams getting involved.

The awards are very much what they say on the tin: Social media posts that spin tales that almost certainly “didn’t happen” are picked out and pitted against each other in a fan vote, to decide the best ‘didn’t happen’ incident of the year.

If you’re confused, by way of example the 2018 winner was this classic tale of a person walking into a “supermarche”. Voters picked this very-unbelievable story as the most ‘didn’t happen’ of all.

After 12 months of searching through the lies, planning, preparing and running the biggest Twitter event of 2018, you have voted for your winner.

“Supermarche” becomes our first ‘Anon’ winner as her celebration picture shows, having won 59% of the final vote. pic.twitter.com/2bqJ9mMBi5

For 2019, there is wide pool of potential winners to choose from; everything from Theresa May’s claim that Brexit would happen in March, to Rebekah Vardy’s claim that she was hacked after being accused of leaking Coleen Rooney’s Instagram stories to the press.

Some of the ‘trademarks’ of a classic ‘Didn’t Happen’ are easy to spot. Typically young children having an intellectual moment on politics, a perfect “I got the last laugh” story, or even just an obvious joke that the person tries to pull of as actually having occurred in the real world.

We’ve picked some of our personal favorites for this year.

This is just the perfect example of a ‘last laugh’ story that almost definitely did not happen. YouTuber George Benson claims he was the third victim of a bizarre toastie seller, who was fired on the spot after trying to charge an extra pound for no reason whatsoever. 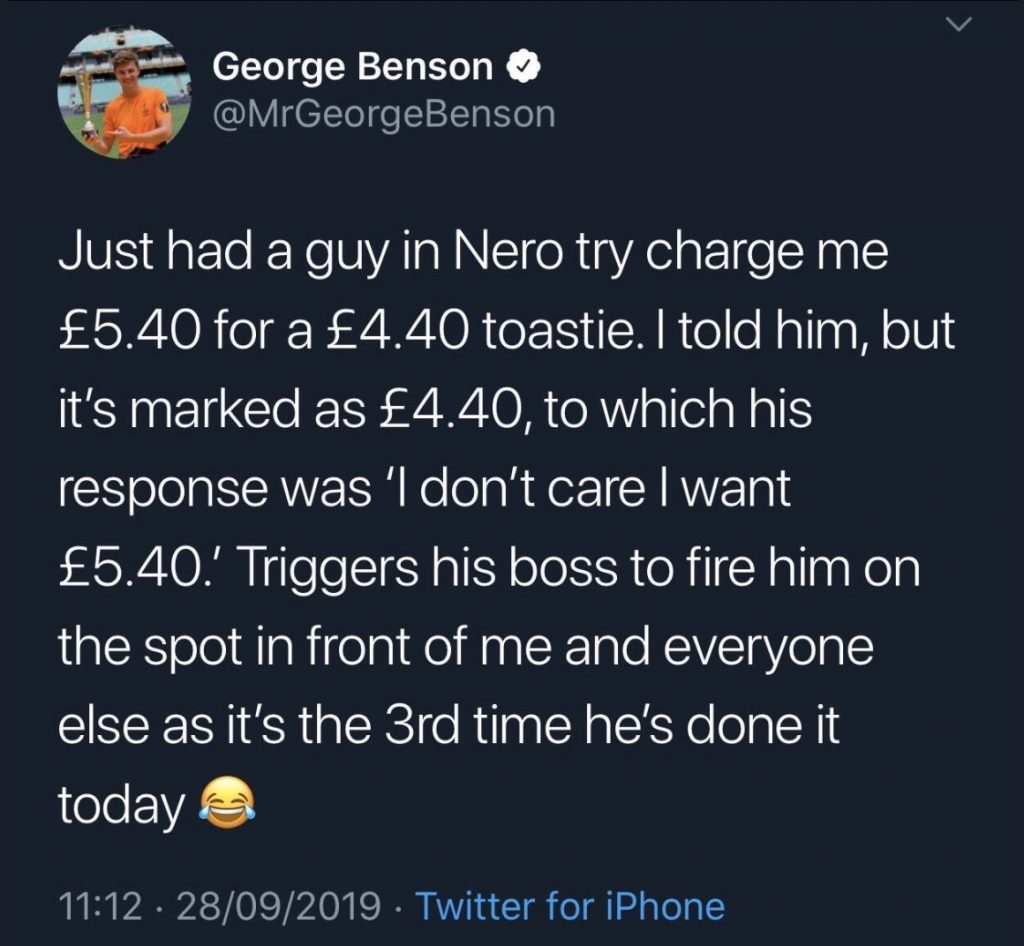 Another surefire way to spot a didn’t happen is spontaneous public clapping. Often a social media liar will claim to have done something so virtuous in public that the entire area around them simply erupted into applause – and a discount on food isn’t bad either. 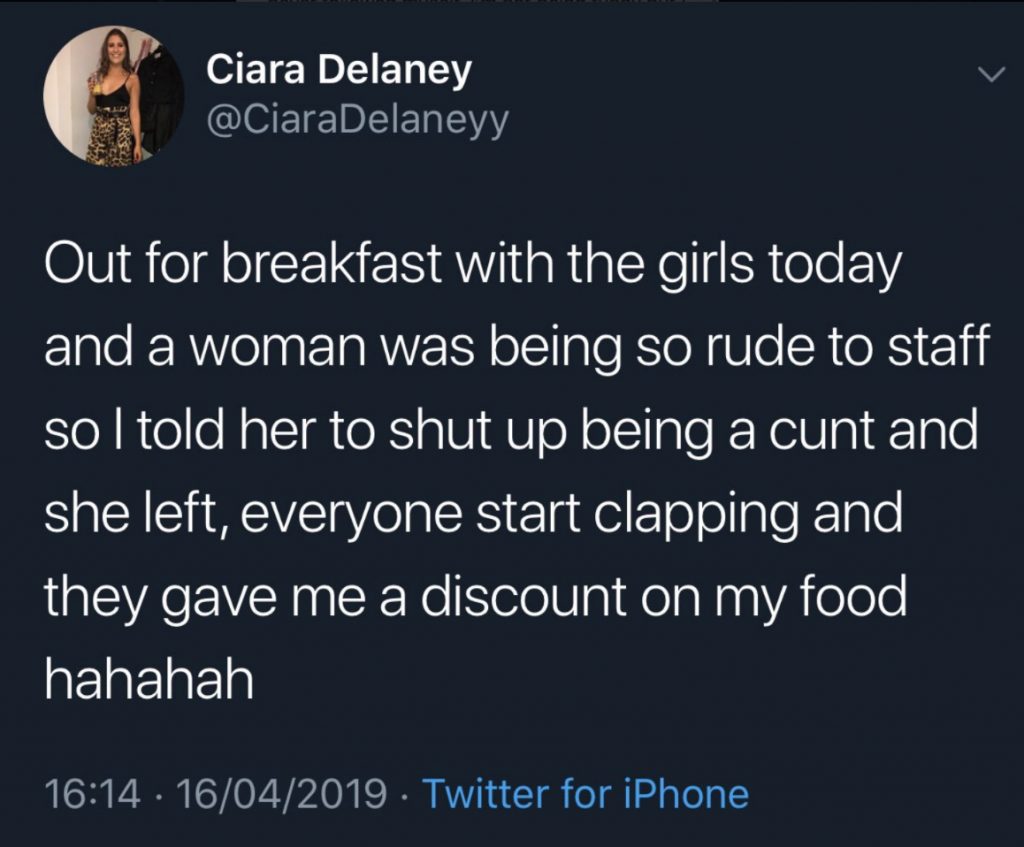 “Mouth of babes” by Louise

Perhaps the most iconic ‘Didn’t Happens’ though, are those that feature toddlers somehow grasping the intricacies of world politics. This young girl, only six-years-young, apparently has her very own thoughts on British Prime Minister Boris Johnson’s treatment of the homeless. 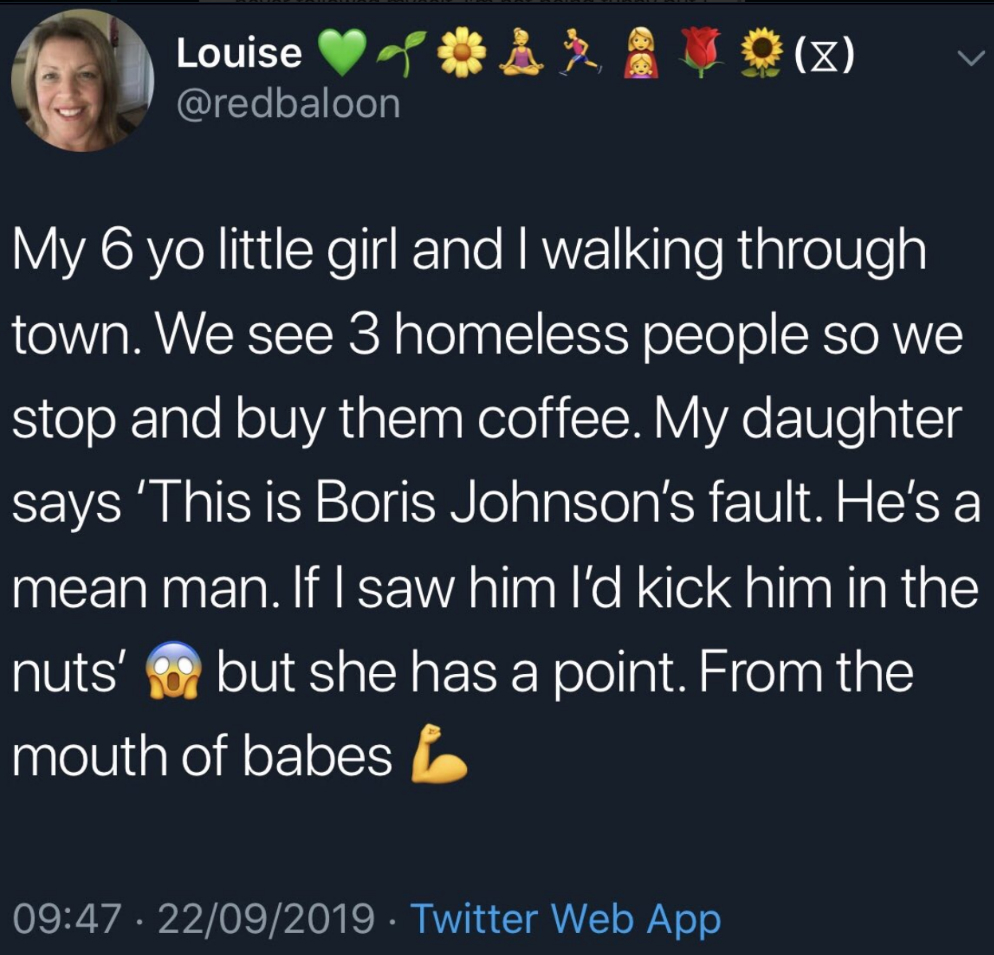 These are just some of our favorites however, and chances are none of these come out on top when all the votes are counted, with 32 contenders overall.

It’s more than just harmless fun too, as the organizers are also leveraging voters to help out with a good cause. In 2018, fans of the page helped to raise over £5,000 for homeless charity shelter, and this year the cause is children with cancer.

Whilst you’re here, you might remember during the 2018 awards when you all raised over £5k for the homeless?

This year, a dad from Coventry (Matt) is raiding money for Children With Cancer after his young son Eric was diagnosed – see below ??https://t.co/XetGNgPiPy

In total, there are eight groups, with four entries each, all selected from the best ‘Didn’t Happens’ of 2019. Even Chelsea Football Club, who have an entry courtesy of former head coach Mauricio Sarri, chimed in to say they had a ‘tough group’.

Voting will begin on December 27, so, for now, there is plenty of time to look through the contenders.

“Goalkeeper’s Bet” by @Pele
“He’s only 1” by Jai
“Tesco Lager” by Eoghan
“#AuthorClapBack” by Tiffany pic.twitter.com/glLvQuhoEf

“Sleeps until Labour” by Kevin
“Mouth of babes” by Louise
“Crab Legs” by Gym Leader pic.twitter.com/FyyVckqIVB

“The Letter” by @Nigel_Farage
“Salute” by @WayneHennessey1
“Yogurt” by Alex
“Christmas Tree in May” by @AVFCOfficial pic.twitter.com/BmDBCyhYA8

“Parking Ticket” by Tom Zanetti is a video which will feature in the follow up tweet pic.twitter.com/1OOmUPnv1t

“I give up” by Irene
“Extreme Weather Patterns” by Jay
“Brainwash Attempt” by Donna
“Brexit Forever” by @Jacob_Rees_Mogg pic.twitter.com/z9YdbbzMfp

For those who really want to get involved in the action, Bet Victor are offering betting odds, with a max of £10 bet. Their current favorite to win is ‘Salute’ by Crystal Palace goalkeeper Wayne Hennessy, who claimed he was unaware what the Nazi salute was when photographed in a similar pose. 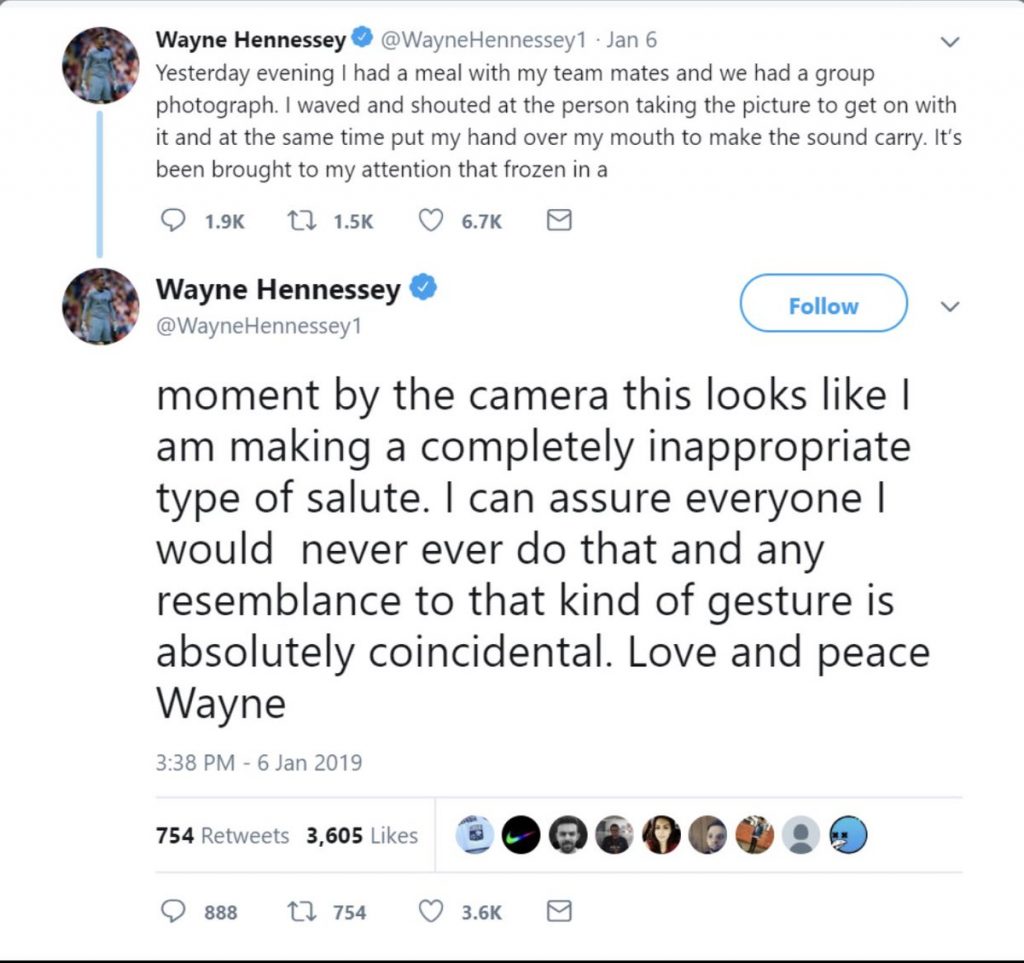 As the competition begins to narrow down, starting December 27, the race to be crowned the biggest social media liar will be on.