In one of the most impressive displays of broadcast-quality on Twitch to date, a birdwatching streamer has showcased his incredible multi-camera setup.

Streamers on Twitch are often trying to push the boundaries of creative content in hopes of capturing the masses and making a name for themselves.

Whether it be through over the top characters like Dr Disrespect, or various awkward antics, streamers are always attempting to carve out their own niche on the live-streaming platform.

While DamianExplores may not have the goal to explode on the platform, he’s certainly pushing the boundaries of what Twitch can provide, and showcased just how impressive the fidelity of a live IRL broadcast can be during his October 9 stream.

With his camera equipment set up on the side of an innocuous gravel road, he intended to highlight various species of birds and describe them in detail to those intrigued in the chat.

“This gives you an idea of how the stream works,” Damian said as he transitioned from his regular handheld camera to the higher resolution device atop a tripod.

Zooming in on an American robin, “a fairly common bird,” he explained, viewers got a glimpse at just how remarkable the technological capabilities of his streaming rig can be.

Broadcasting at 1080p and 60FPS, he rapidly swapped from one camera to another and zoomed straight in to an unsuspecting feathered creature.

Every little detail of the bird came right through on stream, despite the extensive distance from the target in focus. It almost appeared as if the streamer was standing right next to his feathered subject. 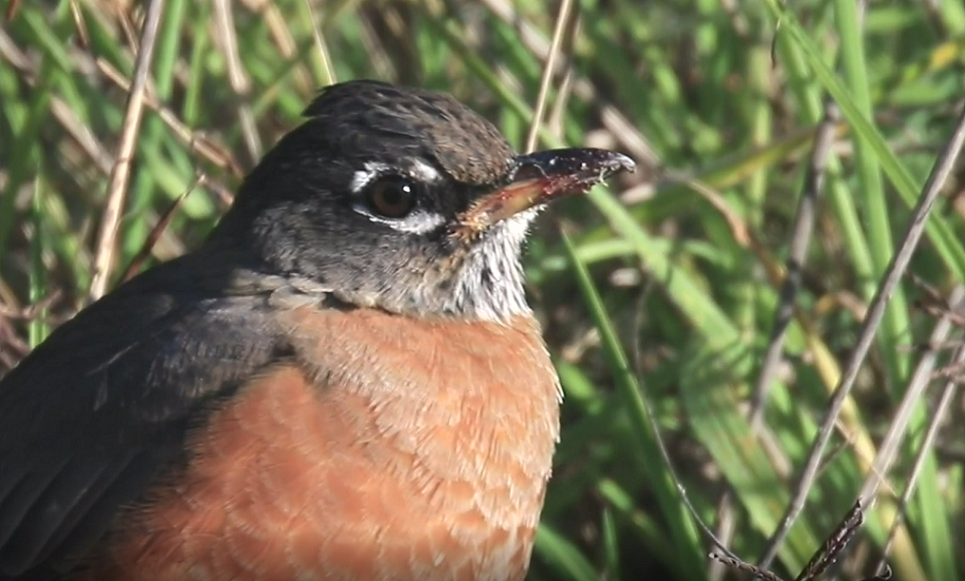 Just one example of a tremendous shot from the DamianExplores Twitch stream.
[ad name=”article5″]

“We do mostly birds,” he stated, before elaborating on the various other engaging topics that he tries to cover with his community.

From observing meteor showers to a lunar eclipse, Damian is a fascinating streamer to follow for a refreshingly unique approach to streaming on the Twitch platform.

HUNDEN’s mission to destroy Heroic: How a convicted coach became desperate to incriminate his former players and failed