Top streamer Tyler ‘Ninja’ Blevins may be a talented gamer and entertainer, but all that time spent honing his skills on the controller and the keyboard has left him lacking in the culinary arts.

Formerly a professional Halo player, Blevins is now best known as the world’s top Fortnite streamer, and he’s been a dedicated gamer for much of his life.

He did, however, work at fast-food restaurant Noodles & Co before going full time on Twitch but clearly his skills weren’t required in the kitchen, judging by a viral clip from his appearance on YouTube cooking show Bon Appétit. 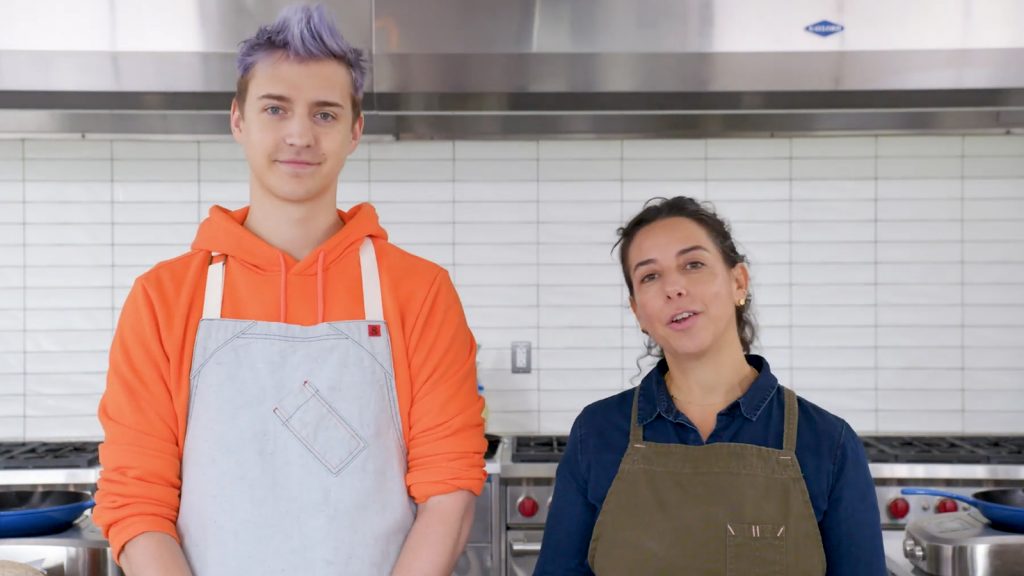 Professional chef Carla Music was only allowed to give verbal instructions to Ninja.

The recipe in question seems fairly simple on first inspection, as Ninja was guided by professional chef Carla Music to make an egg-in-a-hole bacon and cheese sandwich.

Unfortunately, Ninja was stumped at one of the early stages of sandwich-making: cutting the bread.

In a clip that his since gone viral on Twitter, the Mixer star appears perplexed trying to find the best way to tackle the bread-slicing maneuver, despite Carla’s best attempts to show him.

i just watched 28 year old tyler "ninja" blevins struggle to figure out how to cut two slices of bread out of a loaf pic.twitter.com/4TJm1BOR6o

In his confusion, the 28-year-old began slicing the loaf horizontally, for reasons unbeknownst to anyone but himself. As part of the setup, the professional chef isn’t allowed to get ‘hands on’ with her assistance, leaving Blevins to make his error.

And the difficulties didn’t end there, as Ninja’s next foe was the daunting avocado, which he admitted he had never cut before. Similarly, his chopping technique was unorthodox, as he sliced directly through its center – straight through the pit.

THEN HE CUT AN AVOCADO LIKE THIS??? BRO LMAO pic.twitter.com/0TJf0noIJE

Thankfully for Ninja, he wasn’t alone in his lack of avocado knowledge, as his fellow Mixer streamer Michael ‘shroud’ Grzesiek admitted he didn’t even know what it looked like, after being shown his counterpart’s mishap.

“I don’t even know what an avocado looks like,” he conceded, “that’s the first time I’m looking at it on the inside.” Presumably, neither shroud or Ninja have made their own guacamole before.

my pal @GordanRamseySDK is friends with @shroud and he showed him this thread and this was his reaction LMAO pic.twitter.com/ECil9fy7KW

Making matters worse, Ninja even explained that he had spent time working in the kitchen at Noodles & Co. at the start of the video, recalling that he would “saute, cook at the noodle station and prep meals.”

It seems is questionable techniques have irked some of the show’s viewers, with the number of dislikes left on the video approaching 6,000 – but balanced out by around 11,000 likes at the time of writing.

In the end, his sandwich came out just fine though, even if it wasn’t quite what his instructor had in mind. His time at the top of the livestreaming world may have left his cooking skills a bit rusty.