Popular IRL streamer ICE_POSEIDON has been linked to the hacking of a Florida mayor’s Twitter account, as told by a local news outlet for the city of Tampa.

A television segment covering the story from ‘Tampa 10 News’ claimed that POSEIDON had been tagged in a few of the hacker’s offending tweets, which have since been deleted from the mayor’s account.

The segment went on to claim that POSEIDON “spews racist and extreme views online,” hinting that the streamer could be the hacker behind the malicious attack.

However, POSEIDON wasn’t the only popular internet personality mentioned in the hacker’s tweets; YouTube king Felix ‘PewDiePie’ Kjellberg was also named by TIME in their coverage of the incident.

TIME reported that the hacker had encouraged viewers to subscribe to PewDiePie in one post, likely due to his ongoing battle against Bollywood label T-Series.

The hacker also mentioned YouTube king PewDiePie, and urged viewers to subscribe to his channel in light of his battle against T-Series.
https://www.tubefilter.com/2018/11/12/pewdiepie-continues-to-outrun-t-series/[ad name=”article3″]

The tweets in question were reported to have contained “racist and pornographic content,” with some even threatening a ballistic missile launch in the area.

“I have hidden a bomb in a package somewhere,” one tweet read. “Looking forward to seeing some minorities die.” 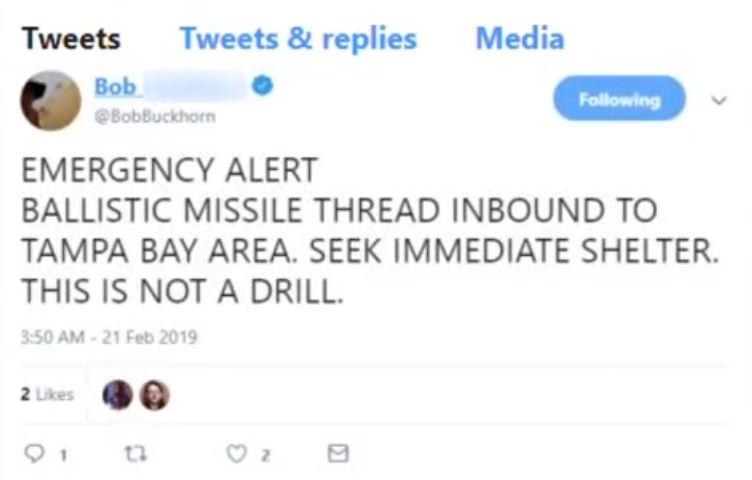 The hacker made several bomb threats, as well as posted a slew of pornographic and racist content.
https://www.reddit.com/r/LiveFails/comments/atscuc/ding_ding_accused_of_hacking_tampa_mayors_twitter/[ad name=”article4″]

The hack was targeted at Tampa mayor Bob Buckhorn on February 21, and occurred just ahead of the city’s mayoral election. Buckhorn claimed that he intends to “hunt down” the perpetrator in response to the attack.

While ICE_POSEIDON has yet to speak out on the matter via his social media accounts, users across Reddit are not pleased with the station’s coverage of the issue – with some arguing that he can sue for “defamation of character.”