A unique channel has risen to fame on Twitch after some incredibly tense hydraulic press action ended explosively and a clip of it went viral.

Hydraulic Press Channel is a popular YouTube account that has begun to stream some of its content on Twitch. As the name suggests, they use a hydraulic press to conduct experiments where they have fun crushing various things.

Usually, the press wins and manages to completely annihilate whatever it is put up against, but sometimes there is a worthy competitor that pushes it to its limit, yet, this time things took an unexpected turn. 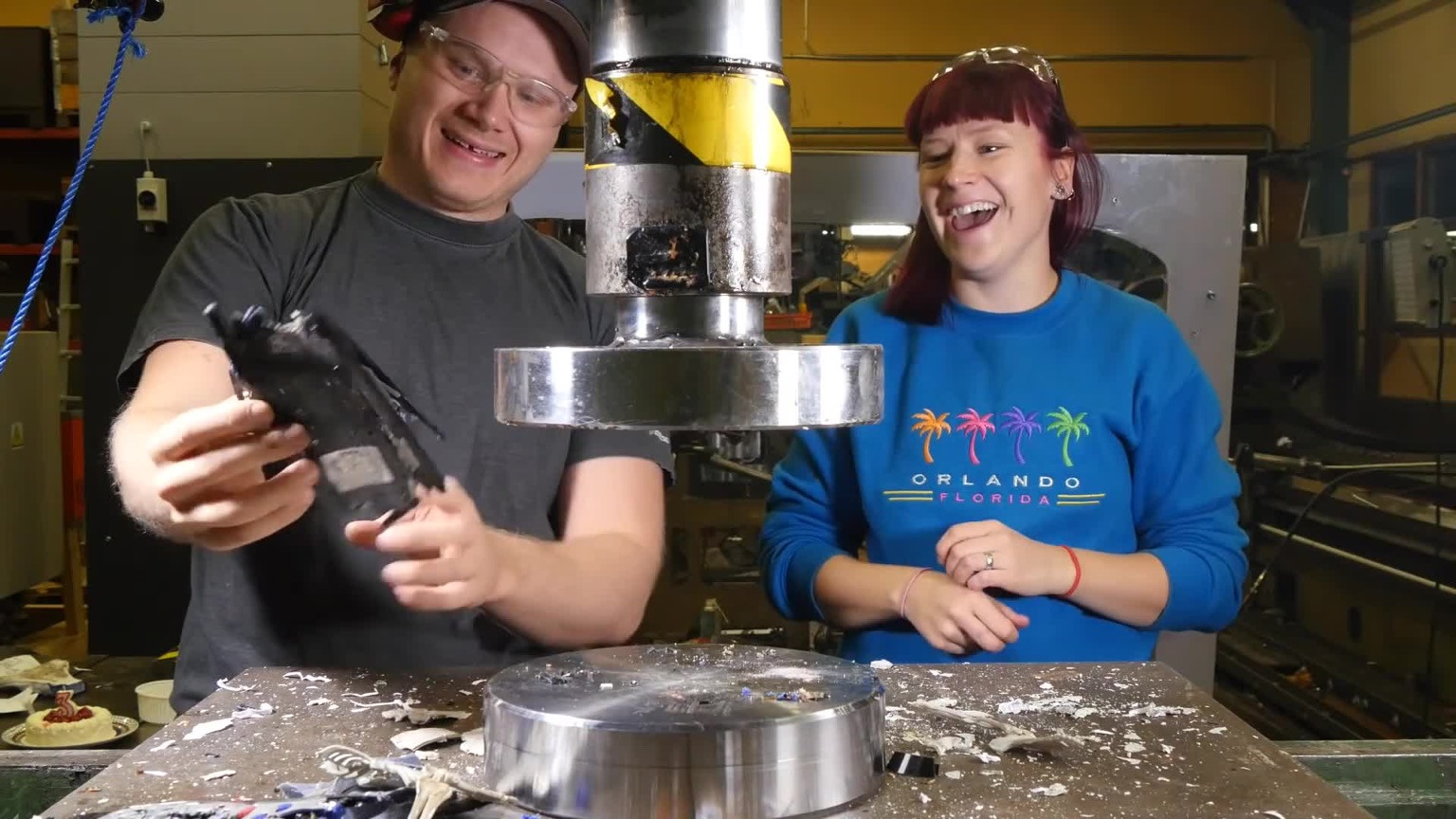 The Hydraulic Press Channel has been crushing things on YouTube since 2015.
[ad name=”article2″]

The Finnish YouTube team were streaming on Twitch on October 6 and had been attempting to crush a variety of item. Things started off well, but they eventually reached something they couldn’t crush as they put a large brass cylinder to the test.

It began to bend rather than fold as expected, but they continued to push it. The metal bent more and more, until it finally gave way, releasing a thunderous boom while splitting in two and flying across the room.

The team jumped in shock as the massive piece of metal unexpectedly flew around their workshop, but remained fairly cool, simply adding: “alright that wasn’t cool, we broke the window.”

Meanwhile, the chat freaked out, worried for the streamer’s safety as things could have gone very wrong. However, one of the stars of the stream and owner of the workshop, Lauri Vuohensilta, revealed why he wasn’t worried at all.

“It just went through two glass windows, so it’s not bad. Polycarbonate is 100 times stronger, so if it flew against the blast screen we would be completely fine” he said.

Some fans were still concerned later on, but Lauri took to the comments on Reddit to ease their fears, jokingly saying: “It would have been better if it hit the blast shield since then we wouldn’t have a broken window.”

They later continued their experiments, crushing a few smaller metals and even having a little bit of fun turning a rubber chicken and a play-doh duck into pancakes.

The Hydraulic Press Channel currently has over 2 million subscribers on YouTube and gains thousands of views on Twitch, so it’s unlikely that they’re going anywhere anytime soon, even after this kind of unexpected accident.