Popular Twitch channel GrubTruckers managed to catch the moment a fight broke out in front of their cameras as they served food to customers.

Twitch IRL (in-real-life) streamers usually can, and do, catch some of the strangest and viral moments on their streams. Be it running into a celebrity walking their dog, or even witnessing lions mating in a zoo, IRL streamers capture everything.

One popular IRL channel, GrubTruckers, has a more unique set-up than most, as they stream from their food truck with cameras on the inside of the truck, as well outside – capturing the process of cooking while also keeping a watchful eye on their patrons.

Sometimes, though, those outside cameras manage to pick up interactions that have nothing to do with their customers. 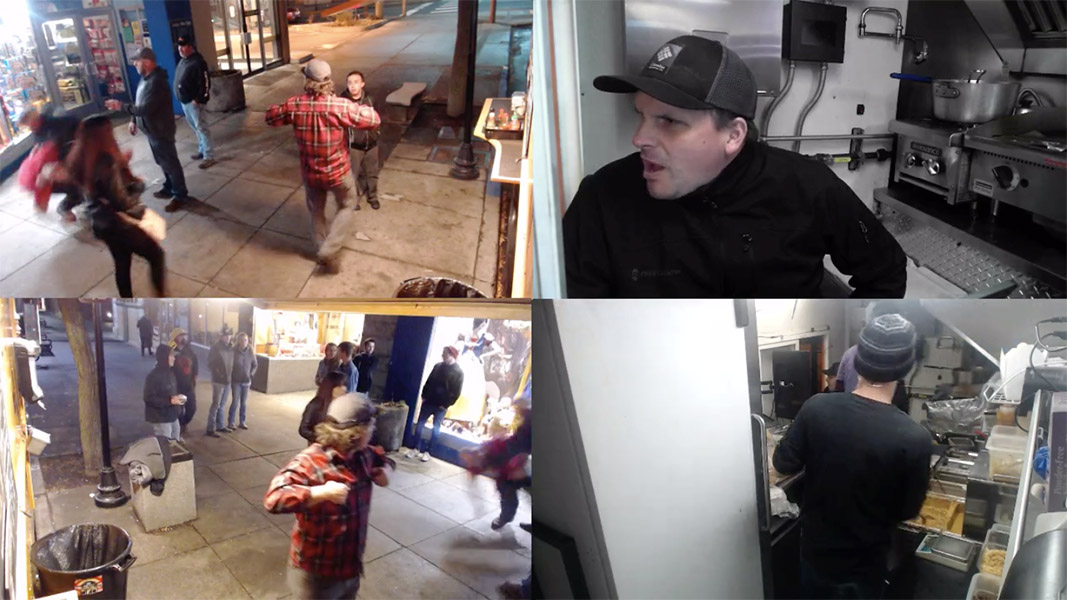 The Grubtruckers use different camera angles on their stream – capturing the inside and out.

That was no different during their November 15 stream, when the popular channel managed to capture the moment when one man was sucker-punched after an apparent disagreement.

As their cameras swapped to show all four views, the top-left hand box showed one man holding another back – seeming trying to prevent a fight from breaking out. As the guy who was being held back looked away from the other man he was arguing with, he was decked by a punch and fell to the ground.

The streamers took notice of what had unfolded and leaned forward to check if anything else was about to happen.

Thankfully, though, it didn’t, as other members of the public stepped in to help the guy who had been levelled get back to his feet.

Now, any fans fearing that they may see their favorite IRL channel hit by a ban likely won’t have to worry despite violence being shown on the stream.

Twitch implemented rule changes surrounding the context of these incidents and the streamers probably shouldn’t suffer any repercussions, given that it’s not fair to blame them for the behavior of others.