The streaming maestro Dr Disrespect is a jack of all trades and likes to prove it by playing a variety of games on his streams, but his CS:GO skills might need some brushing up.

The Doc’s ‘Triple Threat Challenge’ is a long-running series on his Twitch channel, where he will take on three or more games in succession, trying to win a match in each before moving on to the next.

In an especially long version of the challenge on December 18, Dr Disrespect had completed four out of his five games (a Fortnite duo and arena duo, Modern Warfare 2v2 and Halo Reach 2v2), before moving on to Valve’s title. 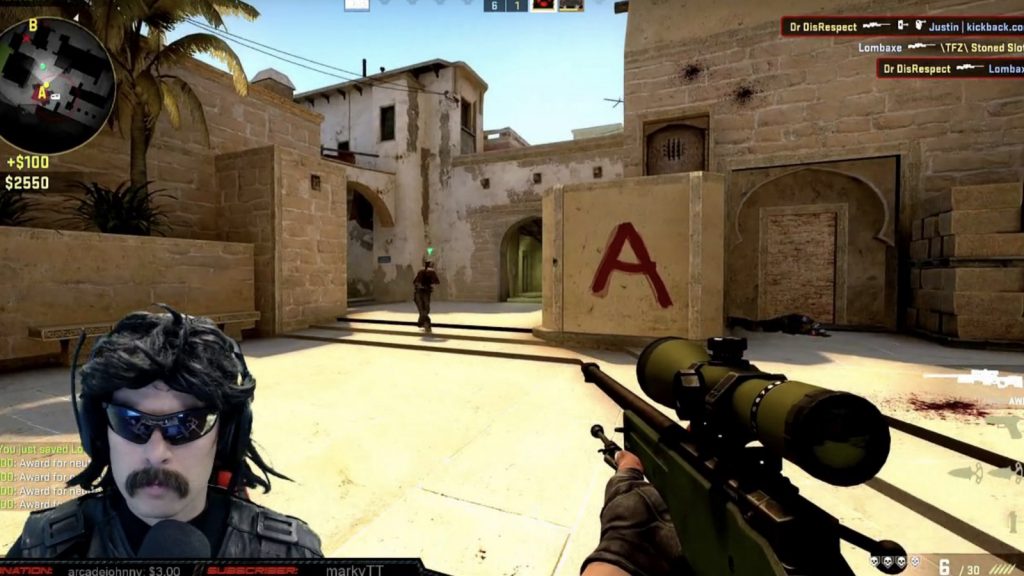 The Doc is known as the ‘Silver King’ in CSGO – mocking his low rank.

Despite his self-proclaimed gaming prowess, Counter-Strike has never been one of the Doc’s strongest suits, and his inexperience led to what will become a classic highlight from his stream.

Teaming up with 100 Thieves member and fellow streamer Jack ‘CouRage’ Dunlop, the duo headed in to a 2v2 Wingman match on Overpass, and started to build themselves up a healthy lead at 5-2.

But, as he grew in confidence, Doc tried to use his utility more. Flashbangs can be make or break, especially in Wingman, but a comedy of errors left the pair bent over in uncontrollable laughter.

Thankfully, their flashbang fumbles didn’t cost them the round, although they did waste considerable time as the Doc stared directly into CouRage’s flash and sent his screen bright white.

Closing out the round, and then another three, the pair finished the match 9-4, before deciding that was enough CSGO action for one night.

The pair then moved onto Apex Legends, where things actually proved to be more challenging, taking Doc and CouRage over an hour to snag their first win. Although, in fairness, they were at a one-man disadvantage the whole time.

Fans in his channel’s chat were desperate to see Doc play more Counter-Strike in the future, and it is something he’s dabbled in before. However, despite infrequent tries, he never seems to have become addicted to the game like so many others.