Incredible custom grenades would be perfect in CSGO - Dexerto
CS:GO

Incredible custom grenades would be perfect in CSGO

First it was weapon skins, then gloves and character models, but now Counter-Strike: Global Offensive players can get excited over grenade skins, with one player devising an awesome customization concept for the explosives.

Skins have rapidly grown in CS:GO over the last couple of years. While weapon skins and stickers have been a mainstay since the game’s release, Valve has expanded skins to gloves, in-game graffiti, music kits, and even character models in-game.

While some thought that almost everything had been covered, there was one thing people forgot about — grenades. The explosives aren’t really conducive to having a painted design, but one player rethought the concept of what a skin was in CS:GO to show off some amazing customizable grenade pins. 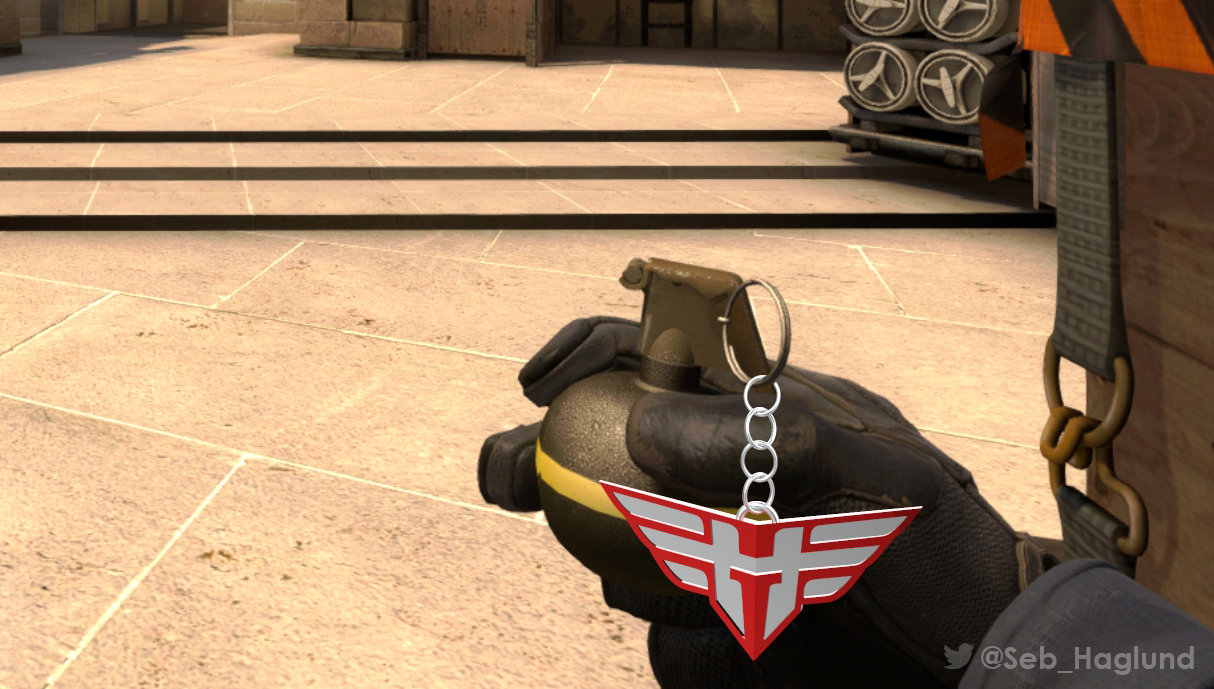 What do you think of this grenade pin concept?

The grenade pin skins are similar to Rainbow Six’s charms, which dangle off the side of your weapon when equipped. They hang off the back of the grenade, getting pulled off every time you get ready to launch them.

They were designed by Sebastian Haglund, an industrial designer by trade, and a CS:GO fan at heart.

The designer said he’s had the idea for around “two to three years” before forgetting about them after he stopped playing. Having started back up again, he took the concept he once adored and modeled it up, much to the delight of the community.

I've had this idea of customizable grenade pins/keychains to #CSGO for a while. Basically #skins for the grenades, with the possibility of buying team editions to support teams when a CS:GO Major comes around. What do you guys think? @valvesoftware @CSGO @astralisgg #gaming pic.twitter.com/WaCenVFcoj

There’s plenty of options to take the customization even further than just default pins. Haglund added that having “the possibility of buying team editions to support teams when a CS:GO Major comes around” would be a great idea as well.

Reddit user ‘2ez4babushka’ even suggested a StatTrak model of the grenade skin, allowing players to count how many nades they’ve thrown.

“Make them also StatTrak so every pin you remove gets counted as Valve count our money,” they said.

Haglund suggested that the pins be put in a capsule and distributed, much like how stickers work in CS:GO.

“I don’t think it should be priced as highly as a full weapon skin box due to the item being smaller and less complex to make,” he said.

If grenade pins eventually make their way into the game, you will not only be able to throw your utility like Astralis, but throw it with them as well.

Now, the only thing left to customize in CS:GO is the humble Zeus, and then you can run out onto Dust II looking a million bucks no matter what’s equipped.