David Dobrik reveals what he wants to do after vlogging

David Dobrik has revealed what he wants to do after his life of vlogging on YouTube, during a video with friend and fellow YouTuber Jeff Wittek.

Dobrik went on Wittek’s YouTube series, Jeff’s Barbershop, in which he brings on guests of interest and has a short interview-style discussion. In recent episodes, he’s cut and interviewed the likes of Jason Nash, Josh Peck, and EDM DJ Dillon Francis.

Naturally, this led to a discussion over what Dobrik’s plans for the future are, and he had a bit to say about where he thinks he’s going to end up. 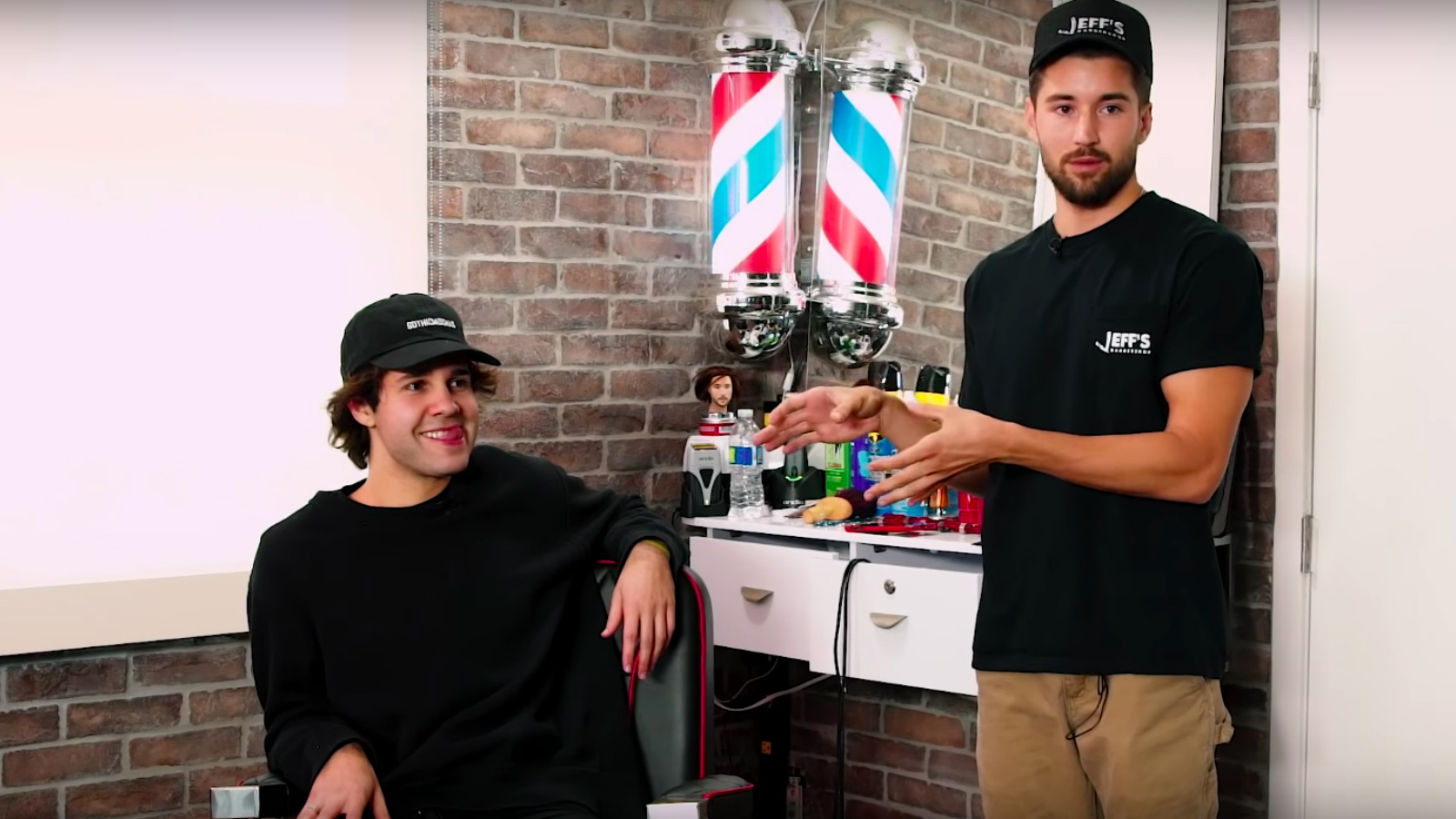 Dobrik has accrued over 14 million subscribers on YouTube.
[ad name=”article2″]

During the haircut, Jeff asked David, “Where do you see yourself in 10 years?”, to which David gave a very honest answer.

“If I’m still vlogging in 10 years then something has either gone really wrong or extremely right,” he said, suggesting that vlogging definitely isn’t a long-term prospect in his mind. “If I can keep it up for 10 years, that means I’ve figured out some kind of secret source of life to keep me going, or I’ve hit rock bottom.”

He was then asked what he wants to be when he grows up, to which he responded: “I think I want my own show… Something like a talk show, an Ellen Degeneres type of show would be great.”

As an entertainer and impromptu comedian, Dobrik explains that he would suit the ‘late night show’ style of TV. “I guess a late-night show would be the best. But I don’t know if late night is still popping. It needs to be something new.”

Dobrik seems a great fit for a talk show, as his energetic style and eye for what makes good content is something not many can replicate.

He has amassed over 14 million subscribers on his main channel, and many of his videos consistently attract over 10 million views each.

And, with experience on-camera and in front of live audiences, it wouldn’t be surprising to see the Slovakian-born star heading up his own talk show in ten years’ time.