Popular Fortnite streamer, model and YouTuber Corinna Kopf made the surprise jump from Twitch to Facebook Gaming in late December — but not everyone is happy with her success on the platform.

While Kopf has been a target of online harassment since the beginning of her romance with Fortnite pro Turner “Tfue” Tenney in March 2019, the content creator is coming under fire once again following her major streaming switch later in the year.

However, she’s proving that words can’t bring her down, as shown by her humorous response to a hater asking her to break up with Tfue, among a slew of other sexist insults. 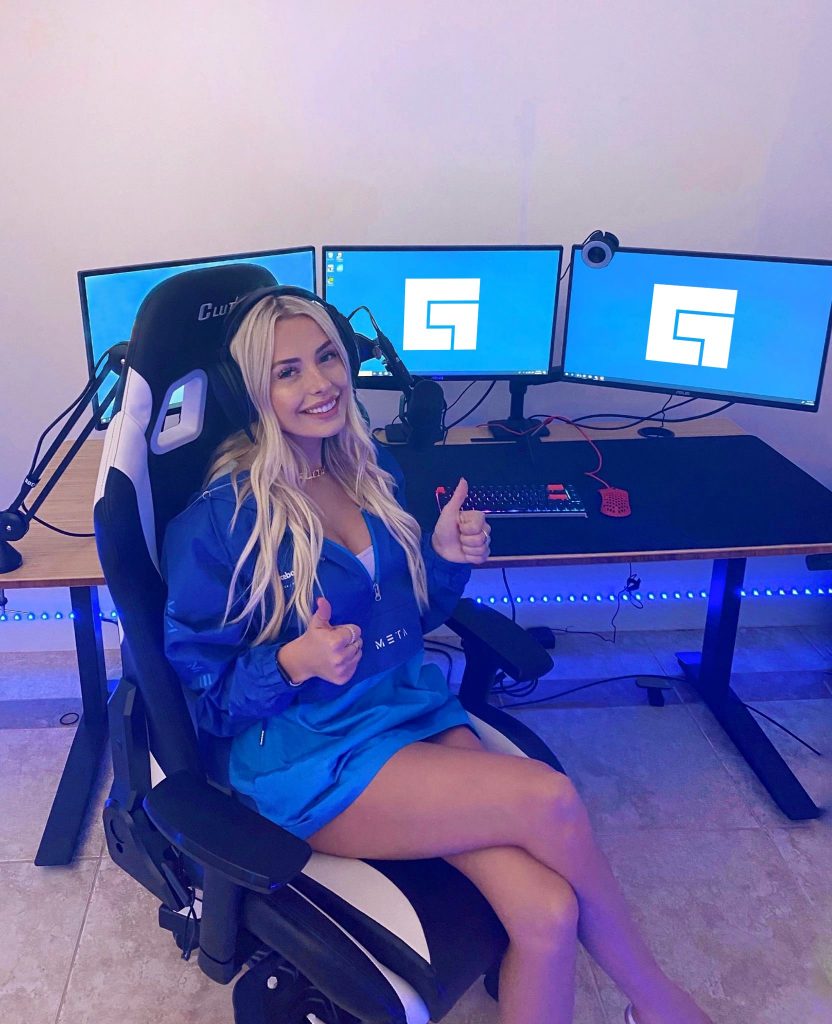 YouTuber and streamer Corinna Kopf made the massive jump to Facebook Gaming, in wake of fellow streamer “Disguised Toast’s” move a month prior.

“Disgusting wh*re,” the now-deleted Tweet read. “No one is gonna take your relationship with Turner seriously. And you’re gonna be known as a sl*t for the rest of your career, you realize that? @Tfue dump her bro.”

Kopf took the exceedingly hateful remark in stride, replying by tagging her beau and echoing the hater’s sentiment a la the “condescending Spongebob” meme. “Dump me bro @Tfue,” she wrote. 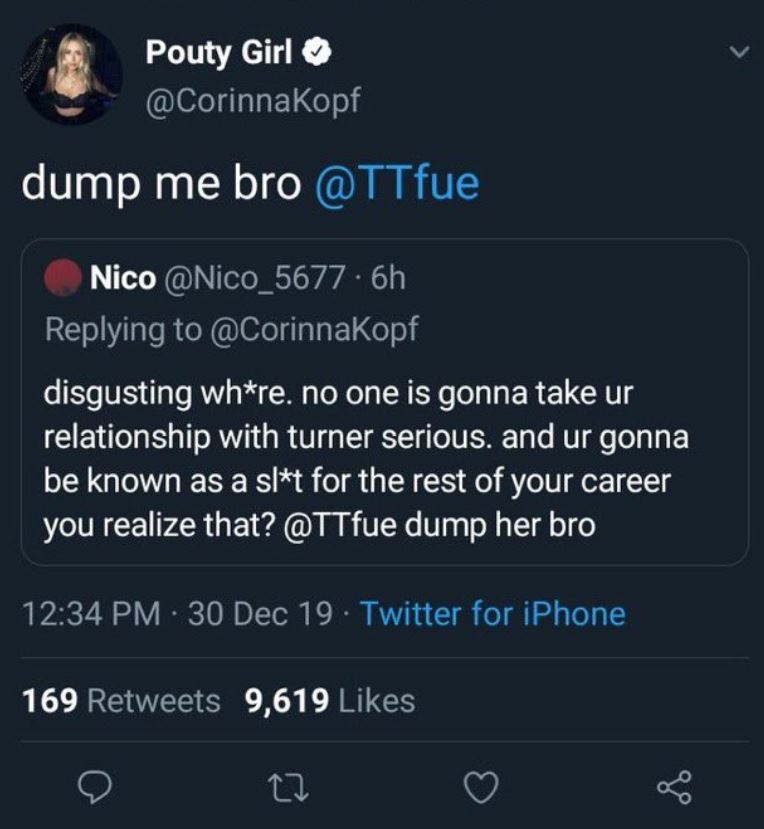 Tfue himself even chimed in on the matter, replying to Kopf’s tag with a gif of a dump truck emptying its contents into a river as though to further mock the fan’s ridiculous comment.

This isn’t the first time Kopf has received vitriol in wake of her move to Facebook Gaming, by far: in fact, the streamer butted heads with Drama Alert’s KEEMSTAR shortly after her announcement, with KEEMSTAR appearing to insinuate that Kopf’s success was purely driven by her relationship with Tfue.

Much like her reaction to the angry hater, Kopf took KEEMSTAR’s “gold-digger” accusation in stride, writing, “C’mon keem, we have so much in common! We both have careers because of other people.”

c’mon keem, we have so much in common! we both have careers because of other people ? https://t.co/wO25NEkhxO

Kopf’s switch to Facebook Gaming follows her divisive ban from Twitch just a few weeks prior, which came about due to a year-old clip that featured the streamer adjusting a lace bralette beneath her shirt.

Now, she has found success on another platform — a huge win for her, in spite of her haters’ misguided abuse.