Popular Twitch streamer and Fortnite pro FaZe Tfue may have let slip his involvement with Instagram model Corinna Kopf, as told by an incriminating picture on his Instagram story.

Tfue posted an image of himself hoisting a blonde-haired woman on his shoulder on March 3, with the caption, “She used code Tfue” – complete with a black heart.

The streamer went on to confirm the identity of the woman as Corinna by tagging her account beneath the photo, further confirming their possible romantic involvement. 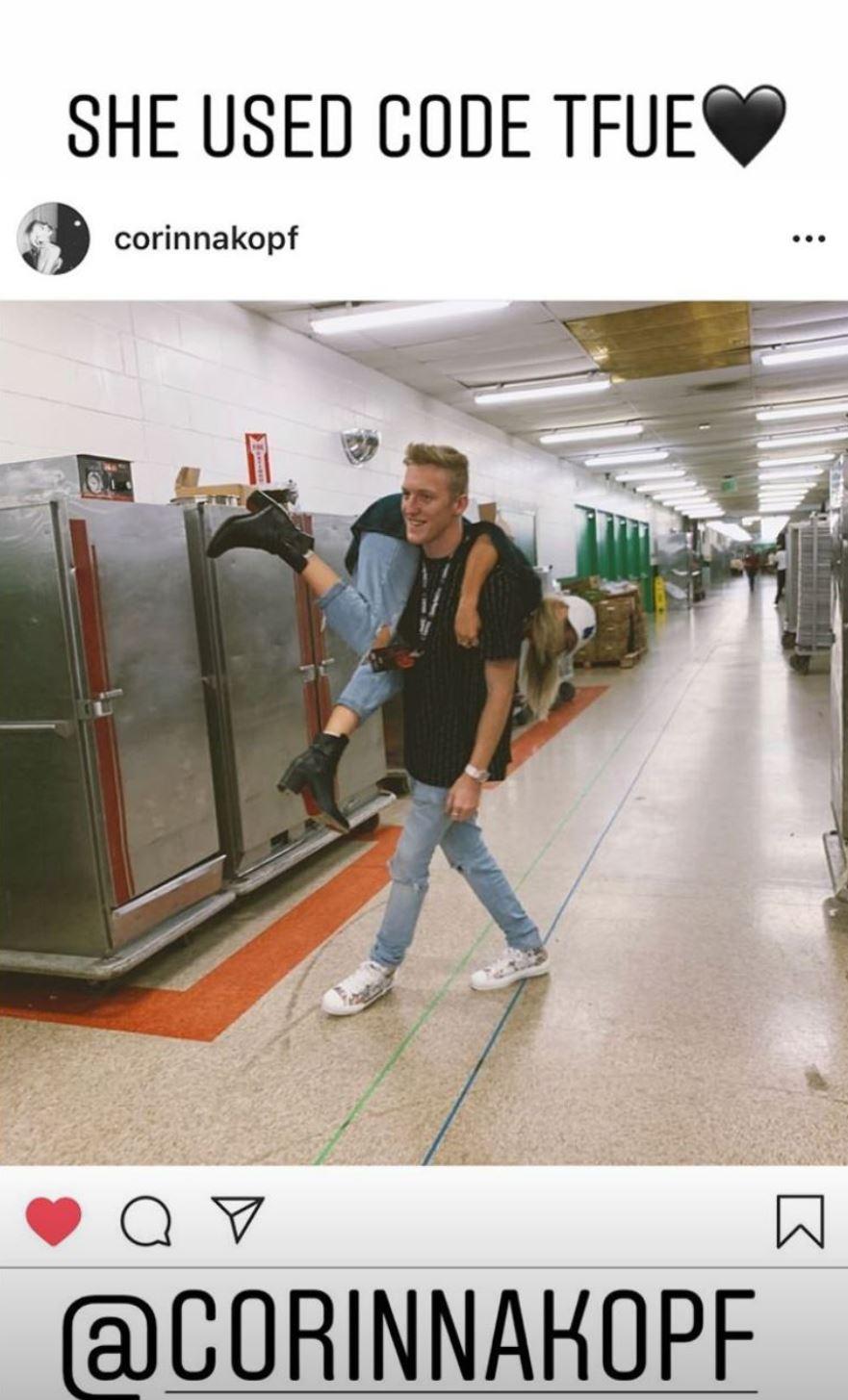 Tfue appeared to confirm a possible romantic relationship with Instagram model Corinna Kopf, as evidenced by a revealing photo on his Instagram story.
[ad name=”article2″]

Tfue’s latest picture follows a slew of rumors between the two that surfaced in December 2018, after one streamer claimed to have seen the two at a party hosted by actress Bella Thorne.

That’s not all; the two were later caught in a vlog taken at MrBeast’s $100,000 circle challenge, prompting mass speculation that the two were dating.

However, Tfue brushed off these rumors in DMs with Drama Alert’s KEEMSTAR, going on to claim that he and Kopf were “just friends” in an interview with The Hollywood Fix.

Kopf herself recently broke off a casual relationship with Logan Paul, after being spotted with the YouTuber at a Lakers game in early January.

Paul and Kopf broke off their relationship, after Corinna sent a suggestive tweet to rival KSI.
[ad name=”article4″]

In fact, Paul insinuated that Kopf “runs through the YouTubers,” following her suggestive tweet toward KSI on Valentine’s day – which appeared to rub Paul the wrong way, as stated on an episode of his ‘imPaulsive’ podcast.

Now, it appears that Kopf is openly seeing Tfue, as she posted their photo to her own Instagram account, as well.