Caged Twitch streamer ‘johnny_now‘ cut his 30 day project short because of what appears to be a series of unfortunate events that just got too much.

Johnny set himself the challenge to stay in a cage in his home for 30 days straight, and promised to stream the entire thing on Twitch for viewers to watch – kind of like Big Brother.

Unfortunately, the cage-dweller cut the challenge short on October 21, just 13 days ahead of the end date, and it appears to be because a string of unfortunate events caused it to get overwhelming.

A viewer threatened the streamer

One of the reasons for the early cutoff could be because of a series of threats made by a viewer. While the details are mired, on day 17, the streamer was seen ranting about someone in his Twitch chat.

“People on the internet trying to tell you how to live your life,” Johnny read out from his comments. “I know the guy, that’s the problem!” he replied, before revealing a possible doxxing threat. “It’s not just that he knows my address, it’s that he says he’s gonna come over, and I know the guy too!”

“And listen,” the streamer continued. “I just don’t want to do what I have to do, which is get in a corner and cry because I’m in a cage and can’t do anything.”

His girlfriend Queen then asked “What did he say?” before he replied, “let’s not talk about it” multiple times. Whether he just didn’t want to get into it with her or didn’t want to say anything on a public stream is unknown.

He was later seen getting into an argument with his partner, but the audio was covered by music, though it is thought to be because of the threats.

Someone accused him of being c*cked

In the same broadcast, Johnny got visibly agitated after a viewer known as “Adam” commented on the fact that the streamer’s girlfriend was talking to another man.

“Uhm, Adam… Seriously, dude, can you please stop with the racist sh*t? My girlfriend was talking to my best friend in the world, okay?” he ranted. “And they were having a lovely chat together. You just saw my girlfriend talking to a guy with a different skin color, and you think I’m some kind of c*ck because of it.”

He then accused the viewer of racism. “Don’t try and tell me you’re not a racist because I know you are. I know that’s why you’re upset, because my girlfriend’s talking to a guy with a different skin color. His f*cking wife was beside him the whole time! His wife of EIGHT YEARS! This is your last warning.”

In a rather bizarre twist, it was revealed that somebody had been impersonating Jeffrey Jey from band Eiffel65 in the streamer’s Twitch chat. While some believed it was actually the singer at first, an investigation was performed and it was found not to be him.

“The culprit came clean,” Johnny said on his Instagram story. “I didn’t actually meet Jeffrey from Eiffel65, but I’m not upset because they made my life for a night, and it was a good troll.”

He then finished by saying, “It was very convincing, and I don’t want to be a clown any more so… Sorry guys, sorry to let you down.”

It’s hard to say whether it was just the viewer’s threat or a combination of all of the above that led to the streamer ending his challenge early, but later that same day on October 21, he revealed that he was done.

A Discord message allegedly posted by him in his server claimed that he was leaving the cage ahead of schedule to work on his relationship with his girlfriend.

“We’re sorry that the cage season 2 was cut short. Cage City has always been about doing what’s right for redemption. I can’t express to all of you how much you’ve helped me on my journey to be a better person. I have to take this time and focus on my relationship with Queen.

She has always been the most important part of Cage City and when the queen is in need I must put everything aside and focus all my energy on that. I’ve always preached that life is a carousel, and without the lows we can’t appreciate the highs. The most important thing is buying a ticket, and experiencing the ride.

We love you CAGE CITY thank you to everyone for everything, I feel I have a thousand friends from all over the world now and I’m the luckiest person alive. I hope I get to meet you all someday. I’m sorry my friends but we need some time, so this is goodbye for now. There’s beauty in the ending because now we’re free to do anything. Cage city will never die because it lives on in our hearts. Viva Portugal.”

Johnny also posted a message to his Instagram story to announce the end of his 30 day challenge. 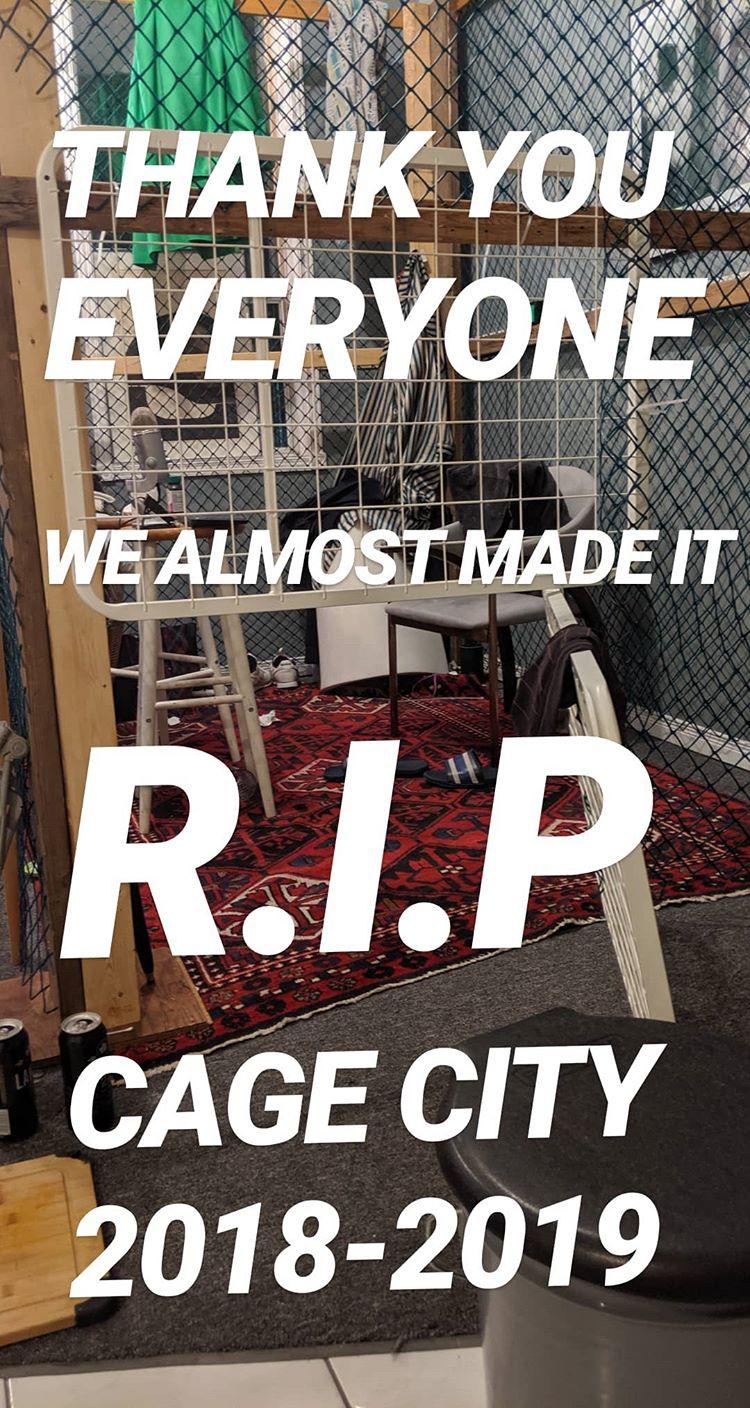 The streamer ended his Cage City challenge for good.
600

The streamer spoke to Dexerto about his experiment back on October 4, and said, “I’m going back in the cage because I do see it as a very cleansing experience. I had never felt better than when I left the cage for the first time after 30 days. As for my future with Twitch, the cage could either reinvigorate my love of streaming or crush it.”

He had previously endured a similar challenge back in 2018, at an attempt to curb soda and fast food addictions.