Twitch streamer PapaLuii14 was left red in the face after completing an ultra-difficult song on the Beat Saber VR game only to be told that he hadn’t, in fact, streamed his run.

As many streamers have taken up virtual reality games on Twitch, usually a horror title that prompts screams, or even first-person shooters, Beat Saber has been one of the more popular and long-standing ones around.

In the game, people are stood in the middle of the screen as blocks fly at them – with their speed being dependent on the chosen difficulty. Some are, as you may expect, incredibly fast and take insane performances to complete, so being able to pull it off in front of your viewers is a huge accomplishment. Yet, it was more embarrassment than success for PapaLuii. 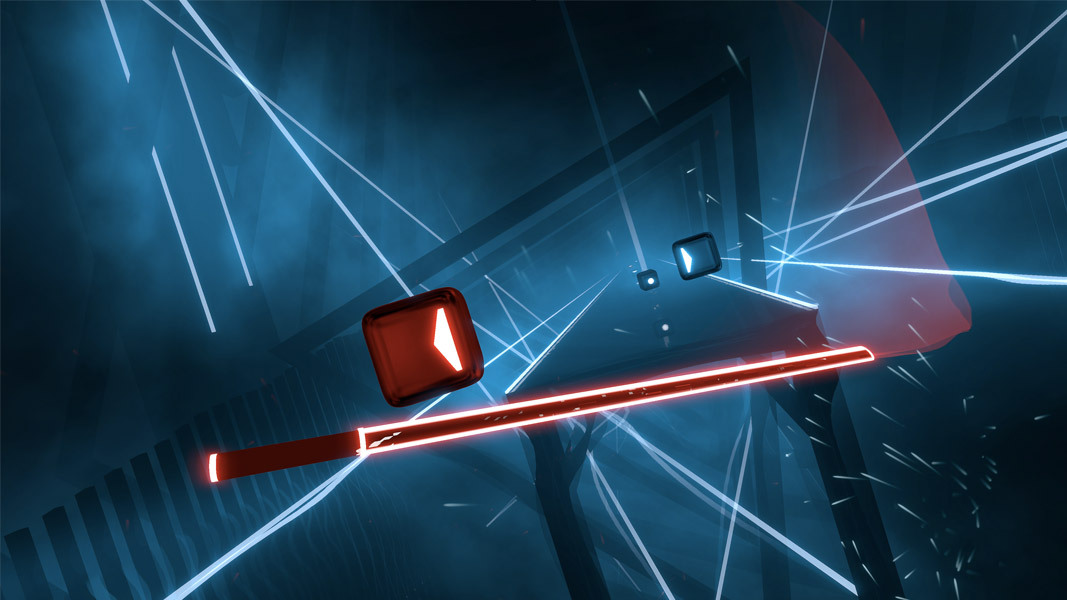 Beat Saber is a popular title with VR Twitch streamers.

During his October 3 stream, the streamer had been looking to beat the ‘Bloody Stream’ level and began doing so after checking Discord messages. However, as he was flailing his arms about, viewers were spamming the chat by telling him they’d couldn’t see and had been looking at his Discord.

Instead of quitting, the streamer continued on – seemingly unaware. Yet, moments after completing it, he realized his mistake, falling to his knees, putting his heads in his hands, and remaining pretty speechless.

After getting his stream set-up rectified and putting the game back in full view of the broadcast, PapaLuii14 tried to run it back – starting the insane level all over again.

Yet, on his first few attempts, he wasn’t able to replicate the magic of his initial run as the streamer failed multiple times within the first few beats. Despite those fails, it didn’t take long for him to inevitably make up for the mistakes by beating the tough level and even setting a brand new high-score in the process.

Though, maybe next time, PapaLuii14 will want to check that everything is in order before the first go around – just to make sure there is no need for any other attempts.

You don’t want to pull off some magic and be unable to pull a rabbit out of the hat at the second time of trying.