Baffled Pokimane reveals her underwear was “lost” during house move

Twitch powerhouse Imane ‘Pokimane’ Anys has revealed a strange story regarding the fate of her underwear, bras, and socks, following her recent move to her “dream house”.

Towards the end of November, the streamer revealed to her massive Twitch audience that the entire OfflineTV crew, which consists of other popular streamers such as Jeremy ‘DisguisedToast’ Wang, Lily ‘LilyPichu’ Ki, and William ‘scarra’ Li were moving out of their home and into a new abode, with Pokimane calling their new digs “a literal dream house.”

“I am so excited and so happy I can finally tell you guys,” she said. “We’re moving into a literal dream house. It’s unbelievable, I can’t wait to show you guys.” She confirmed that the new house is still in Los Angeles, but it doesn’t sound like the entire move went to plan.

On December 2, Poki revealed that a number of her clothes had gone missing when she moved across the Californian city, specifically her underwear.

“All of my bras, undies, and socks were “lost” in the move,” she tweeted. “What the f*ck.” She then thanked Amazon Prime for replacing all her lost items speedily.

However, many Twitter users were quick to interpret the tweet cynically, suggesting that her underwear had been taken, with some even joking that it will soon appear for sale online.

It certainly seems suspicious that the only items Pokimane lost were her undergarments, but there is always the possibility that it is just an unofrtunate coincidence.

Anys’ putting “lost” in inverted commas suggests she is just as suspicious as many of her Twitter followers.

It is not the first time Pokimane has experienced bizarre interactions with people, revealing back in October that she needed a bodyguard at TwitchCon after receiving some strange messages. 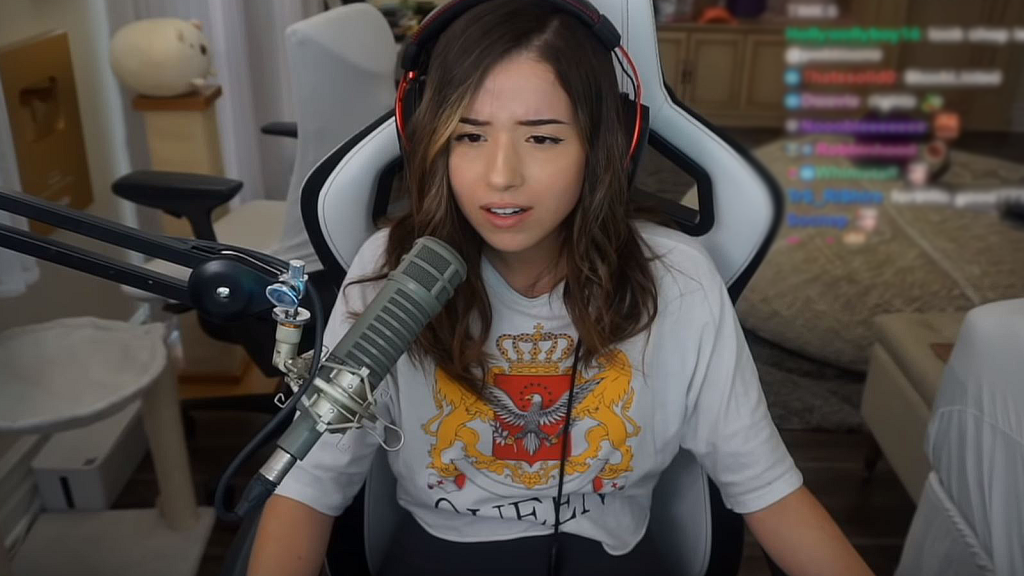 Pokimane was baffled by the disappearance of her clothes.

Poki appeared to laugh the situation off, replying humorously to a number of fans who joked that they were behind the clothes’ disappearance.

Fellow streamer iGumdrop joked that it was actually her cat Ebi who was the culprit, posting an image of her feline friend standing guiltily beside a box with “bras/undies/socks/ scrawled on it, with Pokimane tweeting back an angry face before admitting that the cat was too cute to be mad at.

Others joked that Greekgodx was the likely culprit, tagging him in the tweet, with the 23-year-old jokingly replying that she couldn’t “believe he’s doing this instead of streaming.”

can’t believe he’s doing this instead of streaming smh

Thankfully it seems like the lost items have been quickly replaced, and Pokimane can focus on getting settled into her new Los Angeles house with the rest of the OfflineTV crew.