The world’s best CSGO teams are getting ready for the next stage of the IEM Katowice 2019 Major, and esports journalist Richard Lewis thinks the tournament has the potential to end up with the largest audience Twitch has ever seen.

CS:GO tournaments routinely sets the achievement for most concurrent viewership on Twitch. Since the last major, the game has introduced new developments that Lewis thinks will could be the contributing factors for a record year.

In an episode of the Dexerto Talk Show, Lewis pointed to the game’s new Free-to-Play model and the release of the Danger Zone battle royale as important introductory points that might attract more audiences to the tourney. 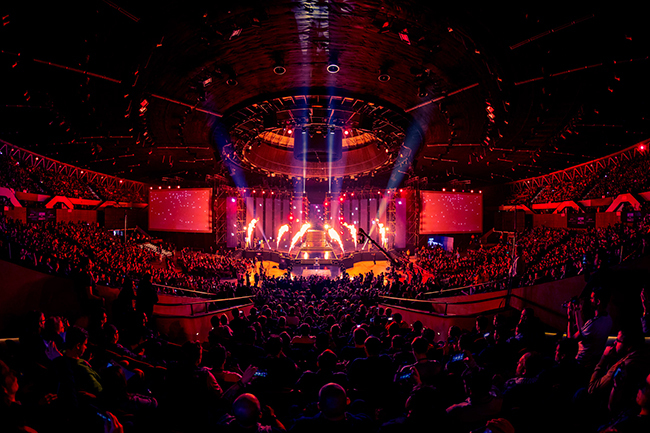 CSGO has seen incredible audiences both in the stadium and on Twitch, but this year’s IEM Katowice could be bigger than past events.

“There’s actually an argument to say, coming into this Major, there’s a good chance that a lot of people rubber-neck and what to see what the fuss is about,” Lewis said. “Badabing-badaboom, we do break the record for this one.”

According to Gamoloco, CSGO’s peak concurrent viewership for the 2018 Boston Major hit 1,130,000, but that could be dwarfed this year after numerous changes to how players can access the game.

“Is Counter-Strike in trouble,” Lewis said. “Highest ever peak place it’s ever had since the game was release, recently went free-to-play, Valve just negotiated an agreement with China to have it on the Chinese version of Steam…. I can point to all these things and tell you why Counter-Strike is still at an uptick…”

Although Lewis thinks that there’s a possibility IEM Katowice doesn’t break the record, CSGO has enough steam going for it heading into the final stages of the Major where it has the best chance of doing so.

The New Legends Stage for the IEM Katowice 2019 will feature huge orgs such as Astralis, FaZe Clan, Team Liquid and more on February 20.