Although the second roster change window of the CWL Pro League opened up on April 5, major announcements have been few and far between since.

There has certainly not been a shortage of leaks and speculation, however, especially regarding Envy’s roster going into the upcoming CWL London major tournament.

On April 16, Crimsix posted a video on his Twitter page which showed him and his OpTic team in a scrim match against Envy.

The video, which had been taken and sent to him by Damon ‘Karma’ Barlow, included two players on the opposing team that aren’t on Envy’s official roster – 100 Thieves’ Maurice ‘Fero’ Henriquez and former G2 Esports player Jacob ‘Decemate’ Cato.

You can view a higher quality version of the video above HERE.

Crimsix ended up taking the tweet down shortly after putting it up, presumably because he had been told that the video included names of players that hadn’t officially joined Envy yet.

All indications are that Crim did not have any intentions of leaking Envy’s roster but was rather posting the video just to show Karma hilariously roasting their teammate Seth ‘Scump’ Abner. 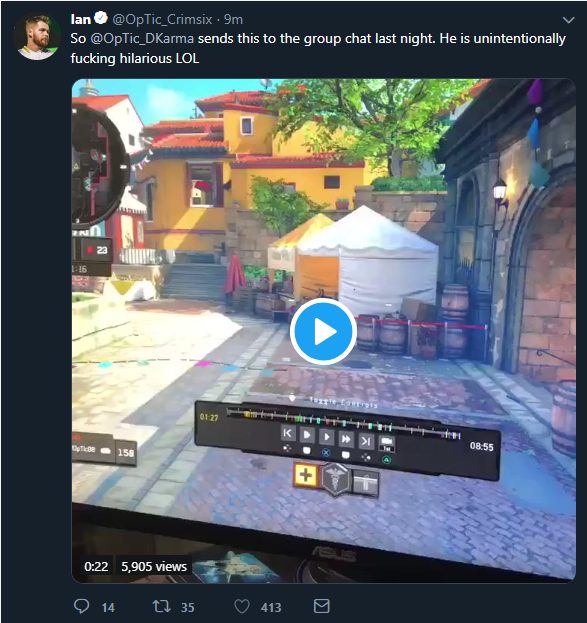 Shortly after the video appears on Crimsix’s Twitter page, Envy player Justin ‘SiLLY’ Fargo tweeted at the OpTic star, calling him a “meathhead.”

While the tweet appeared to not have any context, everyone soon realized it had to do with the video, after which Scump himself even had a go at Crim for being careless.

This matches up with recently leaked intel from the mysterious insider known as the CoDBurner, who had initially reported that this would be the roster several days prior.

Even Fero and Decemate had put out their own tweets hinting at a reunion, after the longtime duo had last competed together as part of the now-disbanded eRa Eternity org during the WWII season. 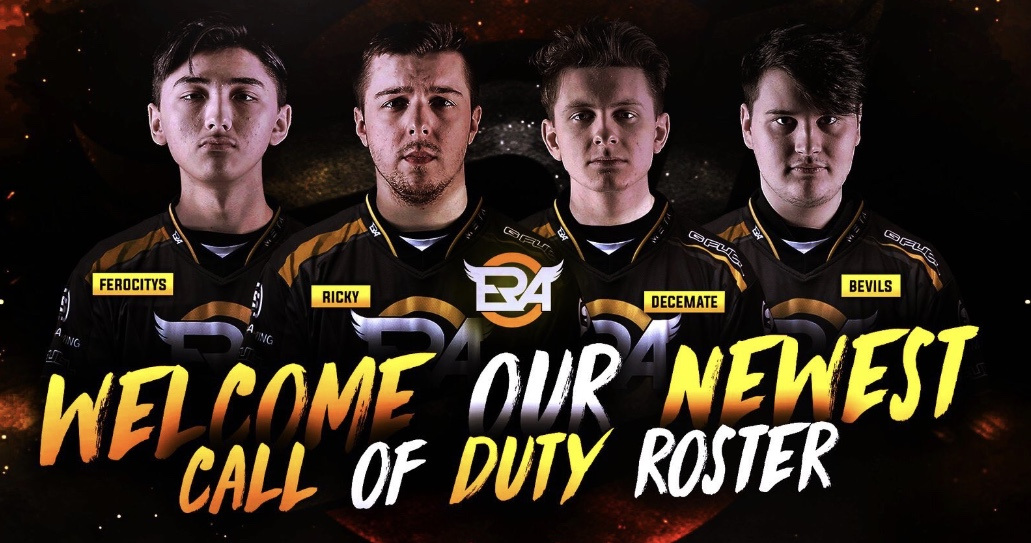 Fero and Decemate last competed together for the now-disbaned eRa Eternity team.

As for the corresponding roster moves, Envy will likely be dropping Bryan ‘Apathy’ Zhelyazkov and Adam ‘Assault’ Garcia to make room for the two new players.

There are indications that Apathy has already found a new org to play for, as a screenshot taken of a scrim lobby showed a brand new roster featuring the defending World Champion with his former Envy teammate Jordan ‘JKap’ Kaplan, who is on his way out of eUnited.

Now that pretty much everyone is aware of Envy’s plans, it shouldn’t be too long until they announce their new roster before heading over to face eUnited, Red Reserve, and Evil Geniuses in Pool C at CWL London.