Popular Twitch streamer and ex-Call of Duty pro Nick ‘NICKMERCS’ Kolcheff has shared his powerful Striker 45 class, that he uses to take down enemies at close to medium ranges in Warzone.

When it comes to Warzone SMGs, a couple remain dominant in the game’s current meta. From the MP5 to the MP7, there are only a few SMGs that can compete with the best ARs in Verdansk’s current build.

The Striker 45, Modern Warfare’s Season 2 DLC SMG, is probably not very high on this list for most players. NICKMERCS, however, has revealed his favored Striker loadout, that he uses to dominate in Warzone. 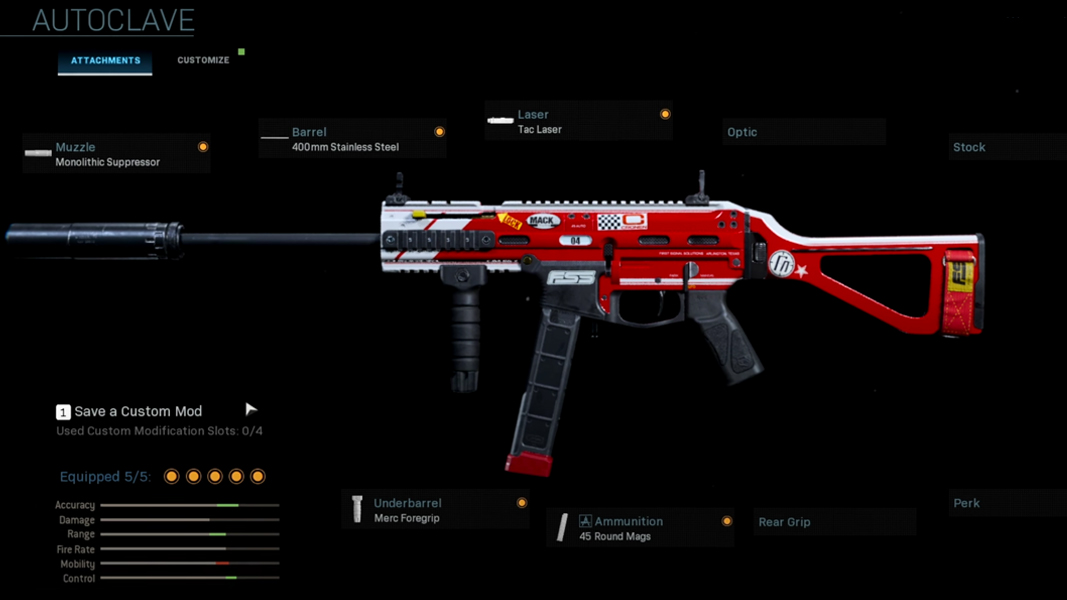 The class is certainly designed for Warzone. There is a clear emphasis on improving the Striker’s range and reducing its modest recoil. The Merc Foregrip, 400mm Stainless Steel barrel, and Monolithic Suppressor will see to these improvements, with the latter also keeping players off enemy radars.

The 45 round mags are also a necessary addition in Warzone, allowing players to take down multiple enemies without the need for reloading. With armor giving players extra health, extended mags are a sensible attachment on nearly every weapon.

Finally, the Tac Laser speeds up the Striker’s ADS time and improves hip-fire. This should enable you to land the first few shots in any gunfight, instantly giving you the upper hand. There is also no need for optics – a fairly minor caveat given the gun’s viable iron sights.

Kolcheff explains that, while he had never actually used the Striker 45 prior to this Autoclave class, he was encouraged to by YouTube comments.

“Full transparency,” he said. “Going into these games I was thinking no shot, no chance, no way – but I somehow drop a 32-kill game with this gun. It’s got no recoil, the hip-fire is actually pretty insane… it’s still a viable weapon.”

Nick used the Striker behind the Bruen Mk9 LMG, which has grown to be one of the game’s strongest long-range weapons. The two together enabled him to dominate at all ranges. If you want to do the same, stick this Striker loadout on, and check out our recommended Bruen setup. Good luck, gamers.