The popular .357 Magnum in Infinity Ward’s Modern Warfare might be the most broken gun in the game today as the Call of Duty community has uncovered some inexplicable headshot detection issues.

Modern Warfare has been the focus of dedicated Call of Duty players around the world since its release on October 25, however new bugs and glaring issues are continuing to pop up on a rather frequent basis.

From lethal chairs to an assortment of XP-related glitches, developers have had their hands full of late. Despite this, a recently discovered oversight involving the .357 Magnum should skyrocket to the top of their list of fixes as the popular weapon appears to be the most flawed in Modern Warfare today. 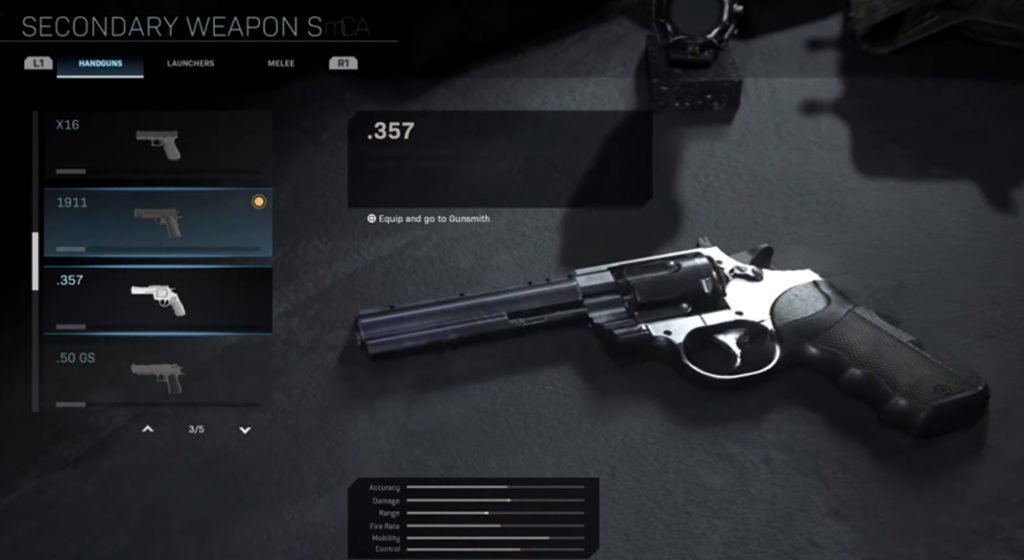 The .357 Magnum is one of the most damaging secondary weapons in all of Modern Warfare when shots register properly.

Demonstrated throughout a December 29 video, Reddit user ‘XoRDroopy’ and a teammate noticed some wild inconsistencies when aiming for the head with the one-shot-kill .357 Magnum.

Despite being regarded as one of the smoothest First Person Shooters on the market, the sidearm appears to be heavily flawed, resulting in a staggering percentage of missed shots.

“There’s no way,” one of the players stated, astonished at just how many blatant headshots were flying straight through the target directly in front of him throughout a period of rigorous testing on Shipment.

.357 Magnum inconsistencies proven, can’t hit the top of heads and the sights are off (test) / skip to 28 seconds from modernwarfare

A sidearm that has appeared in a number of Call of Duty titles, the weapon holds six rounds and despite a slow fire rate, remains one of the most widely regarded secondary tools due to its devastating power.

Continuing to test with a number of attachments, it turns out that only headshots are impacted by inconsistent hit-detection. Even the Munitions Box Field Upgrade was seemingly invincible as shot after shot magically phased through the ammo supply.

Various scopes were also put to the test yet each appeared to come with its own slate of issues. Aiming at the very top of an opponent’s head seemed to almost always result in a missed shot. Therefore, when utilizing this weapon in the future, players should aim closer to the nose if they actually want to secure the elimination.

“This is one of the reasons why I pretty much stopped playing. Guns just have a random chance of flat out missing. Doesn’t matter if you’re ADS and point-blank,” Reddit user ‘icehuck’ explained in response to the issue, outlining the severely negative impact broken weapons can have on the CoD player-base.

Comment from discussion .357 Magnum inconsistencies proven, can’t hit the top of heads and the sights are off (test) / skip to 28 seconds.

The investigative duo concluded that the Snakeshot ammo type worked more often than regular bullets, however even this upgraded variant proved ineffective from time to time.

While Infinity Ward has been quick to comment on a number of recent issues plaguing the latest entry in the Call of Duty franchise, developers are yet to comment on this hit-detection oversight.