A new bug found in Call of Duty: Modern Warfare during the Christmas period has left fans astounded as they’re unable to rank up or make progress in-game.

Modern Warfare has faced some criticism for a number of issues since launch in October 2019, but an inability to progress, earn XP, complete challenges and level up camos may be enough for some fans to get seriously annoyed.

Much of the player base enjoys completing challenges and unlocking new cosmetics for their weapons, so this bug, if persistent, could halt some players’ grinds to complete the game in its entirety. 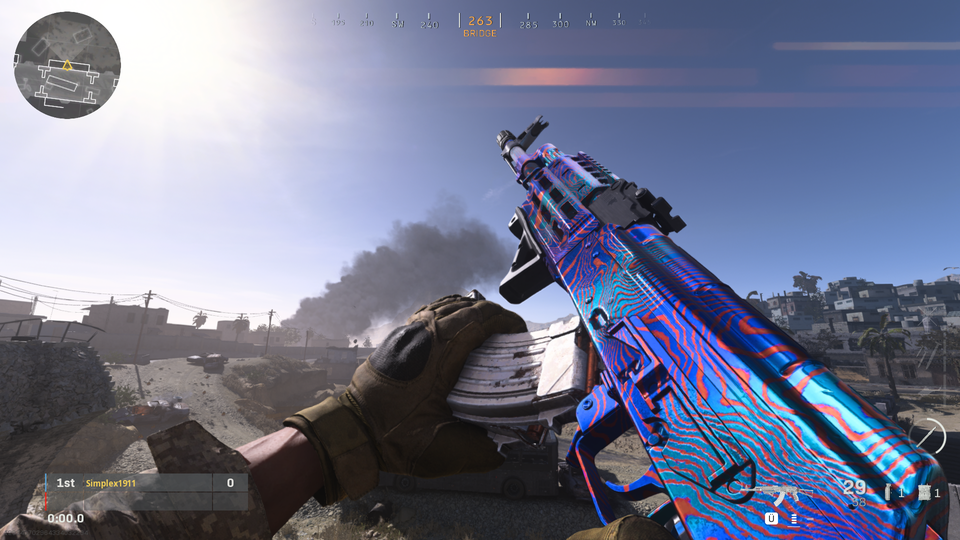 The Damascus camo is the highest-level camo unlock in the game, requiring mastery of every single weapon.

Posting to Reddit on December 25, 2019, a number of users reported issues upgrading their weapon camos and earning XP after matches, with many claiming that they were receiving no progression at all regardless of how many games they played.

One user posted a short video, in which you can see he earned over 8,000 score but made no XP progression on his general level or even on the battle pass, which players have to spend money on to get.

Though the video evidence doesn’t prove that camos are not being earned, the poster and many users of the subreddit are reporting that their camo progress is non-existent with the current bug.

No xp earned, no camos, no mission & challenges. Anyone else experiencing this? [sorry for the shitty quality] from r/modernwarfare

Shortly after publishing the post received a lot of support and players experiencing the same issues, with one user saying “My whole lobby of 5 just had this for 2 games of hardcore Shoot the Ship. Nothing has been registering.”

Another commenter simply believes the bug has ruined the game for them, saying: “Same way for me, no point in playing if you don’t get any XP/camo challenges counting.”

One player believes it is a server issue and will likely be fixed within 24 hours. They said: “My guess is it’s a server issue and not connecting to your Activision account properly. Same thing happened in Apex [Legends] towards the beginning and everything was resolved without loss within 24hrs.”

Despite the persistence of this bug, a number of players have suggested that their progression issues are being resolved, be it after they play a few games or after a certain amount of time.

One user said that theirs is “all back to normal,” while another reported that their rank “came back mid-game.”

Regardless, based on the new posts rolling into the subreddit, a lot of players are still experiencing issues with progression.

It’s not yet clear what is causing this XP progression bug, but like one player said, other games have experienced this and they’ll likely get it fixed in due course and give everyone the progress that they’ve lost so far.

Whether the devs know yet isn’t known, but we imagine a fix can’t be too far away.