Developers have responded after an ugly bug reared its head in Modern Warfare, and at the worst possible time, as some players’ double XP event is being ruined by an error granting them zero XP after a match.

Double XP began on Christmas Eve for the holiday period, but some players are getting double of nothing, as their match XP is amounting to zero.

Numerous players have reported getting the frustrating bug on December 26 and 27, showing their post-match summary with a grand total of 0 XP, prompting a response from Infinity Ward’s community manager.

For some players, the bug extended beyond just XP, as camo and mission progress were also halted in their post-match summary, with a slew of complaints appearing on Reddit and social media.

No xp earned, no camos, no mission & challenges. Anyone else experiencing this? [sorry for the shitty quality] from modernwarfare

On December 26, Ashton Williams, Senior Communications Manager at Infinity Ward, confirmed via Reddit that the team are “poking around” to see why this major issue is affecting players.

It appears that they are yet to pinpoint the cause of the bug, so there’s no fix forthcoming at the time of writing.

Perhaps even more frustrating, is that the bug can even affect players’ battle pass progression. This is also supposed to be earned at double the normal rate during the holiday event.

This kind of progression glitch is new for Modern Warfare, but we’ve seen similar issues in other multiplayer titles like Apex Legends, caused by an error in connecting the player’s account to the main server where their data is stored. 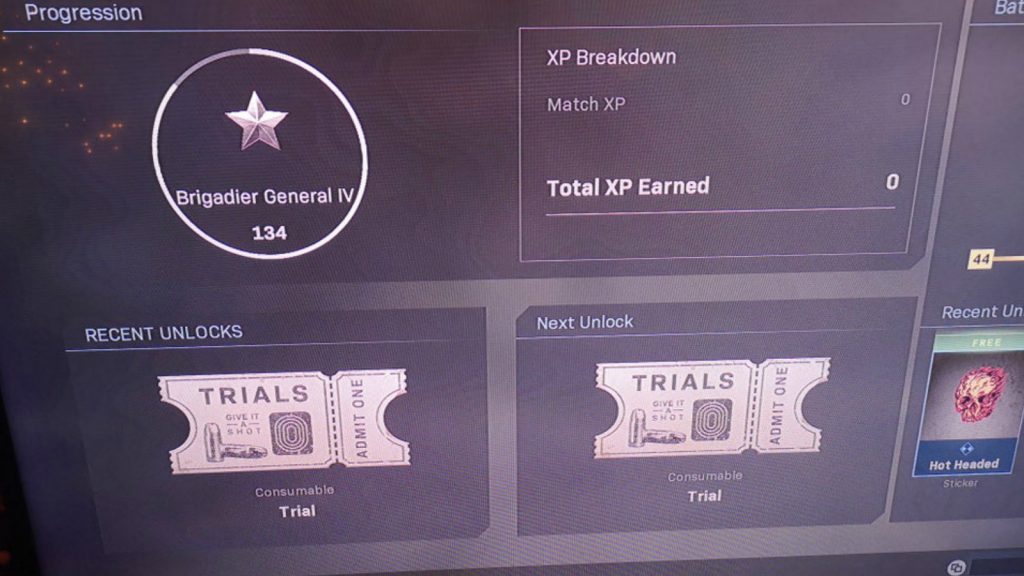 0 XP is being granted to some players after a match.

Whenever a solution is found, players will be hoping that any progress that was missed can be reinstated retrospectively. But, it’s unknown if this will be possible.

If you’re experiencing the glitch in Modern Warfare yourself, you might want to avoid going for any camos or mission challenges for the time being.