Infinity Ward, the developers behind the latest installment in the legendary Call of Duty franchise Modern Warfare, have addressed complaints from fans about a strange issue that causes using the AK-47 to crash the game.

Modern Warfare officially entered its first season back on Tuesday, December 3, with a brand-new update for the game introducing the Battle Pass, the return of Crash as a map, and new cosmetics for players to get their hands on.

Unfortunately for fans, the update seems to have brought an unfortunate glitch that is crashing games, although Infinity Ward have now addressed this issue. 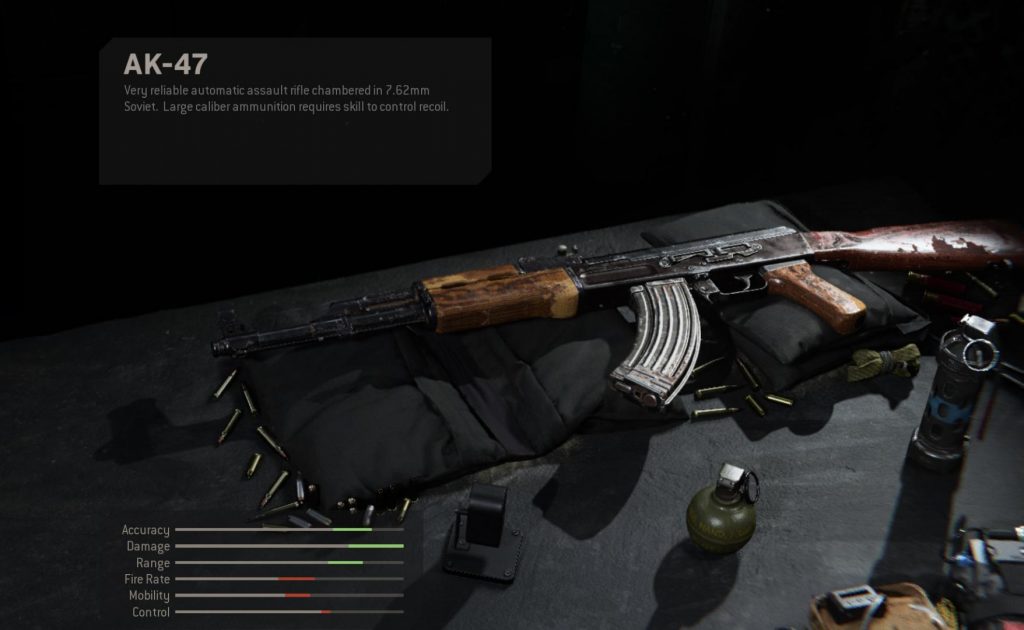 The AK-47 has been a staple of Call of Duty.

The bug involves one of Call of Duty’s most legendary weapons, the AK-47. The gun has appeared in some form or another for most of the franchise’s 16-year existence, and with the AK available in 2019’s Modern Warfare, it’s no surprise that many are trying to use it.

A number of Twitter users sent messages to Ashton ‘VULCAN’ Williams, begging for a hotfix for the weapon, which crashes players’ games when they use it in the game. “If no fix is found disable the AK,” Twitter’s mikeasaurusflex wrote, “or the attachments that are the culprits please!”

The good news is that a fix is on the way, with Williams — who is the Senior Communications Manager at Infinity Ward — revealing that the developers “have a fix already,” and that it should be released in the game’s next update.

We have a fix already – should have it out in our next patch.

It’s common for issues to creep up when major updates are launched, as with so much new content added, it can be difficult to anticipate how everything will work together until it’s in the hands of players, who can quickly find glitches that the developers can then fix.