How to unlock the Seraph Specialist in Blackout battle royale

The way to unlock the Seraph Specialist in Call of Duty’s new Blackout battle royale mode has finally been discovered.

Reddit users by the name of ‘YungLurchh’ and ‘Implxse’ have posted a set of instructions that players will have to follow in order to use the Seraph and her infamous Annihilator pistol in Blackout.

According to the posts, players will first have to either land at or find there way to the Firing Range location on the Blackout map, while also finding a Mozu pistol in the process.

The Mozu is important because players will then have to use it to shoot the six targets that are located “behind the building with the green tarp.”

The user has included a visual of where that building is approximately located, which is where the orange arrow is in the image below: 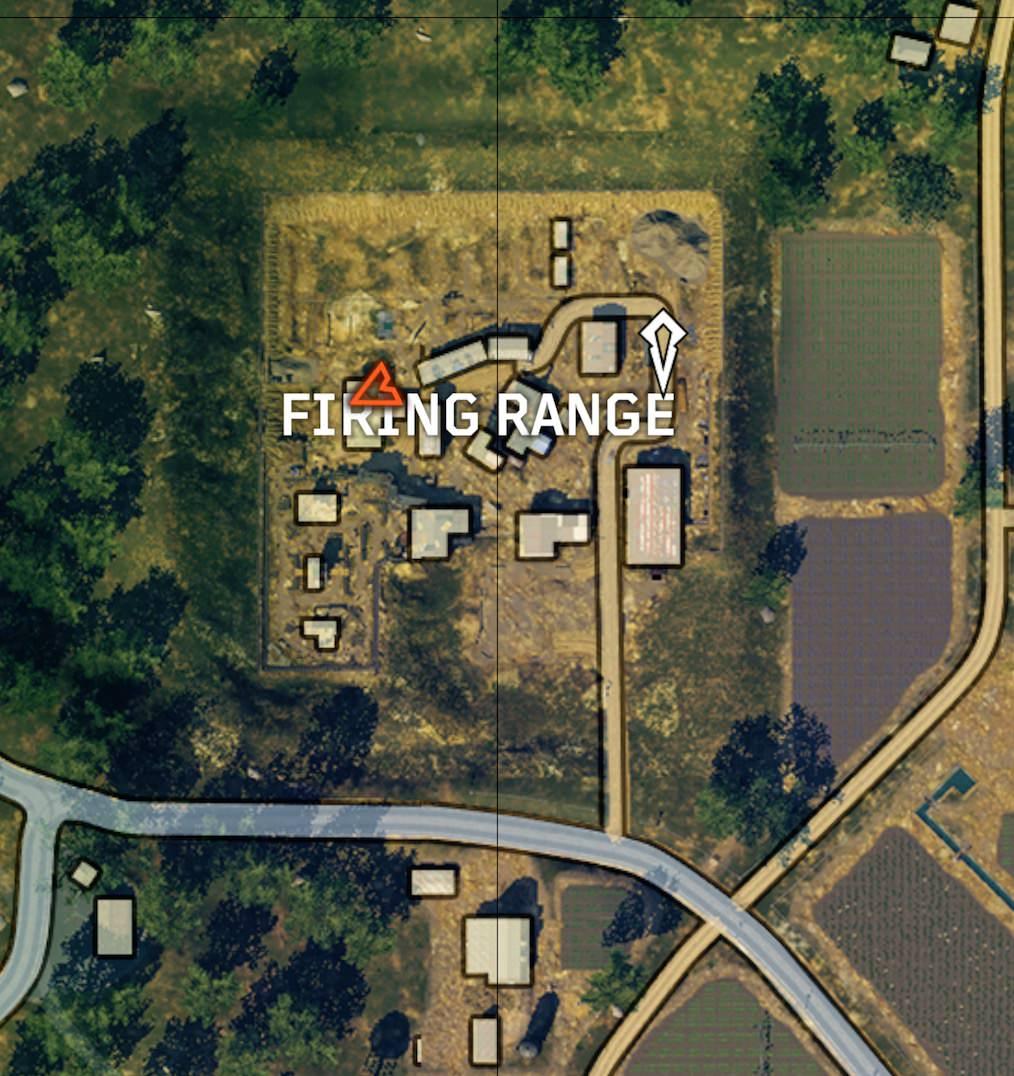 The location of the targets is at the orange arrow, NOT the white cursor 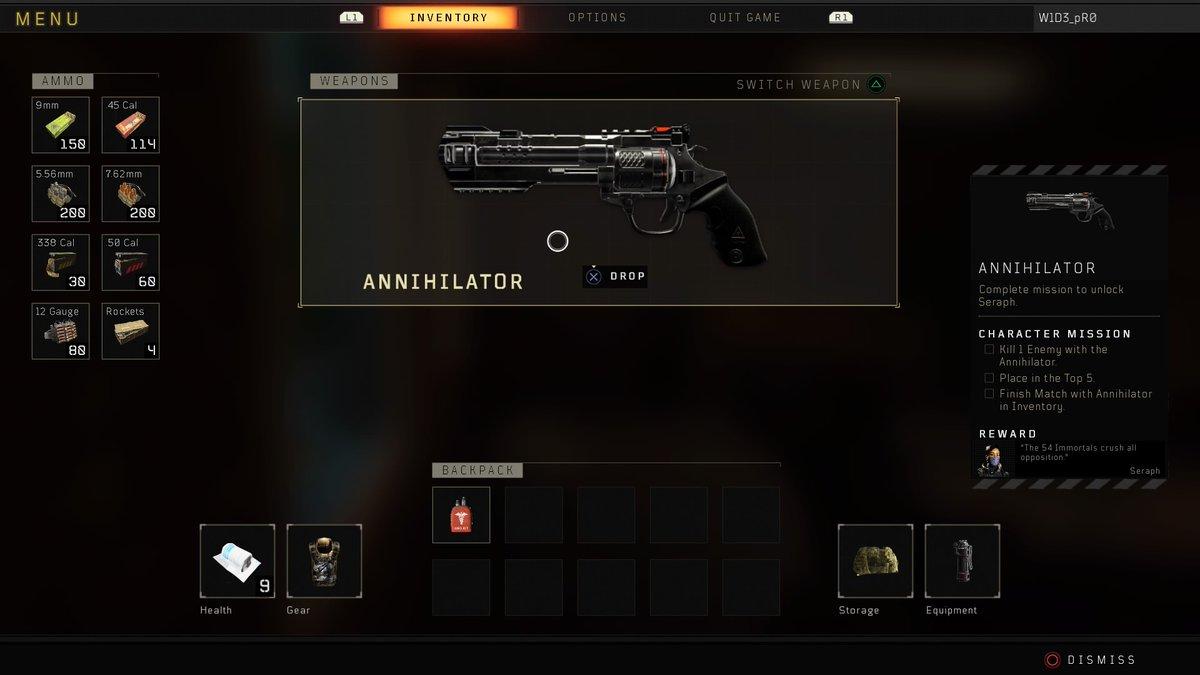 Once the targets are shot, and the Annihilator obtained, players will then have to complete all of the following three tasks:

Once all three tasks are complete, then the Seraph should be unlocked as a playable character in the customization menu. 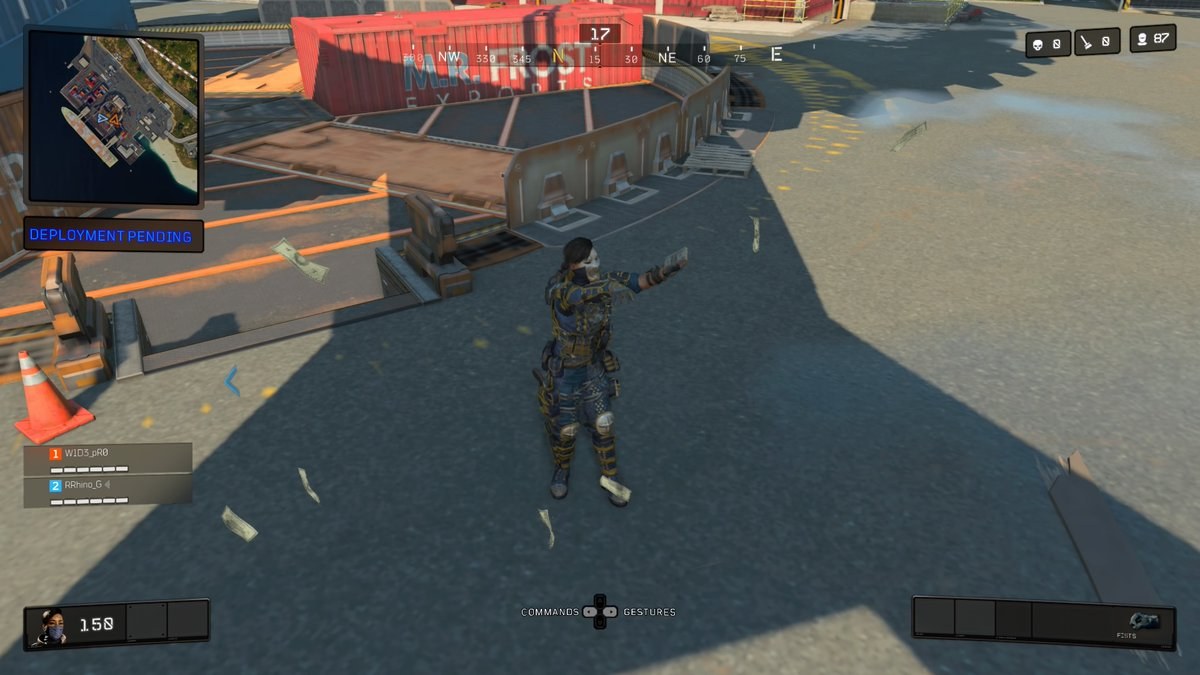 There are several additional things to note about this quest – the Annihilator is a weapon that takes up a slot in the inventory and only contains 6 bullets. This makes the challenges harder to complete, since players will likely only have one viable weapon near end-game situations.

The second note is that the “place top 5” challenge currently only applies to Duos. The placing requirement in Solos has not yet been determined, but the post mentions that players are able to get it with around 15 people still alive.

The Seraph, which is one of 10 Specialists in the Multiplayer side of Black Ops 4, is the seventh Specialist that can be currently unlocked in Blackout.

For detailed steps on how to unlock the Ajax, Torque, Recon, Crash, Battery, or Firebreak Specialists, visit our in-depth guide HERE.