CWL Champs 2019: 100 Thieves’ reverse sweep of FaZe Clan a series for the ages

Powerhouse Call of Duty teams 100 Thieves and FaZe Clan did battle at the 2019 CWL Championship, and their series will go down in history as being one of the best ever.

It’s not usual to see two tournament favorites meet in the first round of the Losers Bracket at CoD Champs, but that was the case for 100 Thieves and FaZe Clan.

After flawless matches in pool play, they both fell victim to 3-1 losses in the first round of the Winners Bracket, at the hands of Luminosity Gaming and Team Reciprocity respectively.

As fate would have it, the two squads would end up having to face each other in a do-or-die affair, with one of them guaranteed to finish a disappointing 13-16 at the $2 million tournament.

100T ended up getting the win, but it was no ordinary victory, as it involved an unbelievable reverse sweep that had all the characteristics of an unforgettable series. 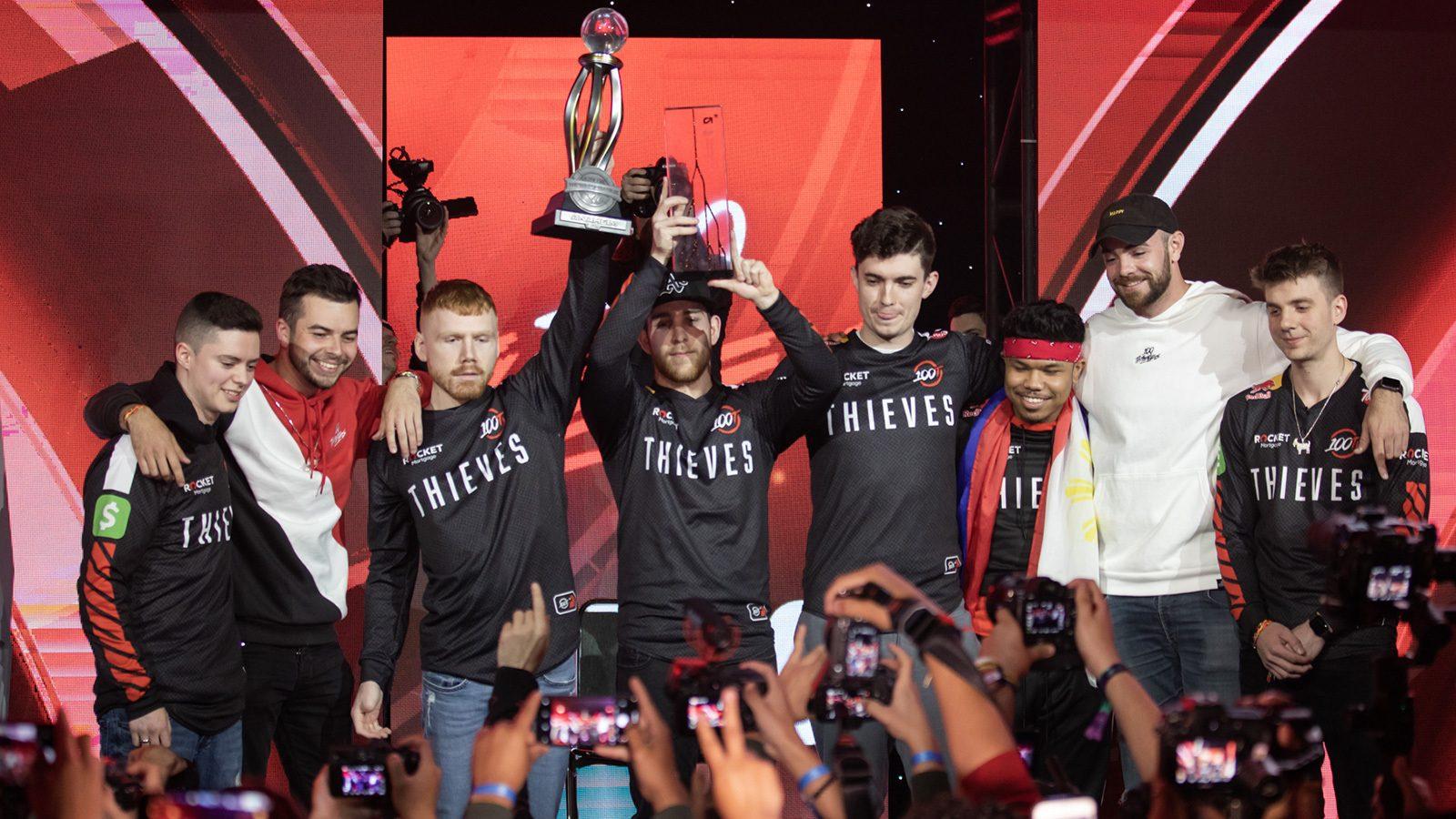 100 Thieves pulled off a reverse sweep for the ages, using every bit of the skill that won them back-to-back CWL events earlier this year.
[ad name=”article3″]

FaZe start off with a bang

There is no questionthat FaZe had 100T on the ropes in the first half of the match, jumping out to a quick 2-0 lead.

They stood tall on Frequency Hardpoint 250-217, before clutching up in round 11 of Gridlock Search & Destroy to win 6-5, which also included an incredible 1v3 by their longtime star man ZooMaa.

The swing in the series came during the third map Control on Gridlock, which 100 Thieves somehow stole from under the FaZe players’ noses. FaZe had used their momentum to gain a 2-0 advantage, and at one point had a 9v2 life advantage in the third round.

However, seemingly dead and buried, 100T miraculously managed to steal the round, and ended up coming back to win the map 3-2, staying alive and extending the series.

:frustrated: @100Thieves pull it OUT!!! They take the Control and extend the series one more map against @FaZeClan.

FaZe appeared to not let that disastrous map loss deter their focus, twice building a 60+ point lead in the Hacienda Hardpoint that followed.

However, excellent tactics and streak usage from 100T allowed them comeback again and take the win at the end, despite having been on the wrong end of a spectacular 49-kill performance from young star Cellium.

HOW ARE WE HERE.

With momentum very much on their side now, there was a much greater sense of confidence in 100T, who ended up handling FaZe pretty easily in the map five Arsenal S&D.

The series came full circle when Octane clutched up an impressive 1v3 of his own, adding a cherry on the top of what will go down as one of the greatest Champs comeback wins ever.

With the result, FaZe were one of the four teams that were eliminated in the first day of bracket play, a huge letdown for a team that were quite literally one kill away from sweeping their way to the next round.

Instead, they will be going home with a 13-16 placement and a $25,000 split of the prize pool, along with the bitter regret that comes with such a massive collapse.

You can check out the final placements of eliminated teams so far and their prize splits by visiting our CWL Champs 2019 Final Placements, and follow all of the action live via our dedicated CWL Champs 2019 hub, which features four livestreams, updated scores, Winners and Losers brackets, and more.