Treyarch has released a new Call of Duty: Black Ops 4 update that brings the v1.11 update to PC along with other updates to all three game modes.

While not as large as January 15’s massive v1.11 update on PlayStation 4 and Xbox One, the latest Black Ops 4 update includes some important changes that should please all players.

Along with the Blackout free trail going live on all platforms, both Zombies and Multiplayer game modes have seen some key improvements to smooth out gameplay.

What will likely end up as the most anticipated improvement with this patch is perhaps also the smallest.

There will now be a “Clear all New item markers” to clear out the “New” notification in the Personalization menu of the game. Fans have been asking for this feature almost from Day 1, meaning players will no doubt be thrilled to see its inclusion. 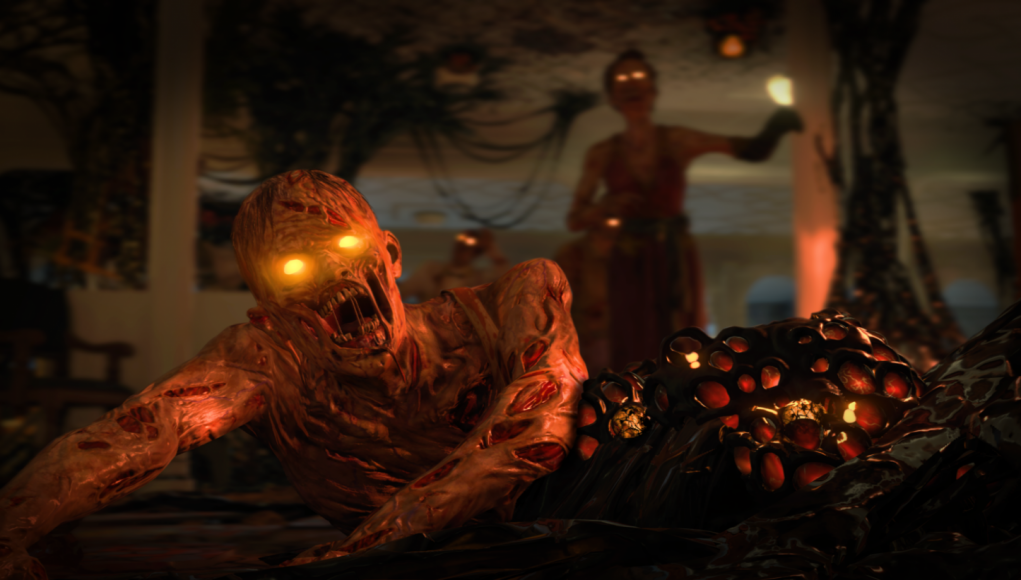 Fans of the new Gauntlets mode in Zombies will be glad to see the new improvements included in the latest update.

Zombies Gauntlet received a few key improvements that will surely help iron out some of the kinks present in gameplay at launch.

Issues including players not being able to purchase wall-buys and losing weapons in certain rounds have been fully resolved with the January 17 update.

Finally, Multiplayer fans on PC got a bit of specific love to improve a couple of small issues with Classes and the Zero Specialist.

You can read the full patch notes for the January 17 update below:

Jan. 17 Update: Blackout Free Trial, PC 1.11 Update, “Down But Not Out” Limited-Time Mode in Blackout on PS4

Our Blackout Free Trial is now live for everyone on PS4, Xbox One, and PC! We’ve also launched our newest limited-time mode in Blackout on PS4 with Down But Not Out, and our PC 1.11 update arrives today with PC-specific improvements. Here’s the rundown:

For those who still haven’t experienced the thrill of the hunt in Blackout, our Free Trial is now live and runs through 10AM PT Jan. 24 on PS4, Xbox One, and PC! Grab your friends (and enemies) and jump in for free – it’s going to be a wild ride.

After downloading and installing the Blackout Free Trial from your platform’s store, you’ll be able to party up with players who have the Free Trial and with friends who already own Black Ops 4, so everyone in the Call of Duty community can play together. Free Trial players will also earn Echelon progression and unlock Black Market Tiers and loot during the trial period, with no limits on playtime or player progression.

Our PC 1.11 update is live today with several PC-specific improvements listed below, in addition to the details laid out in our console 1.11 patch notes. Our PC team is also investigating community feedback regarding shotguns in Blackout and sniper rifle performance in Multiplayer. As always, thanks for your feedback while we examine the data – the team is dedicated to maintaining weapon balance on PC for fair and consistent gunplay, especially as new weapons are added to the game.

To celebrate the launch of the Blackout Free Trial, we’ve introduced Down But Not Out this week in Blackout on PS4! In our newest limited-time mode, fallen teammates redeploy with each new Collapse as long as one player in the squad remains alive. This new gameplay mechanic completely changes the tactical approach of the game – if you’re the last surviving member of your squad, you’ll need to make damn sure you can stay in the fight until your teammates redeploy, and plot a new course of action with your reunited squad to take on the other survivors. Remember, other squads will be parachuting in with you through the match, as well.

Players redeploy with a pistol, a handful of ammo, and five bandages, so you won’t be left empty-handed when you drop back in for revenge against the squad that took you out. Players can no longer redeploy once the countdown to the final Collapse begins, so strategize accordingly if you want to be the last squad standing. By the way, Collapses also happen more frequently this time around.

If this all sounds like a recipe for an insane final circle, you’d be correct – be prepared for some of the craziest game-ending fights you’ve seen in Blackout to date. Jump into the new mode on PS4 and let us know what you think in the comments! We’re planning to run Down But Not Out for two weeks on each platform, so everyone will have plenty of time to drop in and try it out.

11AM PT UPDATE: Added new updates across all three modes on PS4 and Xbox One, with PC update to follow. See “PS4 and Xbox One” section below for additional patch notes.

Here’s what’s new in the game since Tuesday’s update:

The following updates are live today on PS4, Xbox One, and PC:

The following updates are live first on PS4:

In addition to the details listed under “PS4 and Xbox One” across all three modes in our 1.11 patch notes, the following PC-specific updates are included in today’s PC 1.11 update:

The following updates are now live on consoles as of 11AM PT Jan. 17, coming soon to PC:

Twitch and YouTube star Nick ‘NICKMERCS’ Kolcheff has shown off his pretty interesting Ram-7 loadout for Warzone as players have started experimenting with different weapons.

Ever since Warzone released, players have constantly fiddled around with their loadouts to try and get something that works for their playstyle but also keeps up with the ever-changing meta.

With the switch to Black Ops Cold War, the meta has somewhat shifted away from the original weapons in Call of Duty: Modern Warfare, but some players have been going back to them – especially in terms of the assault rifles.

We’ve seen new classes for the M4, the Kilo 141, as well as Amax CR-56, but now NICKMERCS has been trying out the Ram-7 again, and he’s got a pretty spicy class.

The RAM-7 can be tough to control without the right attachments.

As Nick notes, the Ram-7 was, at one point, the strongest assault rifle in Warzone but updates saw it displaced by others. Yet, it’s still pretty nice in terms of the damage it deals and not being incredibly slow to carry.

“It’s a very, very strong assault rifle, but it’s kind of hard to control the recoil at distance,” Nick said. “I’ll be honest man, I had never used the Ram-7 ironsight in Warzone… this things slaps.”

With his setup, Nick has boosted the accuracy, range, and control somewhat, but the mobility does take a hit.

Now, whether or not the weapon will displace some others and cement its place in the meta is anyone guess. However, it’s still not as quick as weapons like the FFAR and Mac-10, so it might take another round of nerfs and buffs to really get the Ram-7 up there.

Yet, Nick’s setup is a pretty nice close to mid-range setup, and worth messing around with if you’re looking for something new.