The Apex Legends community is one step closer to finding out more about the unreleased Revenant character after seemingly solving the mystery of a recently-released Season 4 teaser.

With Season 3 slowly but surely winding down in Apex Legends, more and more clues are starting to surface on what’s to come in Season 4: Assimilation.

A recent major twist saw Forge get stabbed after being announced as the next new Legend, and now many believe that Revenant, the mysterious figure who carried out the hit, will also be released in the upcoming season. Since that attack, Respawn have been releasing teasers in the form of “news reports” about what happened.

The one they tweeted out on January 28 included a “corrupted” data file of what appeared to be a broken series of hand pictures.

“New details are emerging as 3 Hammond Robotics employees failed to show for work today,” the message read. “While little is known about the presumed missing employees, the same (now corrupted) data file was found at all 3 scenes. If you have any information, please contact the Syndicate.”

New details are emerging as 3 Hammond Robotics employees failed to show for work today. While little is known about the presumed missing employees, the same (now corrupted) data file was found at all 3 scenes.

If you have any information, please contact the Syndicate. pic.twitter.com/7mepHFeNsP

As soon as this teaser was tweeted out, the bright minds of the Apex Legends community got to work and didn’t take long for Reddit user ‘AunixYT‘ to separate each image from the GIF and piece them together to form a single, much clearer, picture.

What they came up showed a single left arm with insect-like, bent figures holding a spherical object.

Going by everything that’s been leaked and shown about Revenant already, it’s pretty obvious that the arm in the image was his. 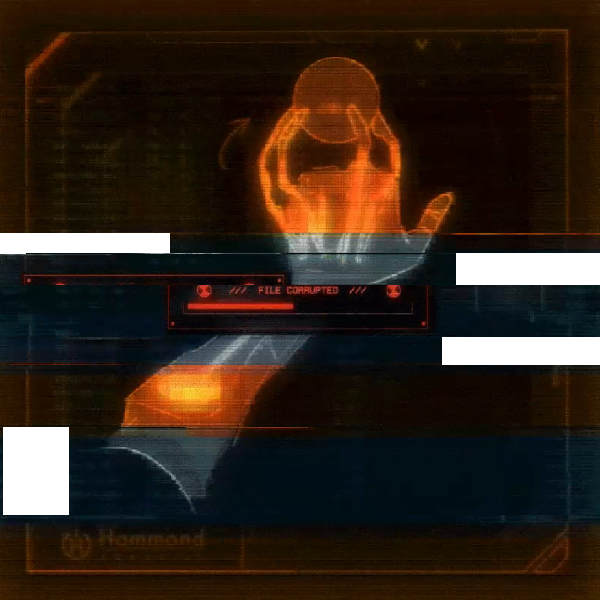 Here’s what the “corrupted” data file teaser for Revenant looks like once put together.

So, what does this mean? Obviously it’s another telltale sign that Revenant’s involved with the Season 4 proceedings in one way or another, but most players already knew that.

The focus of this teaser should be the spherical object that he’s holding, as it serves as a possible clue for at least one of his abilities, all three of which had been previously leaked.

According to the leaks, Revenant will have a poison dagger, poison bomb, and a “death recall totem” as part of his abilities, so the item in the image could be one of those three – likely the bomb.

This ability allows players to “launch a Poison Bomb that damagers and slows targets hit,” likely dealing with an Area of Effect damage, and the object he’s holding could very well be just that.

While the teaser doesn’t go as far as to reveal the unreleased Legend’s set of powers, it does at least move towards confirming that some, if not all, of the leaked abilities could be real.