After a bizarre trailer saw the mysterious Revenant kill Forge ahead of Apex Legends Season 4, fans were convinced they had seen the last of the brute. But, not all fans, as some eagle-eyed observers believe there’s a chance Forge is still alive.

Respawn first announced Forge as the new legend back on January 23, which came as a surprise to many, who had believed Revenant would be the next character in the Apex Games.

Then, fans theorized that Revenant was plotting an attack on Forge, and this turned out to be exactly true. During a broadcast on Outlands TV, the mysterious evil character stabbed Forge in the back, a shocking twist to be sure.

It looked as if Forge’s time as an Apex Legend was over before it started, with Revenant now sure to take his spot.

However, there are some clues that suggest this might not totally be the case. First spotted by Reddit user u/ChainsawSwan, it’s possible that there is another twist in the story yet.

In Forge’s description, it is mentioned that he is “often imitated”, and that his character on the TV show had a scar across his left eyebrow. But, that scar is not visible on his character in the other teasers. 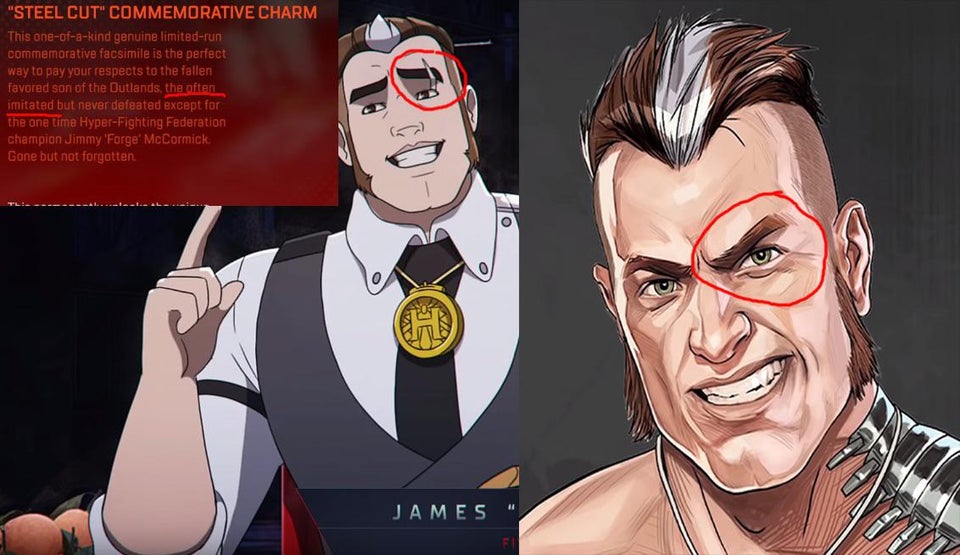 This theory suggests that there was perhaps a body-double on the show, and that the real Forge is still alive and well – and Revenant has no idea.

Another fan followed on from this find, and theorizes what will happen next, if Forge really is still alive.

“Revenant kills Forge, [Respawn] add Revenant, but actually it turns out Revenant killed Forge’s stunt double,” the theory goes. “Forge trains in secret on Kings Canyon for the first half of the season, then when the maps change, Forge makes a surprise return to get revenge on Revenant thus releasing two characters in one season.”

Respawn confirmed the return of Kings Canyon, but not until March.

Respawn have already confirmed that there will be two ‘splits’ in Season 4, with the second split of Ranked play bringing back Kings Canyon, starting on March 24.

If it was a body-double that Revenant killed, then the second split would be the perfect time for the real Forge to come back and get revenge.

After all, Respawn have created a whole backstory and abilities (which were already leaked) for Forge, so it’s unlikely they want to axe him completely.

Possibly, this second split will bring more than just Kings Canyon though, and bring a new legend in Forge too. We’ll just have to wait and see.