An easter egg in Apex Legends summons a massive Nessy in the waters of Kings Canyon, but only after finding Wattson’s smaller dolls throughout the map and in the correct order.

Players won’t have long to unlock the easter egg since Kings Canyon will only be available until February 24, and it doesn’t help that finding the dolls basically requires a trio to spread out thin.

But YouTuber The Gaming Merchant showed how to correctly disperse a team across the map to find the 10 dolls in sequence to trigger the giant Nessy’s appearance.

Since the dolls have to be shot in order from one through ten, it’s important for a team to stay alive, since getting into any fight will have you isolated without the support of your squad.

The first thing to do is send one member of the team to the south-central portion of the map while two others go to the northwest and northeast side, respectively.

From there, it’s all about speed, effectiveness, and communication to find then shoot the dolls in the right order before the ring closes in. 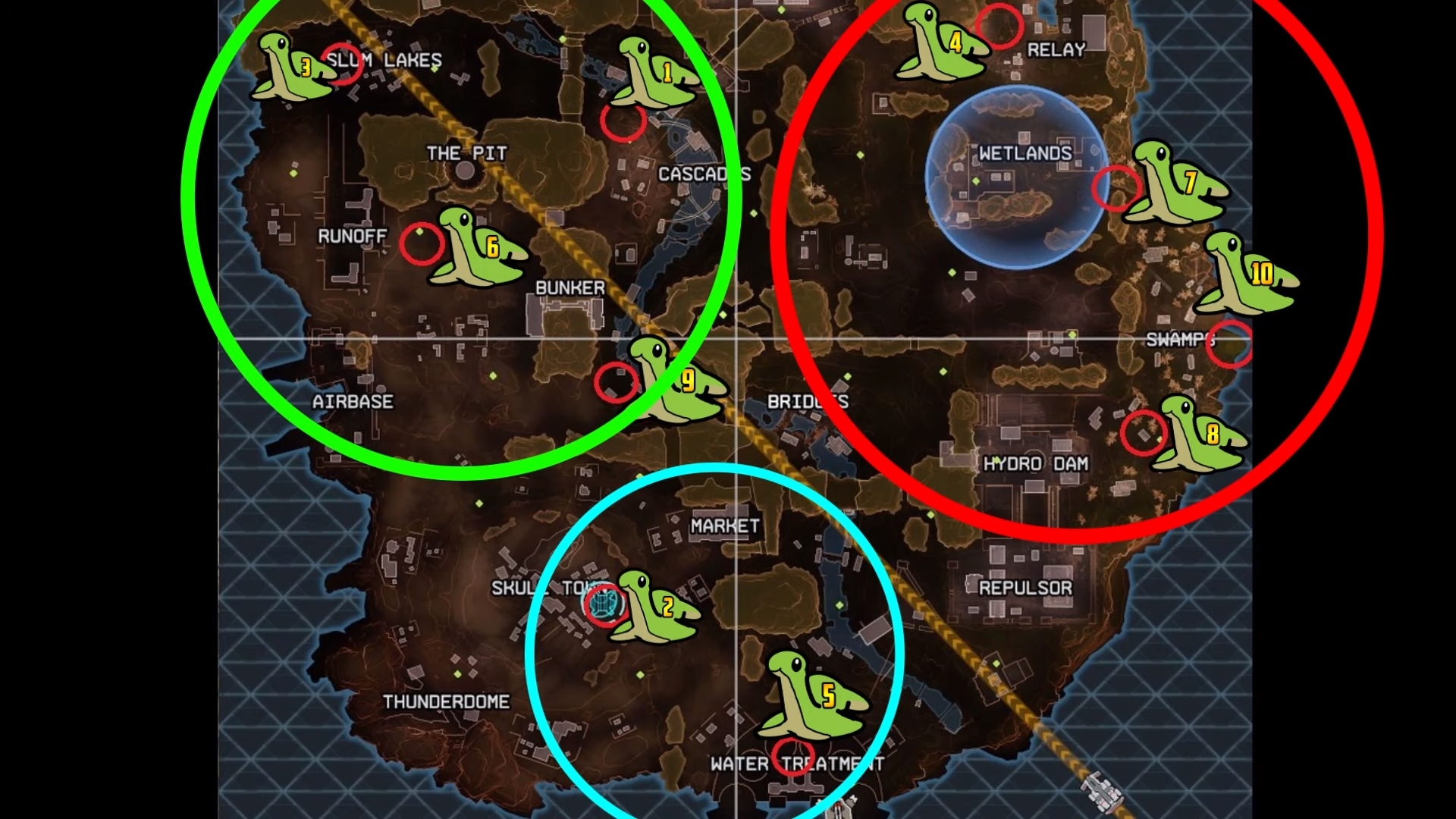 All of the nessies across Kings Canyon via The Gaming Merchant.

In order the dolls should be collected:

If your team is cutting it close, the player that goes to the south side of the map can reach a bit to collect the ninth Nessy to help out with the progress.

But the player that goes for 4,6,8, and 10 are in for a trek around the outskirts of Kings Canyon since they have to start on the north side and make their way south.

Finding all of the nessy dolls will make a giant Nessy appear on the map.

After taking out a doll, you should see a ‘A Nessy Appears’ notification in the killfeed, and once the last one has been collected ‘A Nessy Surfaces!’ tag will summon the behemoth.

As the Apex Legends easter egg gets popular, there are sure to be more players on the hunt for Nessy, and there will be those looking to stop you in your path so be careful.