Apex Legends Season 4 is rapidly approaching, and with plenty of hints and twists taking place throughout the final stages of Season 3, players can get a special Jimmy ‘Forge’ McCormick weapon charm to pay respects to the Legend who was seemingly set to join the game.

With Season 4 officially announced, many were looking forward to the arrival of Forge, who was set to become the latest Legend to enter the arena in hopes of becoming Apex Champion.

In a special ‘Stories from the Outlands’ feature broadcast on January 27 though, Forge was brutally attacked and killed during an interview by a figure who is almost certainly Revenant, plunging the future of the characters into doubt as fans try to figure out what will be the next part of this unfolding story.

Following the untimely death of 5x Hyper-Fighting Federation Champion, Apex Legends players who would like to honor the legacy of McCormick by sporting a special weapon charm designed after the massive gold medallion he wears around his neck.

Fans will need to head towards Sorting Factory, located in the south of the World’s Edge map if they hope to get their hands on the item. Located at Sorting Factory is the massive Metroline station where the train stops to drop off passengers and cargo, but also played host to the special interview between McCormick and Outlands Television host Lisa Stone. In fact, the set where the incident took place still stands on one of the platforms, complete with cameras and lighting, and this is where players need to head next.

Sitting inside the set is a special orange death box, which when players open, will have the “Steel Cut” weapon charm inside it, allowing you to equip it to your weapon and use it in memory of Forge. 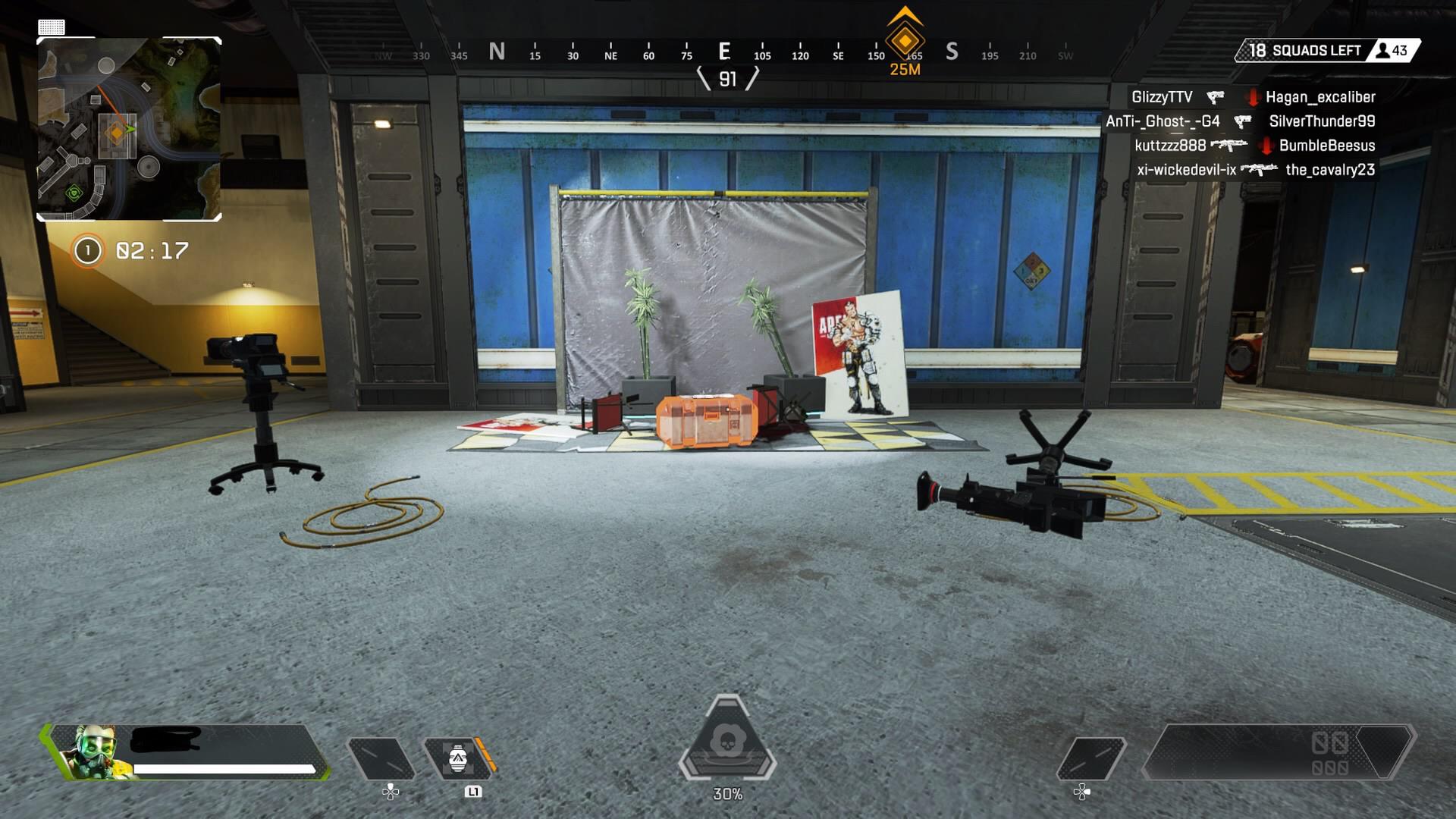 Once players have grabbed the charm, they will be able to head into their inventory in the game’s main menu and attach it to every weapon, so they can always carry the memory of Forge around with them.

Whether Respawn will add anymore free cosmetic items in the run-up to Season 4 remains to be seen, but players will be eagerly keeping an eye out for the next teaser as the game heads towards the next major update.