How to do Hallow’s End holiday quests in WoW Classic

Hallow’s End is the first seasonal event to hit World of Warcraft Classic and it offers players tricks, treats, and a few new quests to celebrate spooky season.

The event celebrates the split between the Forsaken (undead) and the Scourge in WoW lore and runs from October 18 to November 1.

Every Inn in WoW Classic will be set up for the holiday with a tub to bob for apples (which restore 2% of your health per second for 24 seconds) and players can speak to any Innkeeper in the game and try to get a treat, but you might walk away with a trick instead. 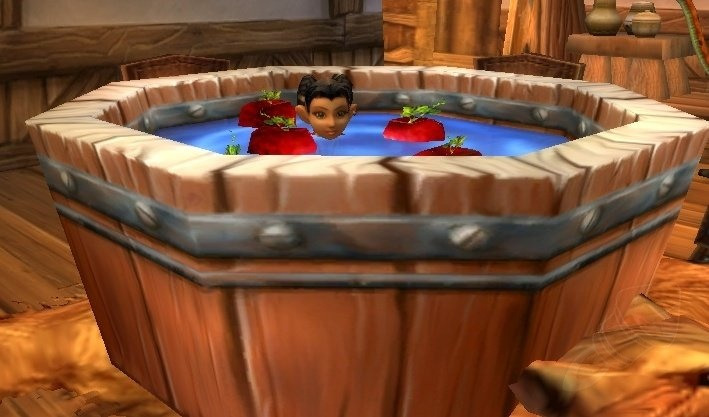 Who let the gnome get in the apple tub again?
[ad name=”article2″]

What is there to do for Hallow’s End?

Once an hour, players can talk to an Innkeeper to be trick or treated; treats come in the form of Treat Bags, which contain any of the following items when opened:

But with treats, there have to be tricks – if a player is tricked the innkeeper could turn them into a frog, ghost, Mini-Diablo, kitten or more for a few minutes and can’t be gotten rid of.

Players might also get a random Halloween costume cast on them similar to the Halloween Wand, some costumes prevent players from casting spells, but unlike transformations you can exit to costume to cast your spell.

Some of the items you can find in Hallow’s End Treat Bags.
[ad name=”article3″]

There are also quests available for both the Alliance and Horde during the event, which award candy and Treat bags, along with 100 reputation points.

The easier Alliance quest sends players to help out Jesper, an orphan in the Stormwind Orphanage by interacting with various NPCs in each of the major Alliance cities – Stormwind, Darnassus and Ironforge.

Horde player’s version of the quest is just as easy and starts with Spoops, who can be found in the Ogrimmar Orphanage, located in the Valley of Honor. 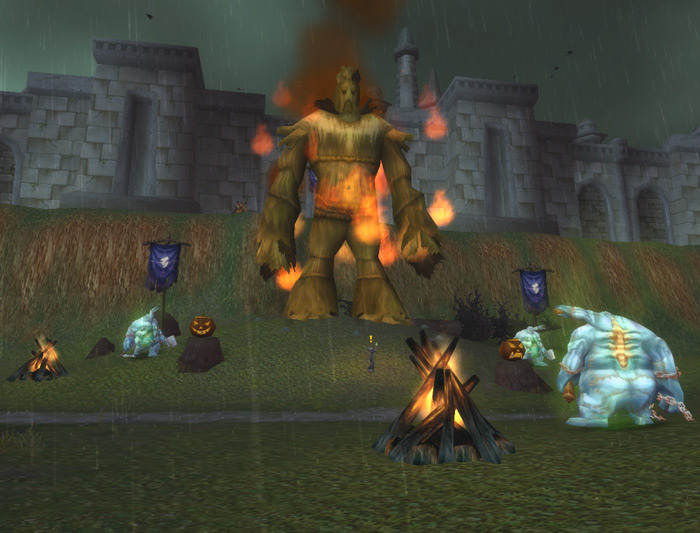 The Wicker Man festival takes place outside of the Undercity every evening during Hallow’s End.
[ad name=”article4″]

There’s also limited-time PvP quests for each faction available during the event, one each for the Horde and Alliance.

The Alliance quest “Crashing the Wickerman Festival” can be picked up from Sergeant Hartman in Southshore. All players have to do is discover the festival (to the west of Undercity along the road) and return to the Sergeant.

Horde players have a bit of a tougher challenge in “Rotten Eggs” and “Ruined Kegs”, which requires them to place rotten eggs inside of the kegs in the main room of the SouthShore Inn, while fighting off guards and Alliance players.

The Pumpkin Bag is a 16-slot bag that drops from lvl 50+ undead mobs during Hallow’s End.
[ad name=”article5″]

Horde and Alliance players can also gain a powerful buff, the “Invocation of the Wicker Man” which increases stamina, health, and mana regeneration by 25% for two hours.

The guards around the Wicker Man are pretty powerful and boast over 10,000 HP, but they drop an item that gives the buff, so Alliance players will need to group up and pull a guard to have a chance at the buff.

Finally, the 16-slot Pumpkin Bag drops from level 50+ undead mobs during the event and can be used after it ends. There’s also no limit on how many of the bags players can pick up or use, so don’t forget to grind for them while you can.