Valorant is a game just as much about positioning as it is about gunplay and accuracy, and there’s one spot on Bind in particular that should usually give you the edge over defenders.

Bind is one of Valorant’s original maps from beta, but it wasn’t until recently that players discovered the truly OP trick on B Long/B Lobby that will keep enemies guessing each round. 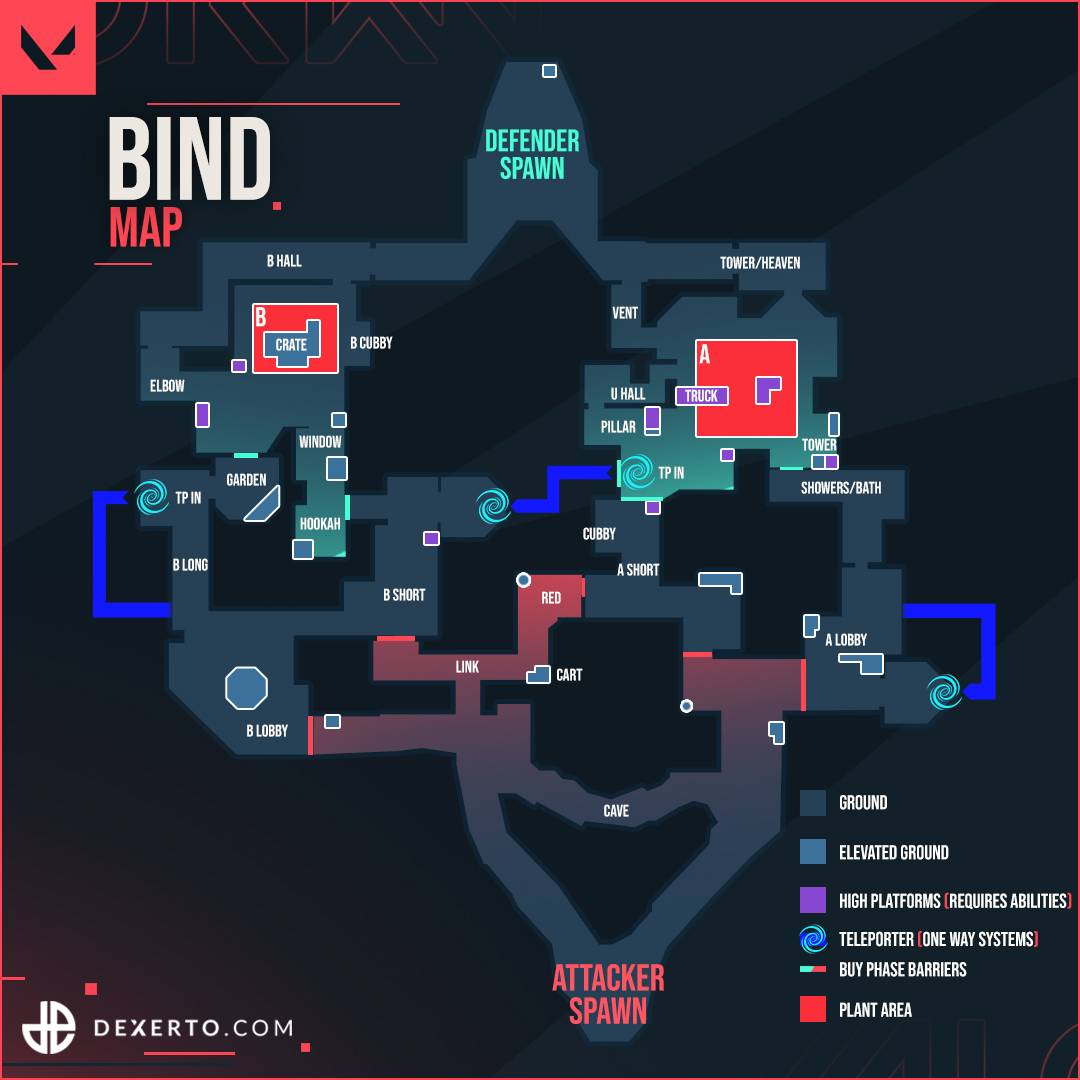 In the clip below captured by Reddit user RA3M0N, the play starts out in B Lobby, where you have to jump on top of a cactus then hop up to stand on the wall at the very edge of the map.

From there, you’ll be high up enough where you won’t be anywhere near the enemy crosshairs if they’re peeking from Garden, and maybe even not in their line of sight, depending on how perceptive they are.

Once you’ve pulled this off once, you can begin with the mind games in the same spot. If the defender starts aiming higher up expecting to see the ledge play, you can simply approach as normal and take them out that way.

Besides lightning-quick reflexes, you’ll also want to bring a weapon capable of instantly punishing the agent posted up on defense, which makes the Operator an obvious pick, as shown in the clip.

If you’re short on creds and looking to make a play, the Marshal can also work in a pinch, but you’ll need to be much more sure of your aim in order to punish defenders with just one shot.

The Operator is capable of taking out enemies with a head or body shot within 50 meters.

If you’re on the other side of things and you keep getting annihilated while trying to defend B Long, it’s probably wise to simply wait inside of Garden or somewhere around the point itself instead of getting greedy and pushing up on defense.

This strategy is a clever one that could definitely earn you a few frags on offense, and if you’re looking for even more tips and tricks be sure to check out our official in-depth guide to Bind right here on Dexerto before your next match.