Rare have added a brand new Gears of War inspired ship set to Sea of Thieves and if you would like to know how to unlock it, you’ve come to the right place.

The game’s developers have introduced a number of cosmetics to the game inspired by some of Xbox’s others franchises, including exclusive Banjo Kazooie content, a Halo ship, and more.

Sailing around the high seas in style is tough enough already, with many new features for ships costing players thousands of coins to purchase. It can take a long time to save up your in-game currency, too, with quests and treasure hunts the best way to build up your character’s worth.

But, not to worry… This brand new set ready to be collected and it’s absolutely free of charge! 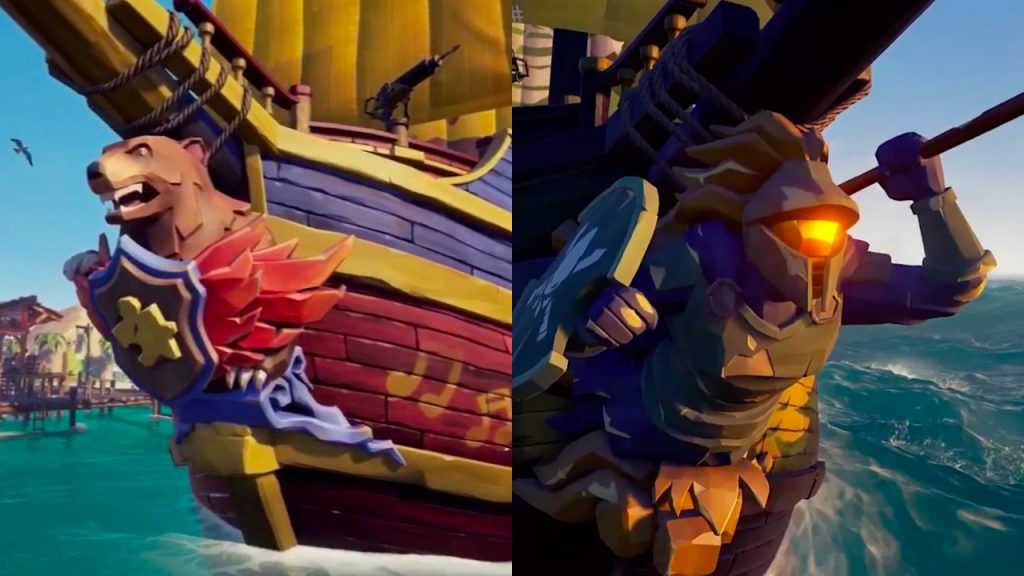 Banjo Kazooie and Halo designs have landed in SoT previously.

While the Banjo Kazooie and Halo packs have been and gone, there’s still a chance for you to pick up your Gears of War set in Sea of Thieves.

The game’s developers have posted a brand new trailer for it, as seen below, showing off the new jet black sails featuring the game franchise’s iconic logo.

Gears of War ship trailer for Sea of Thieves

Once you have done that, the cosmetic pack can be redeemed in-game and will be available for selection next time you jump onto your huge Galleon.

Other features that set this Galleon apart from the rest is its striking red and black color pattern around the bottom, coupled with a huge gear based at the front of the vessel – which will no doubt go down well with fans of the video game series. Grab your own now!

This new addition comes just days before the expected announcement of the Sea of Thieves monthly content update, where Rare will no doubt add even more surprises to the mix. Once we know more about that, we’ll be the first to let you know!