Just after the reveal of Rainbow Six‘s final expansion for Year 4, Operation Shifting Tides, Ubisoft has leaked details about the next set of operators in line for Year 5 Season 1.

After Rainbow 6’s Year 4 brought in a bevy of map updates, changes to matchmaking, and eight new operators, players are hopeful for what’s to come in Year 5.

While next year feels so far away, that hasn’t stopped the leaks coming through thick and fast early, with some eagle-eyed players spotting out some new information on the next operators to hit Team Rainbow.

Operation Shifting Tides was announced as the final operation for Year 4.

The leak, which is up on the Rainbow Six Siege Test Server, shows what weapons the new operators will be using (H/TWindowsCentral).

The attacker will have the option of the G36C and ARX200 as primary, which were previously used by Ash and Nomad respectively. For sidearms, they’ll have the MK1 9mm pistol, which came in with the release of Frost and Buck.

The defender will have a choice between the MP5 and the SPAS-12 shotgun, which appear over a variety of operators including Doc, Rook, and Valkyrie. The USP40 and the Bailiff 410 will be the two secondaries players can choose from. 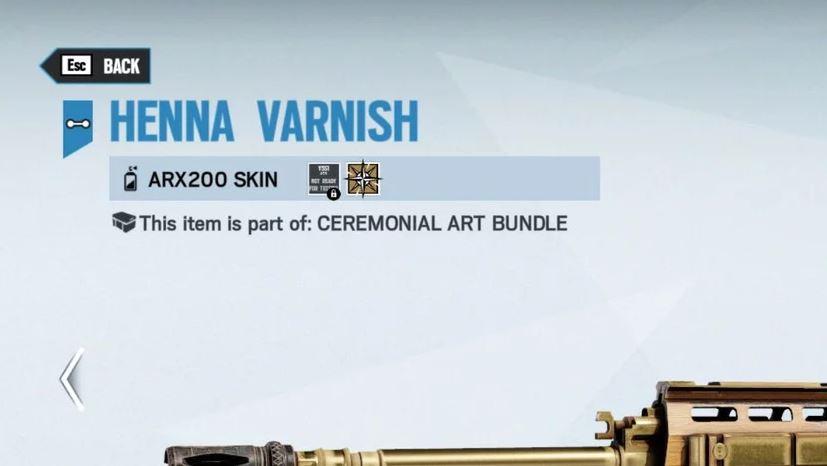 The ARX will be making an appearance during Y5S1.

There’s no official information about the operator’s gadgets, or even what they look like, however, there’s been speculation about where they’ll be coming from.

The Year 4 teaser for Rainbow 6 featured images of Australia, Denmark, India, and Greece. Operators for the first three countries have come out during Burnt Horizon (Australia), Phantom Sight (Denmark), and Shifting Tides (India), with Greece the only country not ticked off the list yet.

The leaks come after Operation Shifting Tides’ official announcement at the Season 10 Pro League finals in Tokoname, Japan on November 10. The final operators for Year 4 will be Kali, an attacker with a bolt-action sniper rifle that one-shot downs any operator from almost anywhere.

The defender, Wamai, has a magnetic grenade trap that works similarly to Jager’s Active Defense System without destroying the nades. He regens them throughout the round, like Legion’s GU Mines, and they can only draw one deployable per charge, but they can completely mess up a team’s push.

A collage of photos from different countries, including Greece, is on the top-right of the board.

Operation Shifting Tides also included a full rework of Theme Park. The train in the center of the map has been removed, as well as the main door, with the map getting a brighter touchup across the board.

Further details of the next Siege operation is expected to drop in February 2020 during the Six Invitational. For now, players will have to keep an eye out for any new information to satisfy them over the long three-month wait.