Where to find Deino and Zweilous in Pokemon Sword? - Dexerto
Pokemon

Where to find Deino and Zweilous in Pokemon Sword?

There are plenty of rare Pokemon to try and find in Sword and Shield but they don’t come harder to find than Deino and Zweilous. We know its exact spawn location and where to find its powerful final evolution Hydreigon as well.

These fan favorites are exclusive to Pokemon Sword, however, so Shield players will have to rely on trades to get hold of Deino and co. There are other species which are exclusive to each of Sword and Shield as well.

The Galar region is full of brand new species to catch but Pokemon fans are a nostalgic bunch and there’s just something satisfying about catching an old favorite. Deino was released in Gen 5 so it was first available in the Pokemon Black and White games. 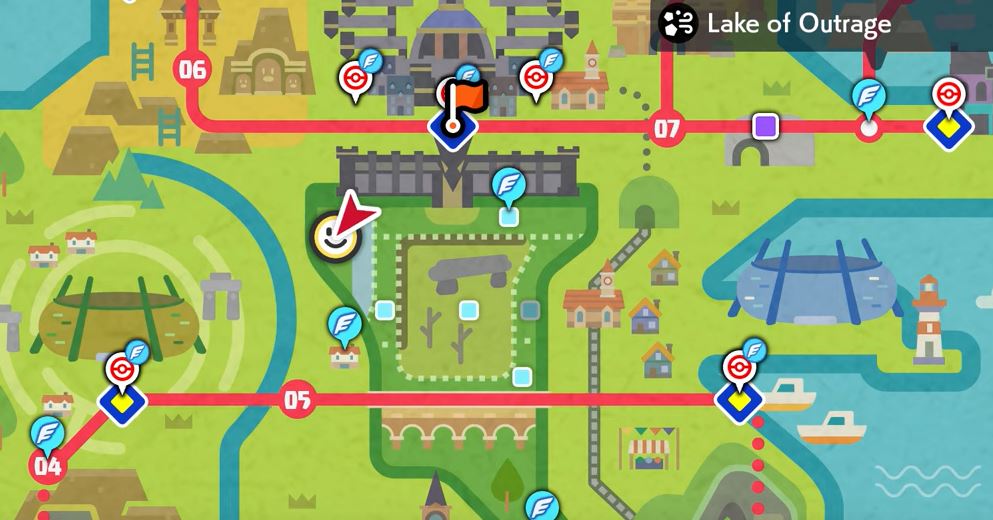 The Lake of Outrage is marked by the red arrow, just under Hammerlocke Hills…

The Lake of Outrage plays host to lots of powerful and rare Pokemon and one of these is none other than Deino itself. This is the only place you’ll be able to encounter the dual dark and dragon-type, too.

If you didn’t know the Lake of Outrage is one of several locations within the Wild Area. It can be found in the upper-left hand corner of the vast expanse of land that covers the center of the Galar region.

Larvitar is another version exclusive that spawns solely in the Lake of Outrage. The popular Gen 2 Pokemon spawns there 5% of the time which appears common to Deino’s super rare 2%. It can be found in both the overworld and in long grass.

What weather can you catch Deino in?

If the 2% wasn’t tricky enough, Deino only spawns in one particular weather condition — in the rain. If you’re lucky enough to encounter it then you’ll find it between level 50 and 52. That means if its sunny, snowing or even a sandstorm then that 2% chance of spawning goes all the way down to 0%.

While Deino is one of the more beloved species of Pokemon, its likely you’ll be looking for Hydreigon. Evolving it into Zweilous won’t take long at all. In fact, it will evolve as soon as you increase it just one level because it evolves at level 50 anyway.

Both Zweilous and Deino can be found in the wild, albeit in different weather conditions…

You’ll have to be a little more patient for Hydreigon, however. Zweilous only evolves at level 64, so you’ll have a minimum of 12 levels to gain.

You can also get Hydreigon by finding Zweilous, which is also exclusive to the Lake of Outrage. It can only be found in the thunderstorm weather condition.

Zweilous also spawns between level 50 and 52 though, also just 2% of the time, so there’s no real advantage to finding it ahead of Deino.

There you have it, the only place to find Deino. Good luck finding it because it is one of the rarest species in Pokemon Sword. Trading aside, it could be one of the stumbling blocks in your quest to complete the Galar Pokedex.