Pokemon Let’s Go Pikachu and Let’s Go Eevee is just over a week away. Official release date and launch trailer below…

Pokemon Let’s Go will launch worldwide on the Nintendo Switch on November 16. Interestingly, it is only the third Pokemon game to have a release date of the same day across the world.

The two previous Pokemon games to do this were Pokemon X and Y, and Pokemon Ultra Sun and Ultra Moon. Pokemon Let’s Go’s release date was announced on May 30. 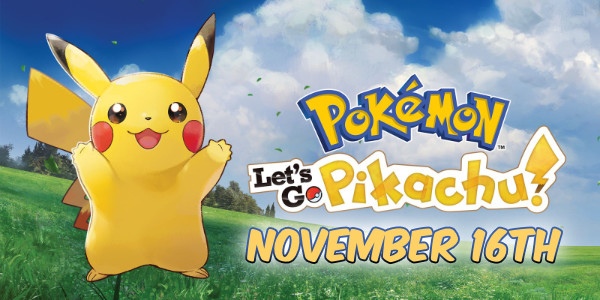 The Pokemon Let’s Go trailer was also released on May 30, garnering over 15 million views since its release. The massive view count makes the video the fourth most-watched video ever from the official Pokemon YouTube channel.

Not only will the Nintendo Switch offer more powerful hardware but it also enhances, and alters, how the game is controlled.

The Nintendo Switch Joycons change the way Pokemon are captured. Rather than using traditional buttons, the motion feature is used to capture Pokemon. The two Joycons will also be used for co-operative play.

Naturally, with the release of Pokemon Let’s Go Pikachu and Let’s Go Eevee just around the corner, information about the game has become increasingly available.