Nintendo’s first Pokemon game on the Switch, Pokemon Let’s Go, has been a success. As a result, a Johto sequel, based on generation 2’s Pokemon Crystal, is now a likelihood.

Pokemon Let’s Go had record sales over the first week of its release. The 3 million sales the game achieved put it among Nintendo Switch’s top 10 games sold. An impressive feat for one week of sales!

This information alone might have confirmed a Pokemon Let’s Go 2 game. In an interview with Eurogamer, when asked about a Let’s Go Johto game, Junichi Masuda stated “if everyone enjoys playing these games.“

In any industry money talks and gaming is no exception. If there is demand for it then there is a big incentive to make the game.

Therefore, based on the success of Pokemon Let’s Go, there is enough money to be made from a sequel. This suggests a sequel based on the generation 2 Pokemon Gold, Silver and Crystal games is a when rather than if.

Read More: What are the best selling Pokemon games?

Further confirmation may come from a NPC in Pokemon Let’s Go. Sabrina, the gym leader from Saffron City, hints at there being some form of sequel in around three years.

The comment may seem innocuous. However, the fact it has been put there many Pokemon trainers see as an easter egg. Moreover, the comment can’t be seen until you rematch Sabrina after completing the Elite Four. 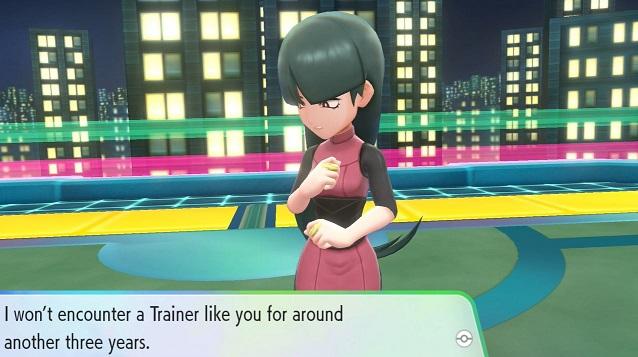 Does Sabrina confirm Pokemon Let’s Go 2 is in the works?

It has been suggested that the Johto region could be added to Let’s Go as a DLC. We don’t think this is likely, however.

Firstly, it doesn’t make great business sense to add so much content in a DLC. Pokemon Let’s Go 2 (Crystal let’s call it) would justify an entirely new release like the Pokemon Gold and Silver games.

Interestingly, Sabrina states a further three years, which is how long the Jotho games were released after Pokemon Red and Blue (in Europe).

Evidence and logic suggests we’ll have to wait until 2021 for a generation 2 version of Let’s Go. That doesn’t mean we have to wait long for a brand new Pokemon game in 2019 though.

The new game, expected in late 2019, is all but confirmed to be the introduction of Pokemon generation 8. An official announcement could be imminent. Meanwhile, we discuss what we know so far and even offer a screenshot as to what Pokemon 2019 could look like below.