The Throwback 2020 Celebration event is expected to come to Pokemon Go shortly.

The new event was found in a datamine by the PokeMiners and, as the name suggests, will feature an array of Pokemon that have previously been released. References in the text were found to all of Kanto, Johto, Hoenn and Sinnoh.

These are the four regions’ Pokemon that have been released in their entirety to the mobile game. So, it looks like the event will be divided into each of these areas where species from each will feature.

Where did your #Pokemon journey first begin? pic.twitter.com/kkPeZzoxjf

Whether this will all be crammed into one day, much like the first ever Incense Day, spread over several days or are special research challenges remains to be seen.

Within the same datamine, new details about Remote Raid Passes were also found. This means their release draws ever closer.

It’s possible they’re released as part of the Throwback event but given we’ve been waiting a little bit already, they could come any day now. 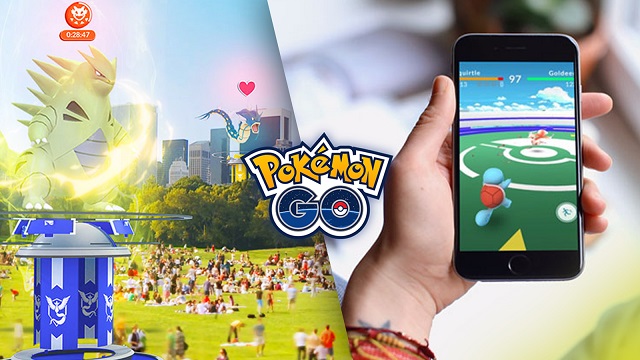 There were some interesting bits of information to glean from the added text. Firstly, when Remote Raid Passes do eventually become available to buy in the Pokemon Go Shop, they will come in packs of five. You may also be able to buy singular ones but this wasn’t mentioned. The cost of the pack wasn’t revealed either.

A big part of Remote Raid Battles is being able to play with your friends and it looks like that part of the feature will be available off the bat. Text referring to “Your Friends” and “Invitations” were found. It should be noted though, that Niantic previously revealed you’ll be only able to play with friends in your local area – so, that friend residing half away across the world is off limits!

Elsewhere, there was a lot of discussion about the reduce damage a remote participant would deal. It looks like this has been flipped on its head, at least for opening of the new feature. Those using a Remote Raid Pass will actually deal more damage. This will likely reverse once the feature becomes embedded into the game.

So there you have it – two exciting things to look forward to in Pokemon Go. If we’re lucky the Throwback event may even give us a chance at getting all of those legends again. A lot of trainers are currently looking for Dialga to compete in GO Battle Master League…