The road to Gen 5 in Pokemon Go is well and truly underway as Niantic have teased several Pokemon from the Unova region.

Niantic have confirmed that Pokemon from the Unova region will be appearing in Pokemon Go as part of the third week of the Ultra Bonus Challenge – three separate weeks of bonuses as a reward for players completing the challenge research tasks during the Pokemon Go Fest events.

The official Pokemon Go Twitter account has now teased silhouettew which appears to be Gen 5 species. The first was not a skinny Charmander as some have jokingly replied, but that of Snivy, one of the starter Pokemon.

As predicted, two days after the first tease on September 10, the Pokemon Go Twitter was at it again, teasing Tepig. It is only the silhouette but we’ll eat our hat if it isn’t the fire-starter from Unova. It became even more certain that it was indeed Tepig, as Oshawott was seemingly teased on September 13.

In truth, it isn’t exactly the most cryptic of teases as the majority of Pokemon trainers who have played the Gen 5 games would recognize the outline. This is typical for the Pokemon Go Twitter, though, as fans sarcastically responded to a recent Jirachi tease, too.

The tease of Snivy, Tepig and Oshawott isn’t exactly surprising as the introduction of previous generations have started with their respective grass-type starters too – alongside the fire and water-types as well. 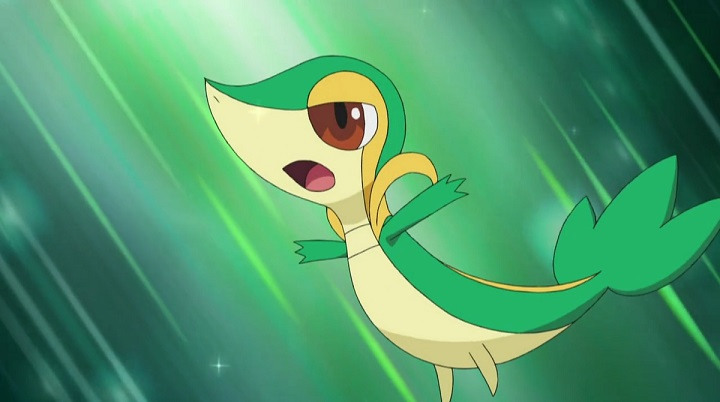 Snivy is the grass-type starter from the Unova region…

Update: As of writing, we are two days away from the introduction of some Unova Pokemon, and now the Unova starters have already been teased, we can see what else Niantic have up their sleeve.

One other Pokemon Gen 5 species has also been teased – this was the ghost-type Yamask. This means four in total have been alluded to.

:sleuth_or_spy: Reports show that each of these Pokémon carries a mask that used to be its face when it was human. Sometimes they look at it and cry… :performing_arts: pic.twitter.com/cod7xl1HA0

Elsewhere, a data mine revealed an extensive list of Pokemon, that were first seen in the Black and White games, which could be the first to appear in the popular mobile game. That list did indeed include the grass-type starter, Snivy.

That list included 61 of the 156 Pokemon from generation five. It’s unlikely all of these 61 will be added right away, and much like Gen 4, they could be released in approximate monthly batches. The 61 listed Pokemon indicate they are within the code of the game and this means they can be expected to come first – just in which order and when remains to be seen.