Popular streamer Félix ‘xQc’ Lengyel has called out Denial Esports over claims that they have reimbursed players that were owed money.

Denial’s original run ended in 2017, by which time the organization had acquired a reputation for failing to pay prize money and salary owed to players across a variety of games. According to a report by Dot Esports, those debts may have amounted to more than $35,000.

In December 2018, however, Denial Esports returned under new management. Upon taking over the Denial brand, new owner Zach Smith announced that he would be repaying the debts owed to various players, claiming that the “debt has been agreed upon” and “the players are happy.”

Several former Denial players did testify to having been paid the money they were owed. According to xQc, however, neither he nor many of the players he’s spoken to were among them.

Prior to his most well-known stint as a player for the Dallas Fuel, xQc made his name with a Denial Overwatch squad that for some time dominated the various online tournaments that made up a significant part of the fledgling Overwatch esports scene. 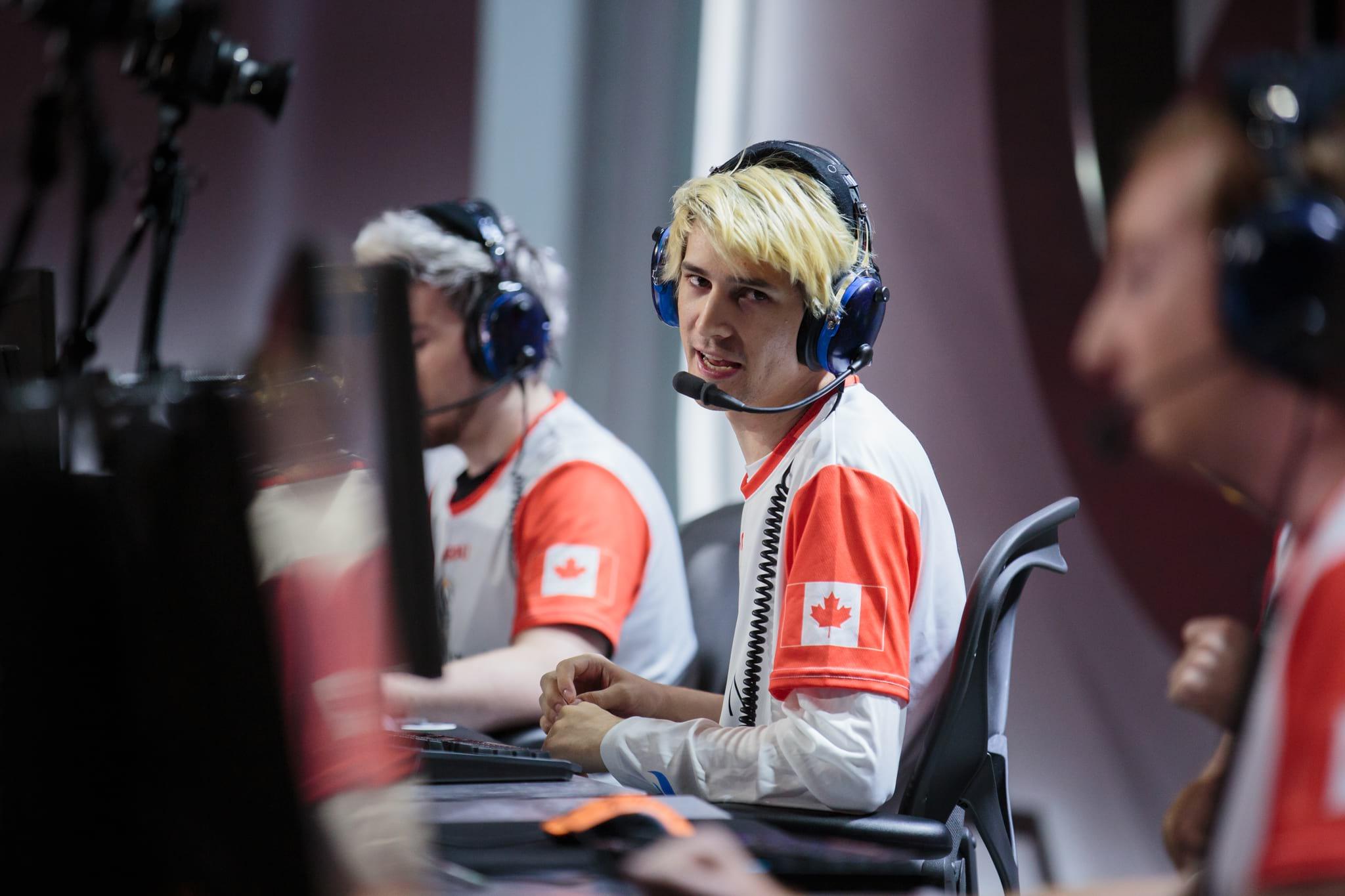 After retiring from professional Overwatch, xQc has become one of the most popular streamers on Twitch.

When reports surfaced that a law suit was being pursued on behalf of several former Denial players for the money owed by the organization, xQc announced that though he and the rest of the Overwatch squad had kept quiet about their own experience in order to focus on securing places in the Overwatch League, they had suffered losses at the hands of the organization and had kept records of such.

During a recent stream, xQc addressed the Denial situation once again, stating that despite the claims of the new ownership, he has not been reimbursed.

“I did not get an email, I didn’t get a DM, I didn’t get a message, I got nothing from them, not a single thing. And later on I talked to my old team-mates, nobody got anything except for one person. They said they offered him $200 out of the $2,400 that they stole,” xQc claims.

Denial Esports has been working hard to rebuild the reputation of brand left in tatters at the time of former owner Robby Ringnalda’s departure, but it seems not everybody is convinced yet.

Zach Smith has responded to xQc’s allegations, issuing the following statement to Unikrn in an attempt to explain things further.

“We’ve tried to set up several meetings with him through us reaching out and having his old teammates that have been paid too and he has not responded. Him and Tfue are the only ones who we haven’t spoken with. Also for the record his contract was not binding nor did we have an obligation to pay the Overwatch players but we did anyway to make it all right. We offered the team (through Dahun) payout, and Dahun went back to the team with the offer and we were told they ‘weren’t interested’.”

Dustin Steiner of Unikrn also stated that Denial offered credible evidence that they did indeed reach out to xQc through DM after the above clip went viral.

Overwatch players have been dying to know more details about Overwatch 2, but while the developers have remained tight-lipped on the details, they hinted that one of the new maps could take place in Kraków, Poland.

Overwatch 2’s development is still a mystery in many ways. It’s been delayed time and time again, with no release date in sight. To make matters worse, a series of job listings suggest it’s still far from completion. However, Dexerto’s Bill Cooney is confident that a delay could be a blessing in disguise.

Either way, fans are dying for more information. Fortunately, the developers have finally started dropping some hints, but it has nothing to do with an official release date. Instead, it has to do with a potential new map in Overwatch 2.

It feels like an eternity has passed since Overwatch 2 was first announced back in 2019.

A team of developers talked about the new map, Kanezaka, in a recent interview on the official website. They discussed the inspiration for the map along with its design and what players can expect.

The interviewer then asked them, “If you could choose any location for a new Overwatch map, where would it be?” They probably expected to get a simple answer. Instead, they got a bombshell.

“You’ll see in Overwatch 2!” said the developers. One dove a little deeper and added, “Kraków, Poland. This is a city that I visited a few times and fell in love with. The medieval architecture is beautiful and well preserved, the city has very pleasant plazas and open spaces, with lots of interesting shapes and colors!”

Tracer would have a field day blinking through the infrastructure of Kraków, Poland.

At this stage, it’s nothing more than a hint. However, it’s a pretty strong one and a sign that it could be in the works.

Overwatch fans would love to see more locations in the sequel, and there’s no doubt that Kraków would be a great addition.

Hopefully, it’s the first of many more hints and the developers will reveal more details on what players can expect in Overwatch 2.