Overwatch’s Mei is being added to Heroes of the Storm

Heroes of the Storm Mei

Blizzard has indicated that the one and only Mei will be the next Overwatch character to join the Heroes of the Storm roster.

Mei is one of Overwatch’s most infamous and feared characters, in part because she can literally freeze you and stop you from doing anything for a few seconds, no matter who you’re playing as.

Her primary fire and ultimate can both freeze enemy heroes, turning even the most well set up defenses into basically a shooting gallery, and now it seems she’s taking her talents to Blizzard’s MOBA.

Of course, Blizzard didn’t just come out and say that Mei would be the next new hero, but based on the HotS teasers they’ve tweeted over the last few days, it doesn’t take much to put two and two together.

First, there was an image of the game’s Alterac Pass map covered with what seemed to be a blizzard (the name of her ultimate) on June 13. On it’s own this doesn’t particularly scream “Mei” however, the next teaser all but confirms her upcoming arrival.

If you’re not an Overwatch player, what these glowing dots actually are might not be instantly apparent. All of the loyal Mei acolytes out there though will be instantly able to recognize them as the eyes of her loyal companion Snowball.

We know from her “Rise and Shine” animated short and countless hours of the FPS that Snowball, besides being absolutely adorable, is also a key part of her kit. The loveable little robot actually turns into a pure killing machine once she throws it out for her Blizzard ultimate.

No doubt Mei and Snowball will continue to be cold as ice when they arrive in the Nexus, but exactly what her abilities will be when compared with Overwatch remains to be seen.

Sure Snowball seems cute, until you get frozen and take an icicle to the brain.

Other Overwatch heroes that have been added to HotS include Zarya, Tracer, Lucio, Junkrat, D.Va, Hanzo, Ana, and Genji. They all use their same basic kit from Overwatch, but these abilities can be leveled up and made more powerful as the game goes on.

For instance, Lucio has two abilities that could be called “ultimates” in HotS. One is his regular Sound Barrier which provides a temporary, decaying shield to allies, while another one unique to Blizzard’s MOBA called “Summer Anthem” makes teammates in his AOE unkillable for 1.5 seconds.

What Mei’s abilities will look like in HotS is only part of the remaining puzzle, the other piece being when exactly she’ll arrive in the game. While we don’t have a set date just yet, players should start preparing to face the ice queen since Blizzard is teasing her, a full release announcement probably isn’t too far off. 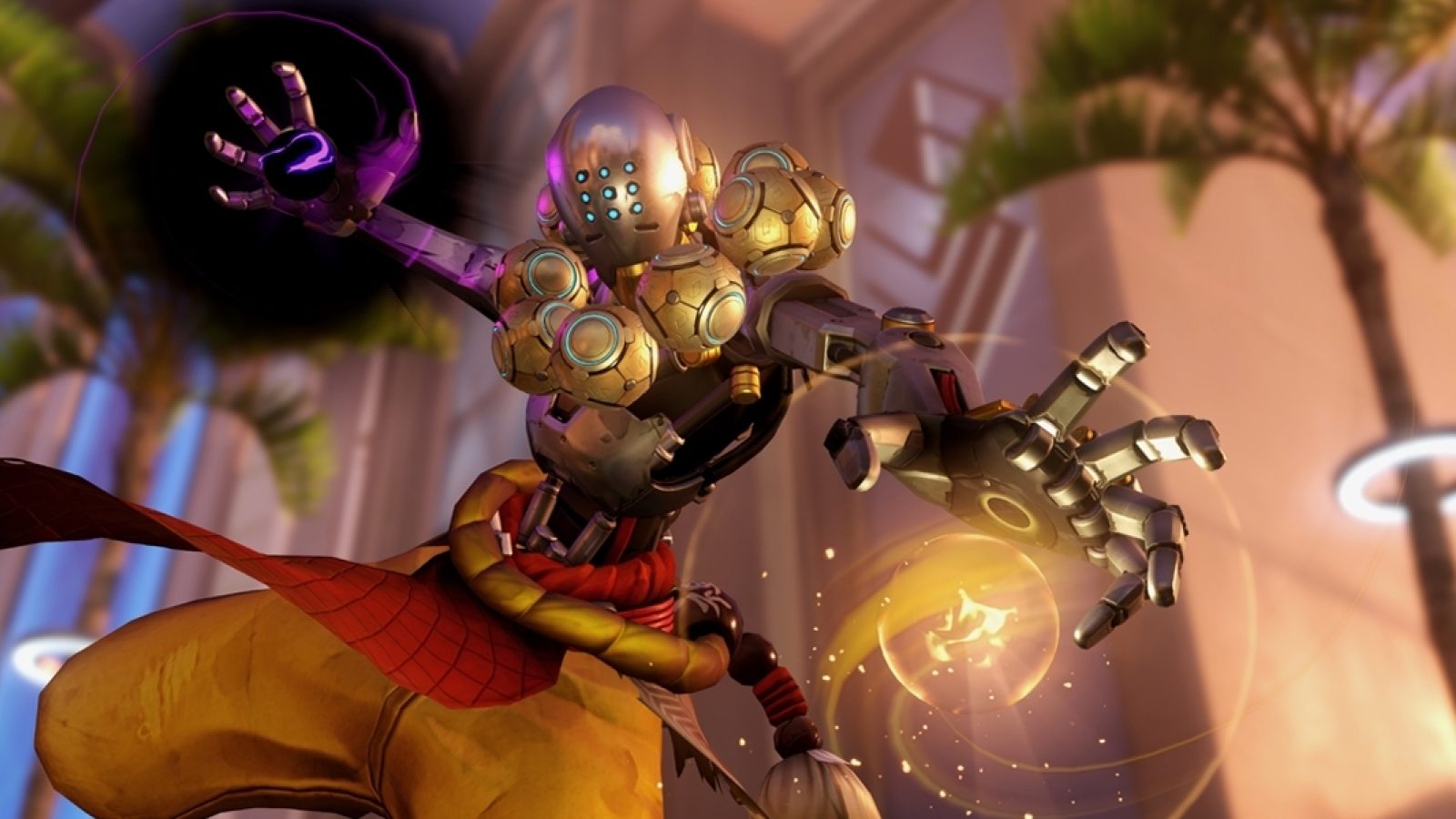