Team Fortress 2 characters face off against Overwatch heroes in a new YouTube video to determine which game will reign supreme once and for all.

Overwatch may have come out nearly a decade after Team Fortress 2, but the two communities still share a healthy sense of competition as the games are fairly similar.

In a new YouTube video by The Winglet Overwatch heroes take on the iconic classes of Team Fortress 2 to see which team-based hero shooter would come out on top. 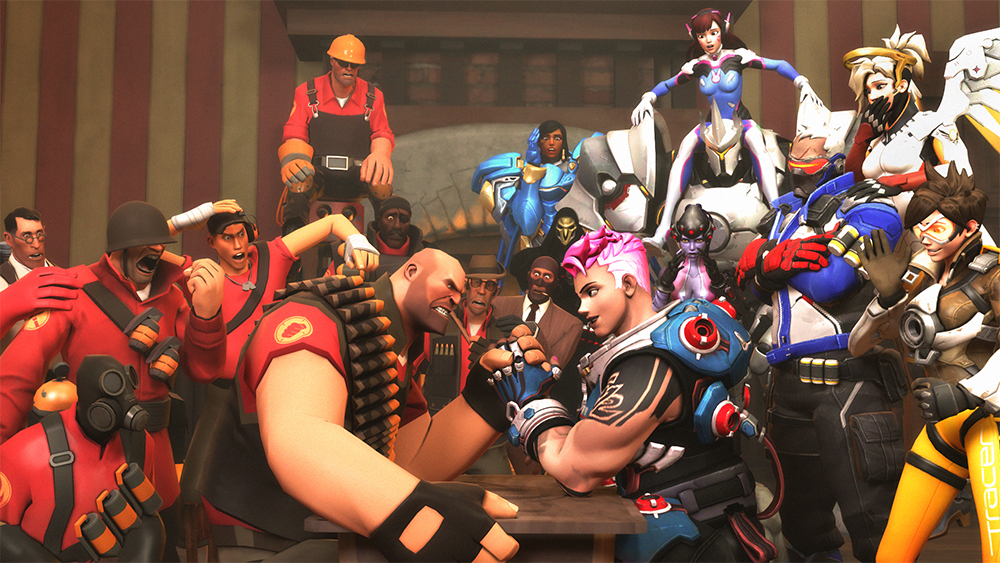 The debate over which game is better has been going on basically since Overwatch came out.

Battle of the Brands

The video is the second Overwatch vs. Team Fortress 2 video from The Winglet and starts off with the heroes getting ready in spawn. As usual, Symmetra takes a little convincing to switch to Mercy.

Things get crazy right out of the gate as the Overwatch team is greeted by a group of spies being ridiculous outside of spawn.

Some Overwatch players will probably be happy with what happens to Mei at the hands of Pyro, but one of the best parts of the video has to be the epic battle between Medic’s bird sidekick Archimedes and Bastion’s feathered friend Ganymede.

Even B.O.B. makes an appearance to face off against the Heavy that seems to be giving Overwatch a very hard time all throughout the video.

Like most debates about which game is “better” the video ends without a clear winner being decided, but it does give TF2’s Engineer a Play of the Game that Torbjörn would be proud of.

Zenyatta may have gotten shut down by Spy during the battle (he’s a robot, after all) but he is getting a fancy new skin for Jjonak’s 2018 MVP award.

The new Zenyatta skin will be available from June 27 to July 14, so Zen mains should be sure they’ll have enough Overwatch League Tokens to unlock it before it’s gone.