Overwatch has kicked off a brand new mini-event, this time focused on Mercy that gives players the chance to unlock a brand new skin for a limited time.

A new short story titled “Valkyrie” focused on Mercy came out on November 11 and as with past challenge events, it was a preview for an event focused on Dr. Ziegler.

The story focused on Mercy meeting up with Soldier and Ana in Egypt, where she’s working as a doctor in an aid camp.

She takes a bit of convincing but eventually joins her old Overwatch teammates to get the band back together before the events of the Zero Hour short from BlizzCon 2019.

How do we unlock the new Mercy skin?

Like other Overwatch mini-events, players unlock all the cosmetics and the new Mercy skin by winning a set number of games during the event from November 12 to December 2.

Winning three games will get you a Mercy player icon, six wins unlocks two sprays from the short story and finally, the Dr. Ziegler skin takes nine wins to acquire. 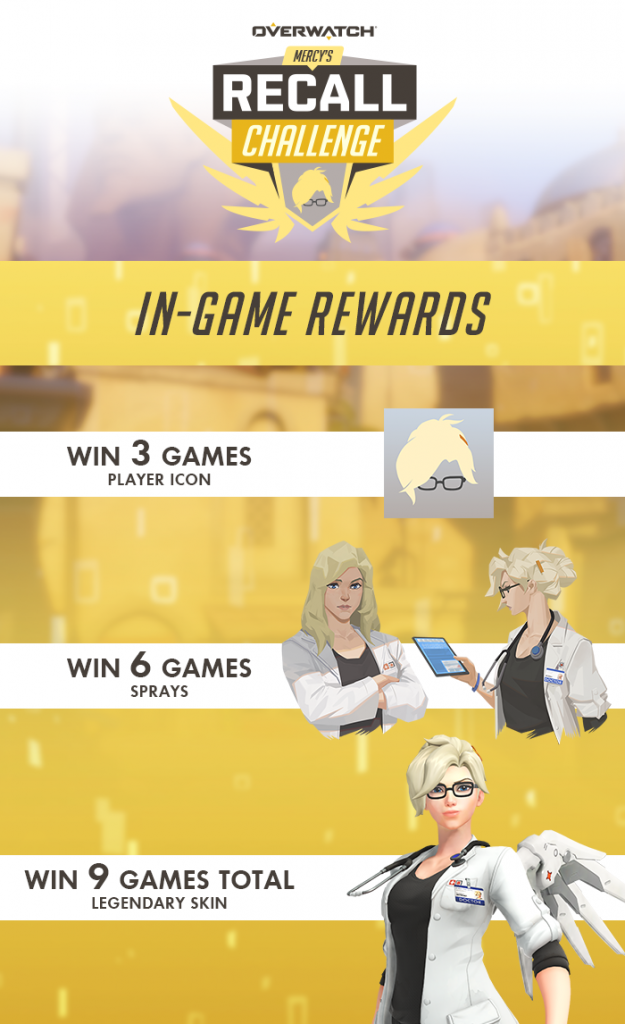 Along with the in-game challenges, Mercy die-hard fans can earn extra sprays by watching participating Overwatch streamers on Twitch.

How do we get the Twitch rewards?

There are a total of six additional Mercy sprays available for players who have their Twitch and Blizzard accounts linked.

Unlike past events that had players tune in to certain streamers to unlock the rewards, now simply watching any channel streaming Overwatch on Twitch will qualify for the rewards this time around. 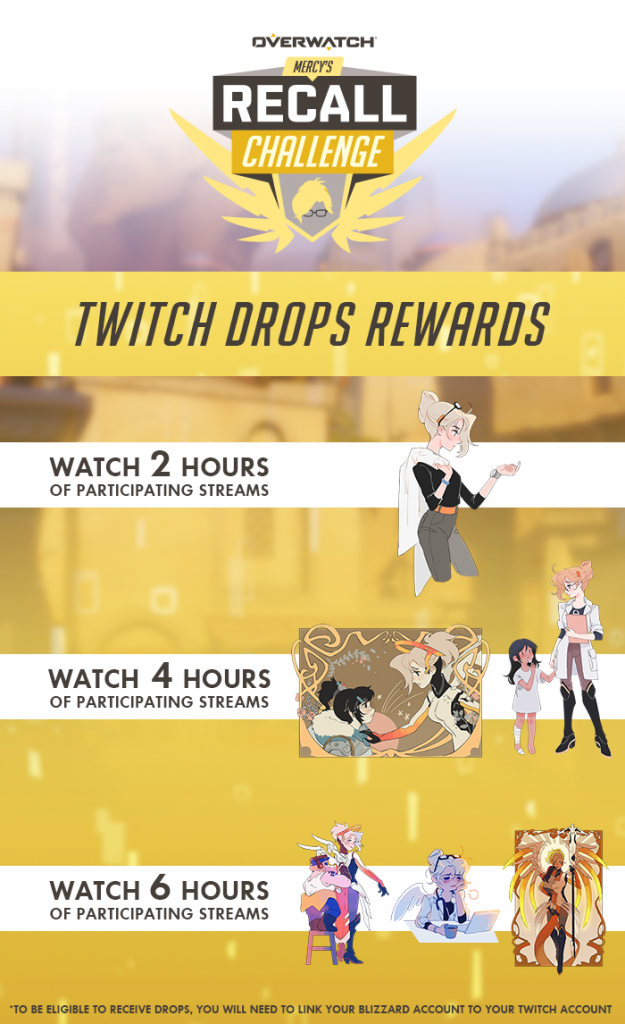 All of the cosmetic rewards are only available until December 2, which is a good chunk of time for players to knock out nine games and unlock the limited-time Dr. Ziegler Mercy skin.