One artist has made Widowmaker a fantastic Overwatch crossover skin that transforms her into the popular boss called Shadow Sae from Persona 5.

Persona 5 came out in September of 2016, just a few months after Overwatch first went live and the game has remained popular ever since.

The crossover skin was made by concept artist Cassandra De La Torre and it’s sure to be a hit with both Overwatch fans and Persona 5 players. 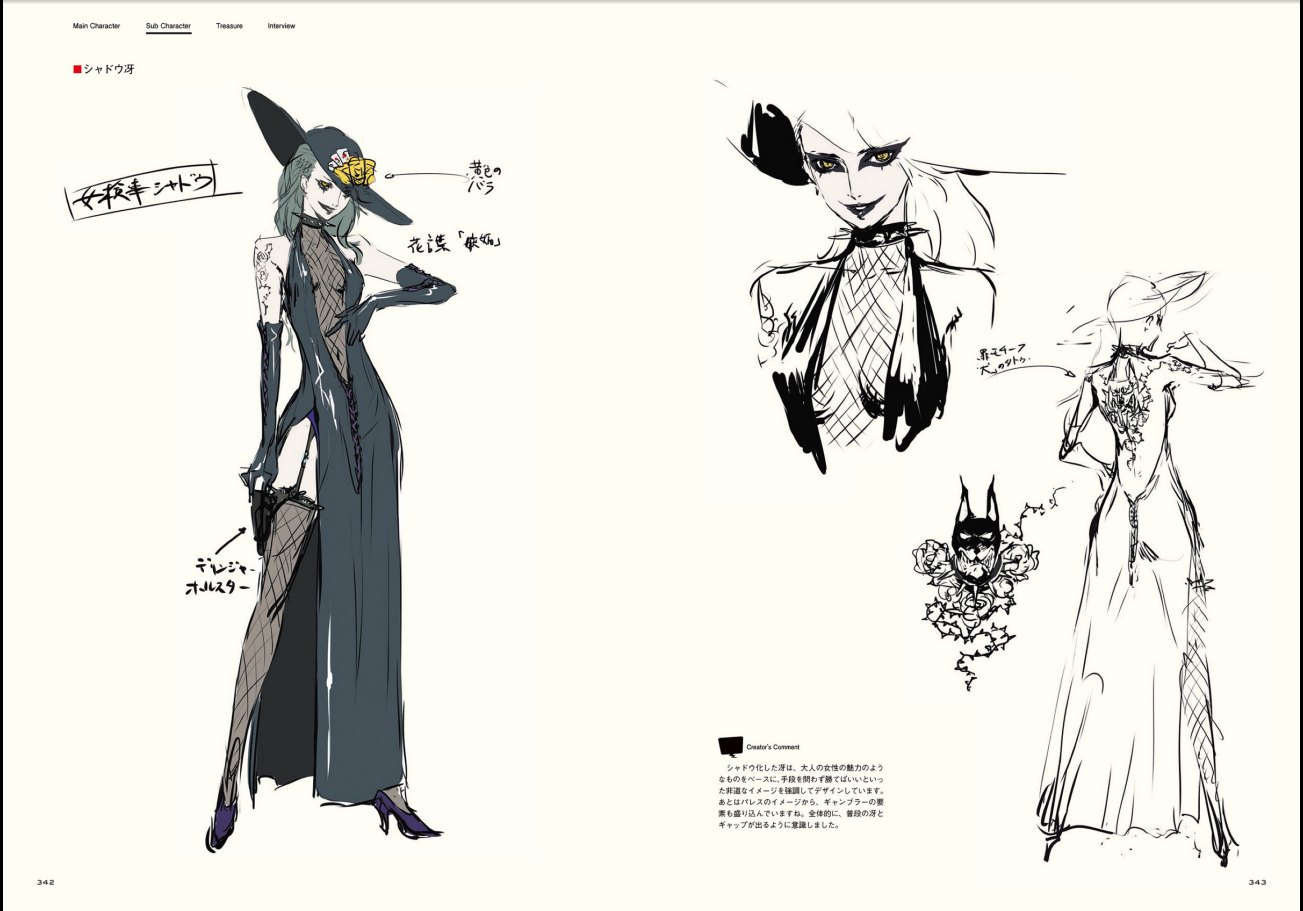 Shadow Sae is the Shadow of Sae Niijima, a character in Persona 5, and the character is a perfect aesthetic match for Widowmaker, if we do say so ourselves.

Sae’s Shadow has yellow eyes, wears thick black eyeliner as well as a hat that resembles something you’d see in a Prohibition-era club and De La Torre was able to work all of that and more into the Widowmaker concept. 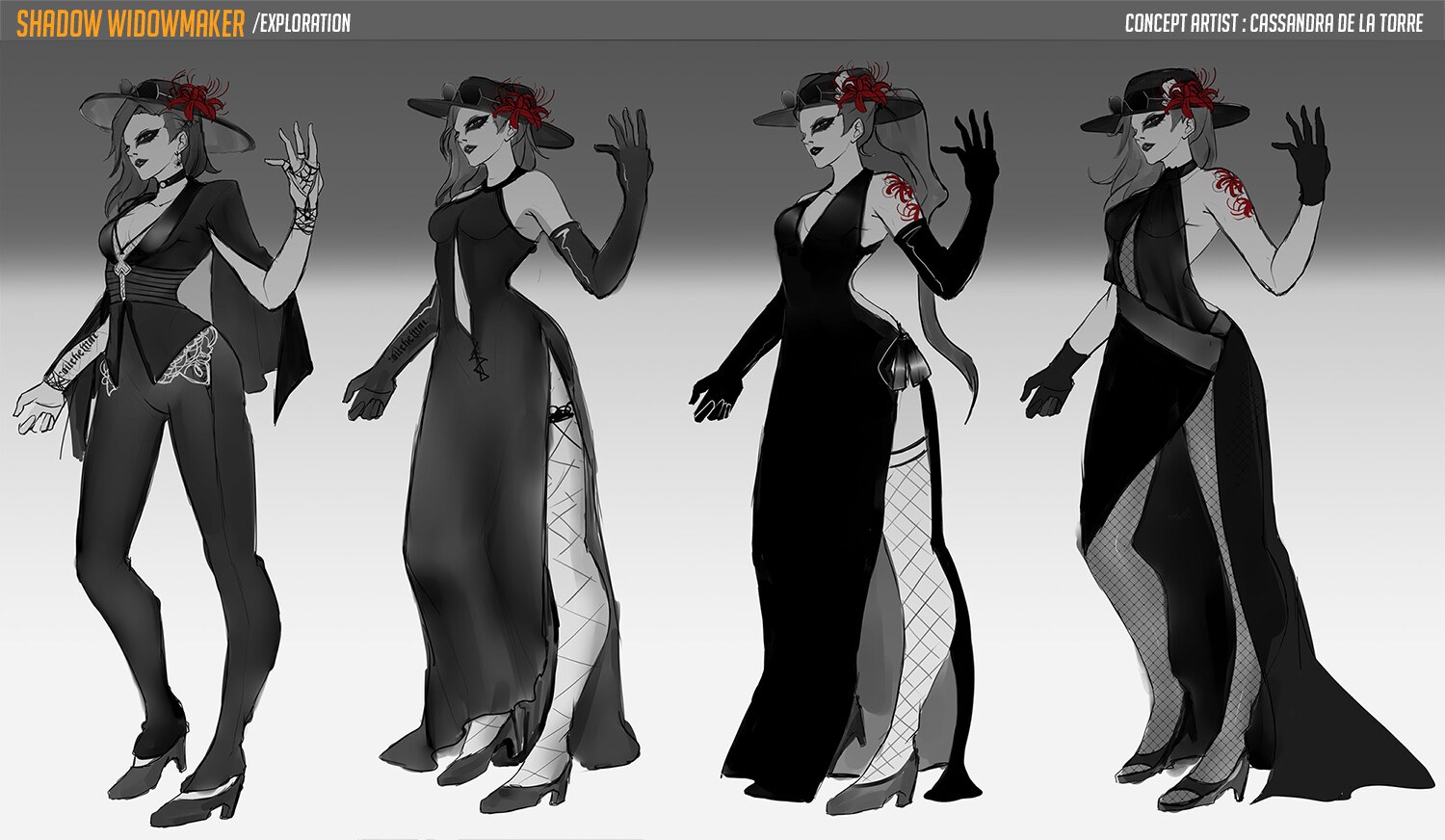 The first stages of Shadow Widowmaker from De La Torre.

Widowmaker doesn’t have a spiked collar like Shadow Sae in the skin concept, but she was given a new design for the tattoo on her back.

Looking at the design for Sae and Widowmaker side by side makes it obvious that the two characters would be great for a crossover, if Overwatch ever decided to include skins from games outside of Blizzard. 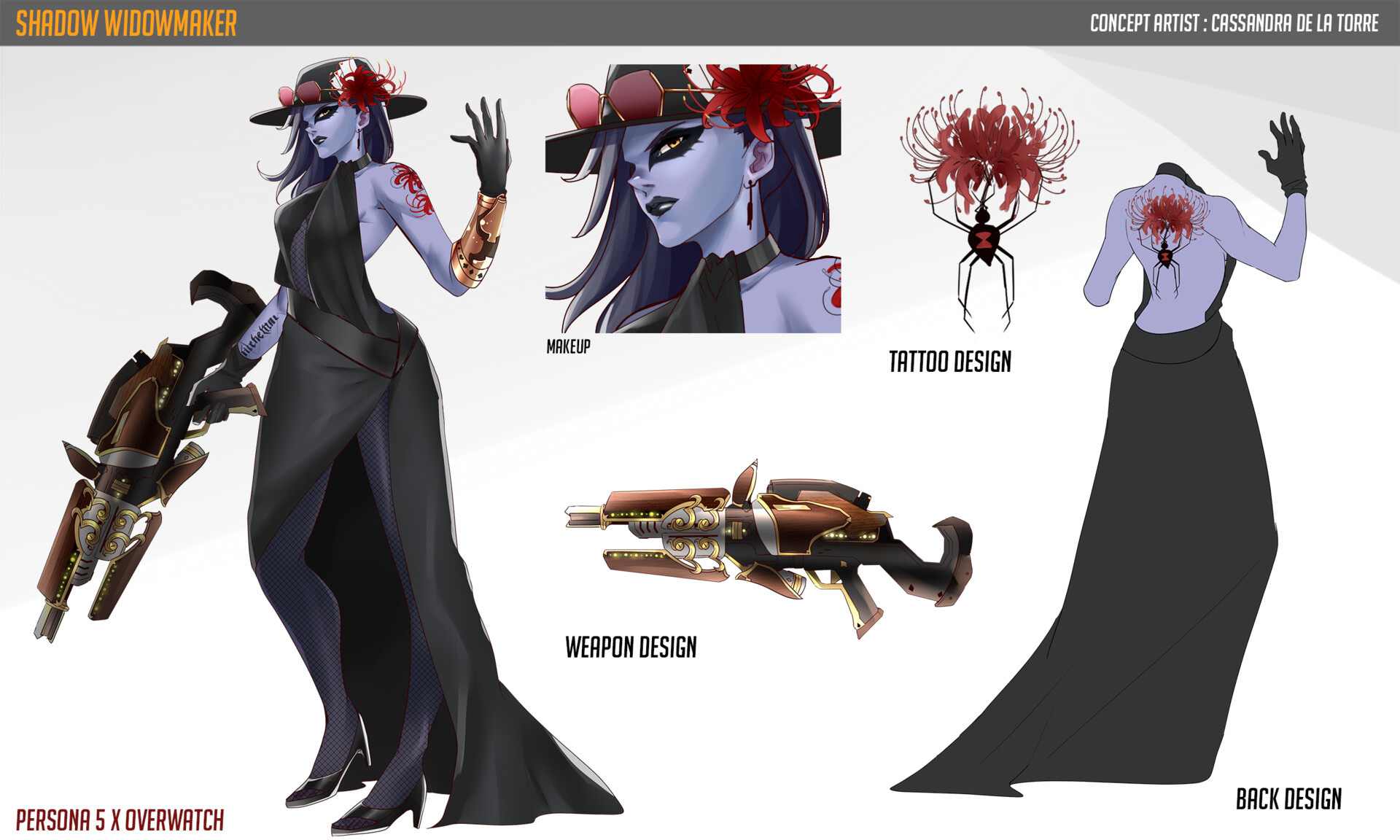 Shadow Sae Widowmaker, in all her glory.
[ad name=”article3″]

When will Widow get an actual new skin?

Widowmaker could very well get a new skin for the upcoming Overwatch Anniversary event, but as of writing Blizzard has only revealed two of the nine new skins, one for D.Va and Winston.

Besides skins, we know that Hammond, Baptiste and Ashe will all be getting a new dance emote and Ashe’s better include B.O.B. dancing too, or Jeff Kaplan will have a alot of unhappy Overwatch fans on his hands.

As always when a new event is about to start, players should wait to get their Arcade Loot Boxes until after the event begins, in order to increase the chances of getting a new Widowmaker skin, if we’re lucky enough to get one.