League of Legends star Tyler ‘Tyler1’ Steinkamp has almost pulled off the victory of a lifetime in Twitch Rivals scrims today, but his plans were thwarted just as the nexus was about to explode.

Twitch Rivals November is underway, with many of the best League of Legends streamers from around North America warming up for one of the biggest tournaments on the calendar.

There’s always a lot of anticipation around the event, and with scrims streamed by all players, there’s a lot of action to enjoy, especially when the games are close. One of the highlight matches of November 24 was Ashkan ‘TF Blade’ Homayouni’s team against Tyler1’s, which provided fans a backdoor for the ages. 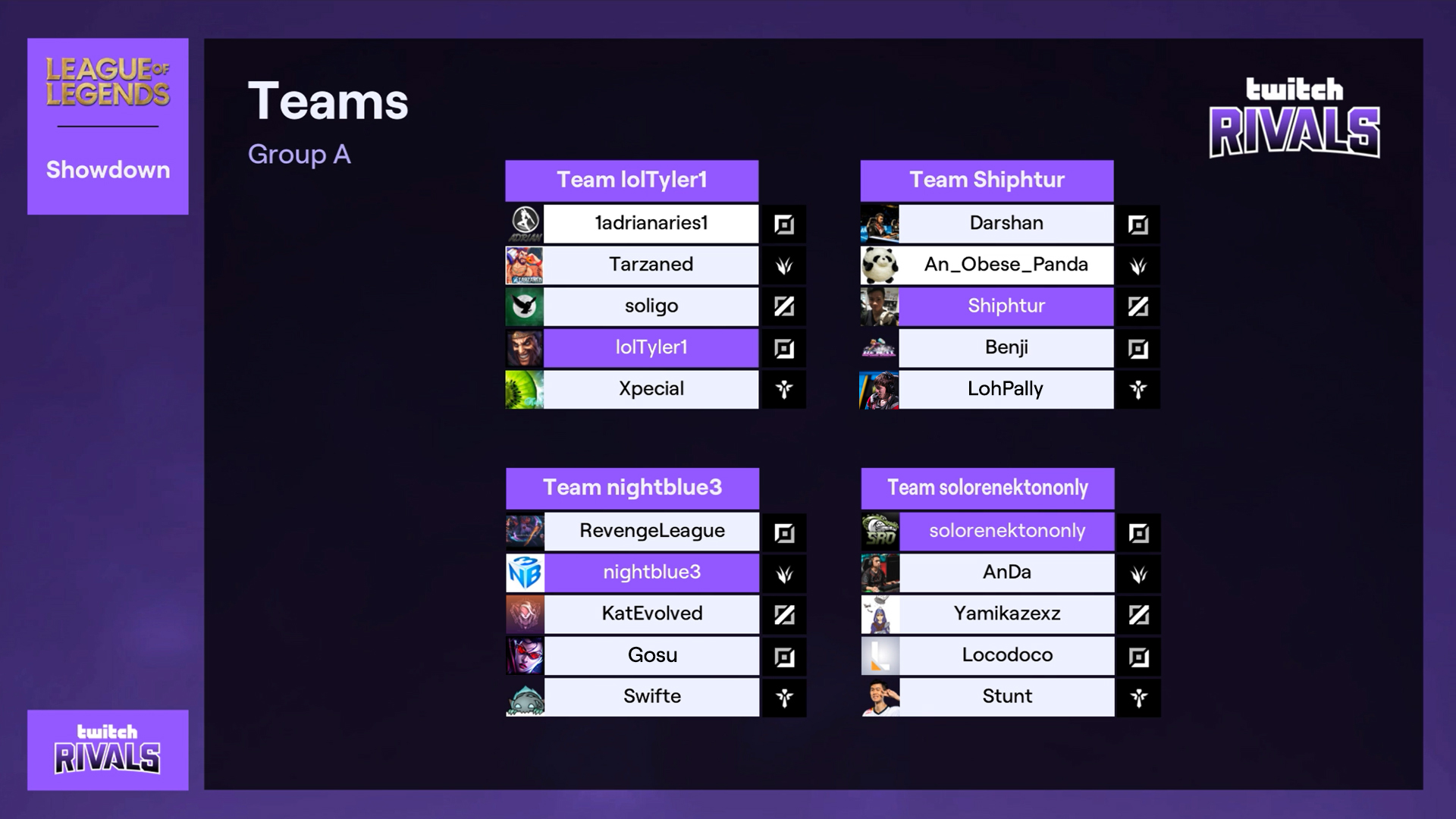 In the first matchup between the two heavyweights of League, Tyler1 and his team had their backs against the wall. While they had a kill and dragon advantage over TF Blade and company, their base was under siege.

With very little left in the tank, Tyler1 took it into his own hands to try and salvage the game for his team. He took the huge minion wave in bot lane and pushed it into the enemy base, taking down the inner tower, inhibitor, and both nexus towers.

For all the world, it looked like Tyler had pulled off the against-the-odds victory. His fans certainly thought so. He even started cheering as his team bunkered down, yelling “I’ve got it boys, I’ve got it,” as the team scrambled to stall for the Zed.

However, Tyler1 did not have it. All of his minions got slammed by the enemy super minions, which were freshly spawning as he entered the base. After his minions were taken down, Tyler1 was then pummeled by the supers, taking him low.

To finish him off, TF Blade managed to get his recall off and slash through Tyler1 with the nexus left at about 50% health. With no one else left to backdoor, Tyler1’s team was left for dead in their own base, losing a matter of seconds later.

Tyler1 let his team know that he wasn’t impressed with TF Blade getting his recall off, stopping any chance of nailing the incredible victory.

“You guys suck man, hold the f*cking line bro,” he yelled. “Hold it man, f*ck. I was tanking supers over here bro.” 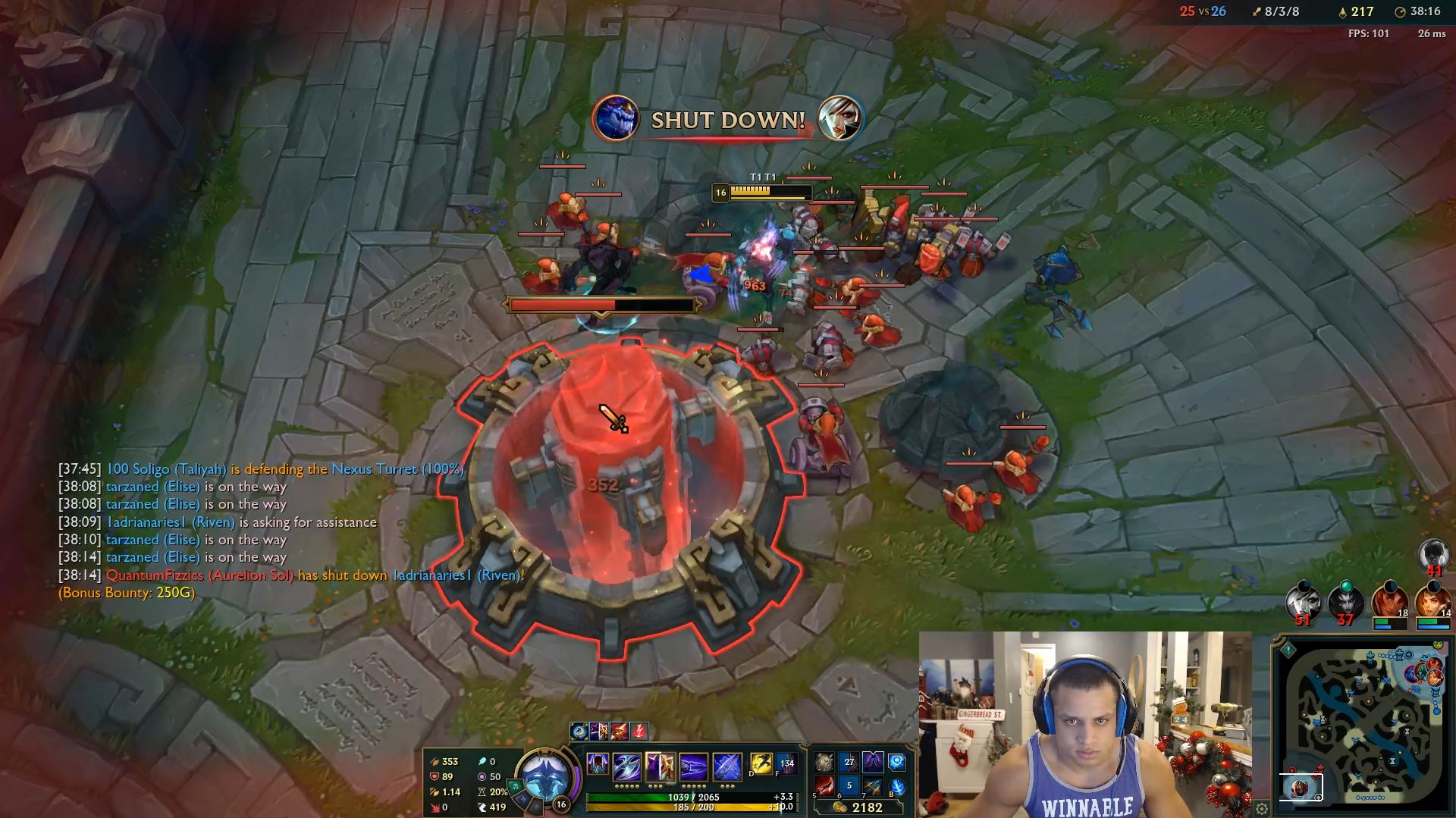 Tyler1 almost pulled off the backdoor of the century — almost.

It was all in jest though, as the team couldn’t contain their laughter with the streamer going off over the tight loss. While his new Zed bot didn’t quite get the victory he so desired, it was still pretty impressive, racking up a 8/4/8 scoreline.

He did manage to eventually get revenge on TF Blade though. Tyler1 lost the second game, but took it back in the third on his signature Draven pick, pulling out 11 kills in a blistering quick 18 minute victory.

If the backdoor was successful, it would have made the highlight reel of Twitch Rivals for years to come. Instead though, Tyler1 will be mulling over it all, wondering what would be different if he had his time again.