European mid laner Tim ‘League of Legends World Championship, and how good it feels to have survived the tournament’s group of death.

After a rocky 1-2 start to the group stage, Fnatic had a tough road ahead of them. If they wanted to make it to the final eight on home soil, they had to defeat SK Telecom T1, and Royal Never Give Up, the last of which was a major bugbear for them.

In nearly a dozen matchups, the European squad, and Martin ‘Rekkles’ Larsson specifically, had beaten RNG superstar Jian ‘Uzi’ Zi-Hao just once. It was a head-to-head record that had left fans and analysts doubting if Fnatic even had the capacity to reverse history. 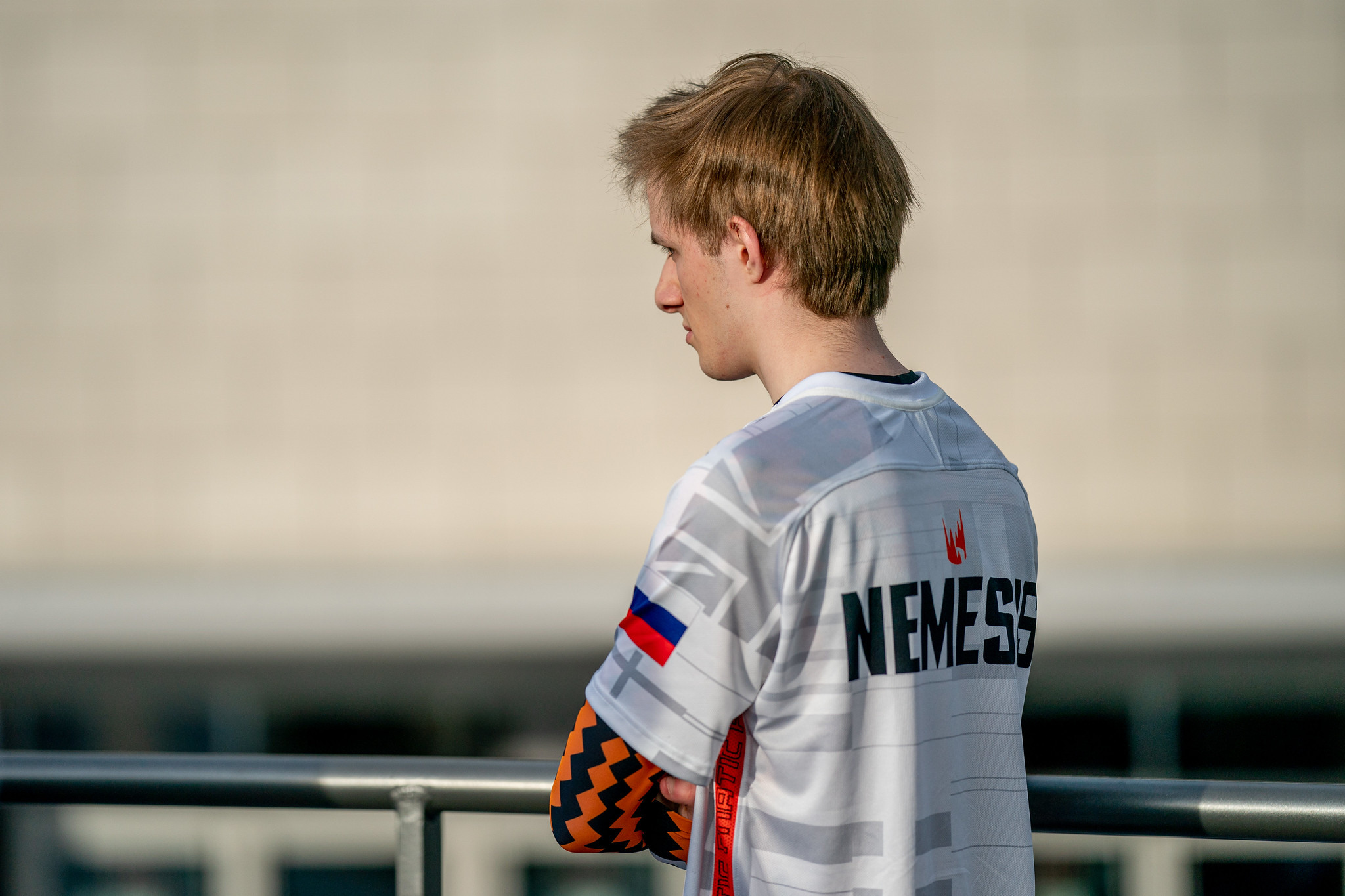 Nemesis has well and truly arrived on the international stage after defeating Faker.
[ad name=”article2″]

In another incredible Worlds run for the Season 1 champions, Fnatic downed tournament favorites SKT, upset RNG, and battled their way through 0-6 cellar-dwellers Clutch Gaming to secure a place in the quarterfinals.

The undefeated second round robin shocked League of Legends fans around the world, but Nemesis admitted to Bilibili after his team’s 33-minute win over RNG to close out the day that the squad had “failed” in the first week, and knew what they had to fix to recover.

“I think it was individual play, and some of our players not performing the way they should, and we didn’t learn what we should play on-stage,” Nemesis said of Fantic’s first-week woes.

“This is why Week 2 went better. Fnatic is strong at adapting to the Worlds meta, and I think we advance faster when the patch comes. That’s why we are ahead when it comes to drafts.” 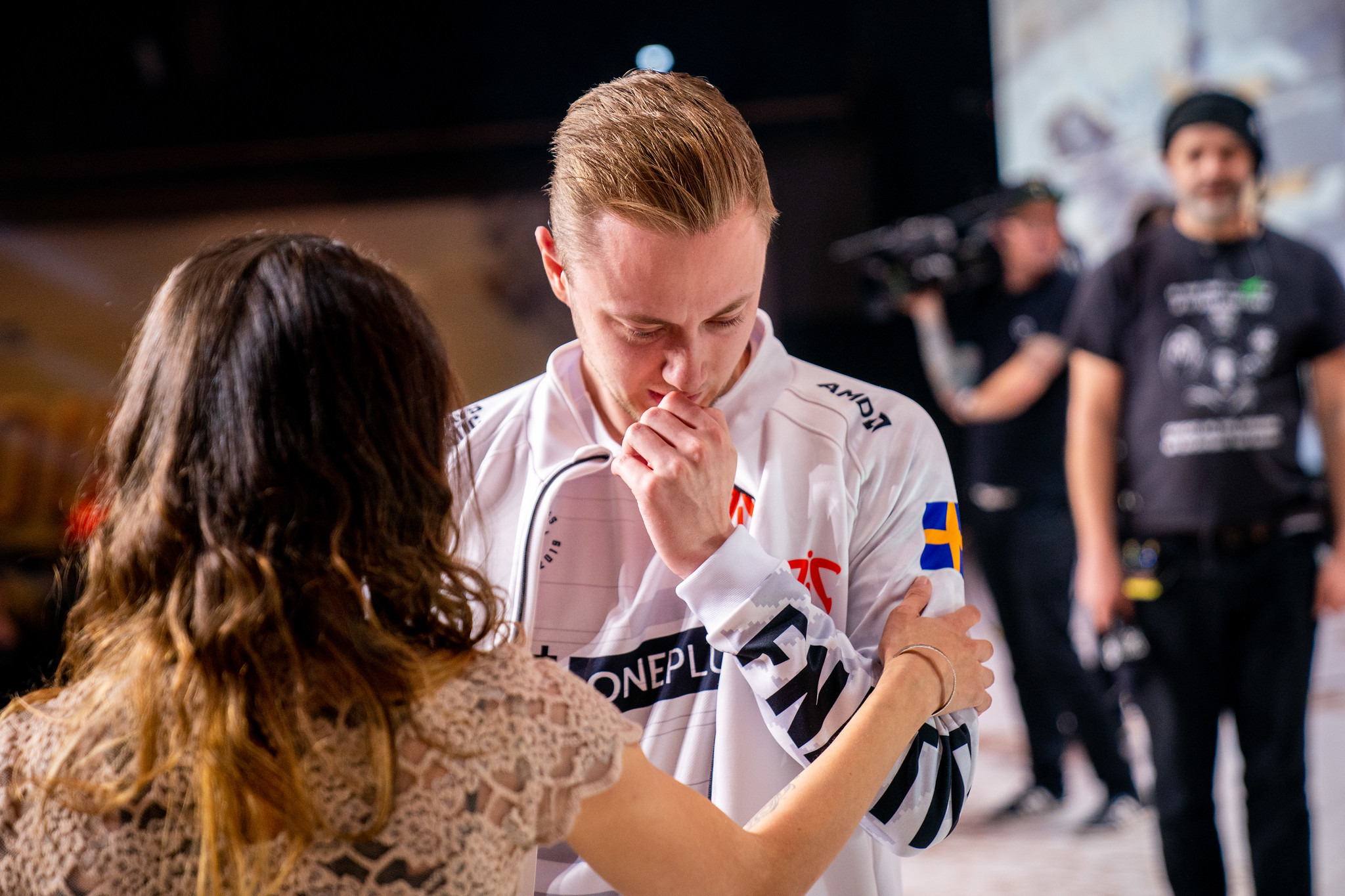 Fnatic veteran Rekkles broke down on stage after their win over RNG.
[ad name=”article3″]

Fnatic’s adaptation saw them switch from Garen-Yuumi in the bot lane, back to what had secured them a runners-up spot in the LEC — playmakers for Zdravets ‘Hylissang’ Iliev Galabov and Mads ‘Broxah’  Brock-Pedersen, and powerful picks for Nemesis and Rekkles.

Those changes, alongside rumors many of the Fnatic squad were battling with illness in the first week of the competition and had recovered in the second, helped the LEC hopefuls.

In particular, the shock upset over SKT was built off Nemesis’ hyper-scaling Veigar pick, which saw him shatter Lee ‘Faker’ Sang-hyeok’s early stranglehold on the mid lane matchup, before he went on to guide Fnatic to unlikely win with an MVP performance.

According to Nemesis, however, solo-killing the international megastar that has become known as the ‘Unkillable Demon King’ wasn’t all that it’s cracked up to be.

“Honestly, I didn’t even realize it in lane,” the Slovenian admitted. “He was winning lane quite hard, harder than he should have been, but he underestimated Veigar’s damage.”

“The kill didn’t change much though, I would have been the same champion regardless of whether I got the kill or not. Personally I don’t care (about killing him) because I’m here to beat everyone, and that includes Faker.” 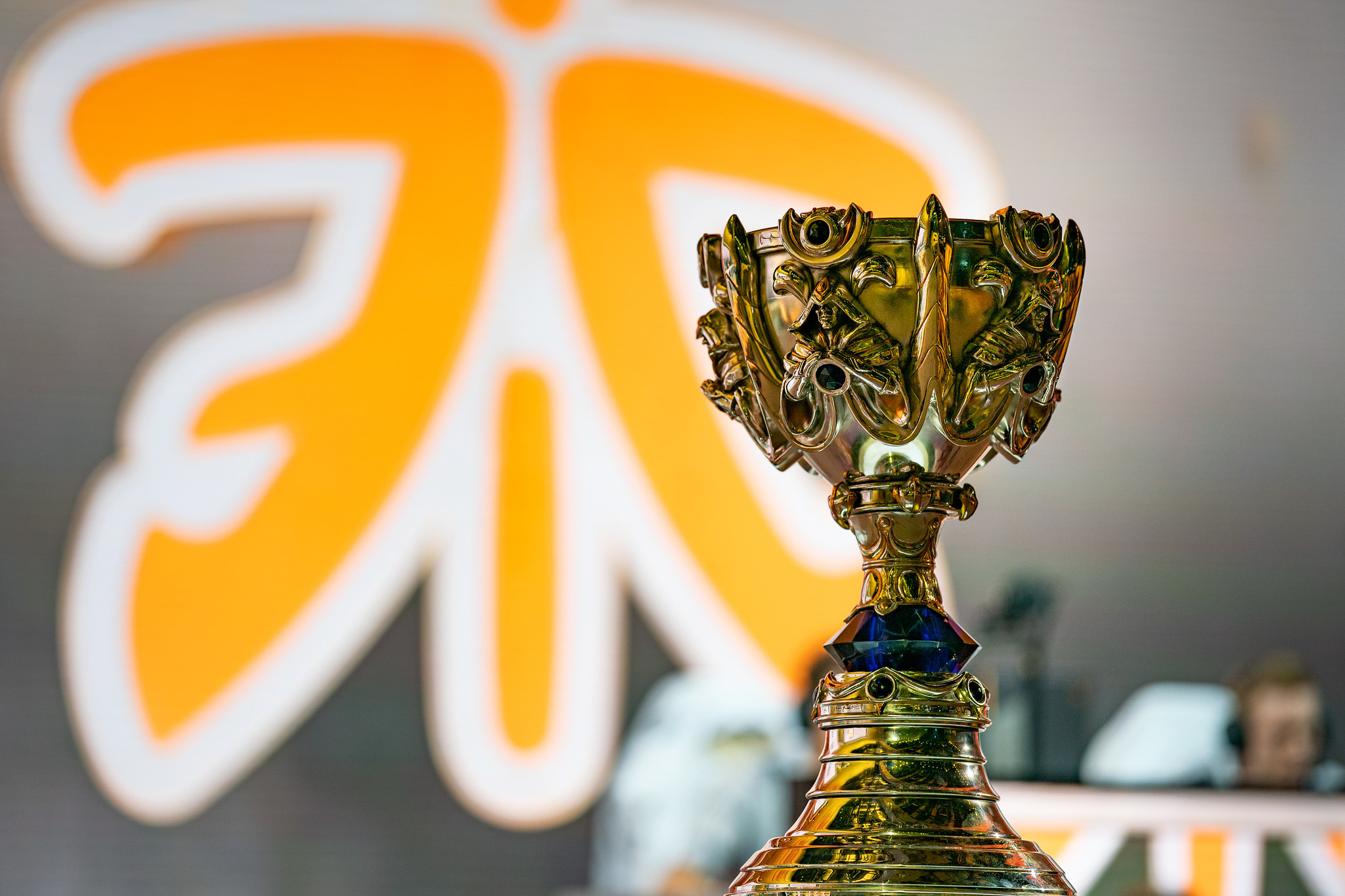 Nemesis and Fnatic are gunning for the world championship in Europe.
[ad name=”article5″]

Now, Fnatic have drawn Chinese champions FunPlus Phoenix in the round of eight. They are on the same side of the bracket as defending world champions Invictus Gaming, who downed them 3-0 in Worlds last year, and Korean youngsters Griffin.

It’s a tough bracket, but Nemesis has barely paid it any attention. Instead, he’s more focused on returning to Madrid, where he first cut his teeth in the competitive scene with Mad Lions in the domestic league and European Masters.

“I don’t, but I really like Spain, and I’m looking forward to it, because I’ve played there in the past,” Nemesis replied when asked if there were any teams he wanted to face. “I think the Spanish crowd is the best in the world, and I’m really looking forward to playing there.”

There were no teams that Nemesis wanted to face, yes, but there was one player that came to mind when asked — Fnatic’s enigmatic former mid laner Rasmus ‘Caps’ Winther, with whom the European organization made it to the Worlds final.

After losing to G2 twice in Summer’s grueling five-game series, Nemesis is out for revenge. He wants to prove he’s the best: “I want to face Caps. I just want to win against him this time.”

Fnatic’s quarterfinal against FPX begins at 8am PST on October 26, after Griffin clash with IG. Keep up with all the World Championship action via our Worlds coverage hub.