The 2019 League of Legends World Championship is approaching its conclusion, with only four teams left standing in pursuit of the Summoner’s Cup.

Worlds is the highlight of the League of Legends calendar, with 24 teams from the various major and emerging regions around the world entering to fight for the game’s ultimate title.

Only two rounds of competition now remain to be played, however, with the semi-finals of the single elimination bracket locked in.

On one side, it will be a domestic clash as LPL Summer champions FunPlus Phoenix face reigning World Champions Invictus Gaming. On the other, a rematch of the MSI semi-finals, as LEC champions G2 Esports and LCK champions SK Telecom T1 meet again.

The quarter-finals were a fairly convincing affair, although no team passed entirely unscathed, with all three matches ending in 3-1 victories for their respective teams. All three regions that entered the playoffs also still have representatives after the first round. 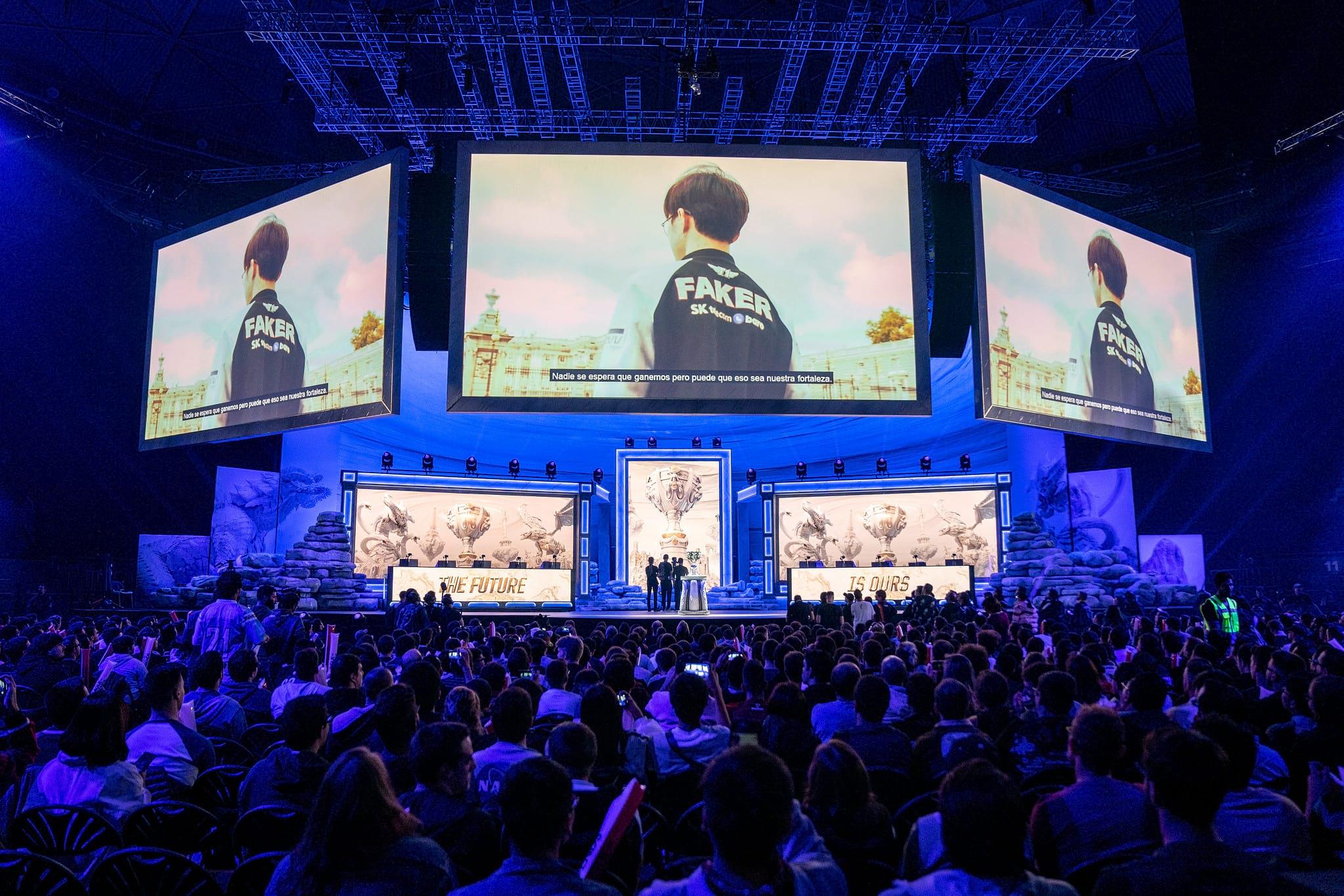 The bracket guarantees that once again, an LPL team will compete in the final of the World Championship, while on the other side the reigning MSI champions face off against the most decorated team in League of Legends history for a chance to challenge them.

No matter who wins, history will be made. FunPlus Phoenix are looking to claim the title in their very first international outing, while Invictus Gaming would become only the second team ever to win in back-to-back years.

For SK Telecom T1’s Lee ‘Faker’ Sang-hyeok, this could be his fourth World Championship out of five attempts, while G2 Esports are currently on course to become the first team ever to complete the grand slam – winning both domestic titles, MSI, and the World Championship in one year.

Here’s everything you need to know about the tournament so far, and how to keep up with what is sure to be an incredible conclusion.

12 teams from around the world will partake in the play-in stage, with four spots on the line for the best performing teams at the main event.

The main event will feature 16 teams, split across four groups, with the top eight teams progressing to the knockout stage.

The knockout stage is a single elimination, eight-team bracket. Teams will play in best-of-five series against each other all the way to the final, with the winner of the knockout stage winning the World Championship and taking home the Summoner’s Cup. 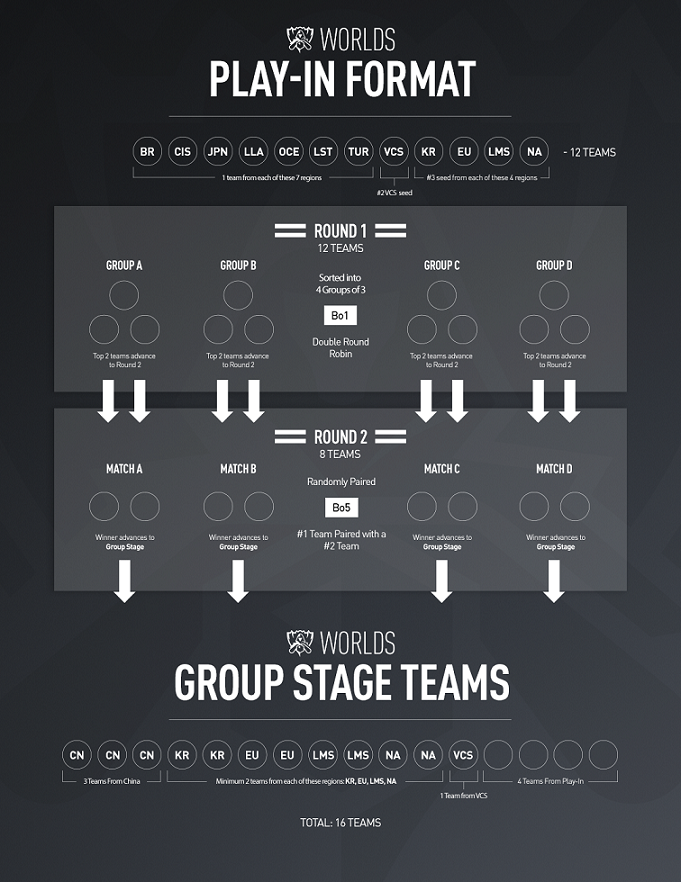 The format for Worlds 2019 is unchanged from previous years.
600 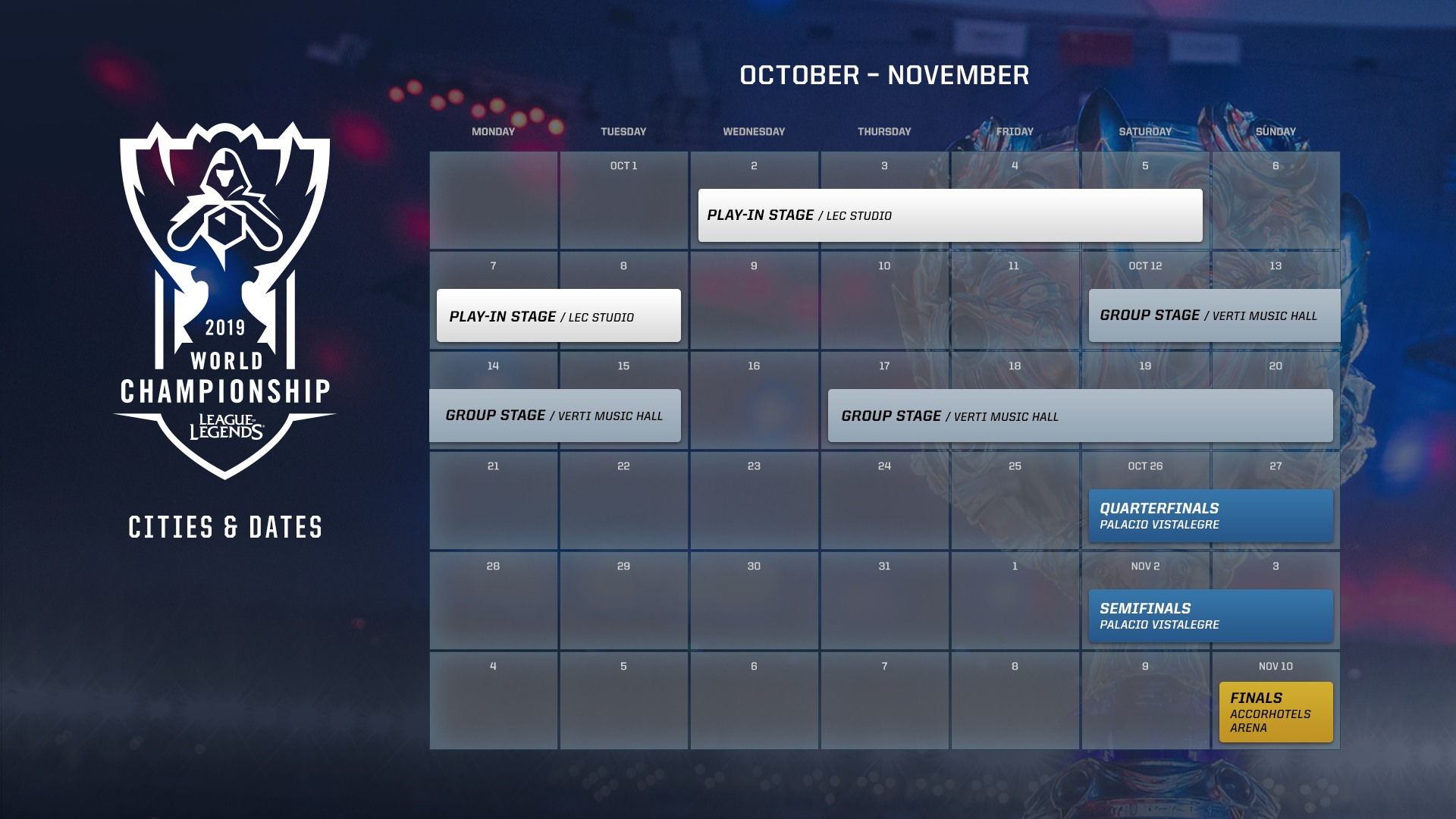 There are two sets of groups for Worlds 2019 – the play-in groups and the main event groups.

Every team at Worlds 2019 was seeded based on their region’s past performances at international events, as well as their own domestic placings. Pool 1 is the highest seeding possible for that stage, while Pool 3 is the lowest.

The main event groups were decided by a live draw which selected the first three teams in each group. The final spot was left open for the qualifying play-in teams, which have now been filled.

Where is Worlds 2019 being streamed?

Worlds 2019 will be streamed on Twitch and Youtube in English, and on a variety of other different streaming services for other languages.

This article was last updated on November 3 at 9:50 AM EST.