has explained why his team will finally beat Royal Never Give Up when they meet in the group stage of the 2019 League of Legends World Championship.

Many of Fnatic’s fans will no doubt be a bit nervous about the team’s group draw for the World Championship. While the team has been hailed as a serious contender at this year’s Worlds, to reach the playoffs they’ll have to face Lee ‘Faker’ Sang-hyeok’s SK Telecom T1 – the back-to-back LCK champions – and Royal Never Give Up.

Fnatic versus Royal is one of the most storied international rivalries in League of Legends, dating back to when the two organizations first clashed at the 2013 World Championship. Since then, the pair have met on multiple occasions, but it has historically been RNG that have come out ahead.

At the centre of the match-up are arguably the most iconic players of each side, the AD Carries – Martin ‘Rekkles’ Larsson for Fnatic, and Jian ‘Uzi’ Zi-Hao for RNG. While Rekkles has always been among the top bot-laners domestically, he’s always fallen short against Uzi. 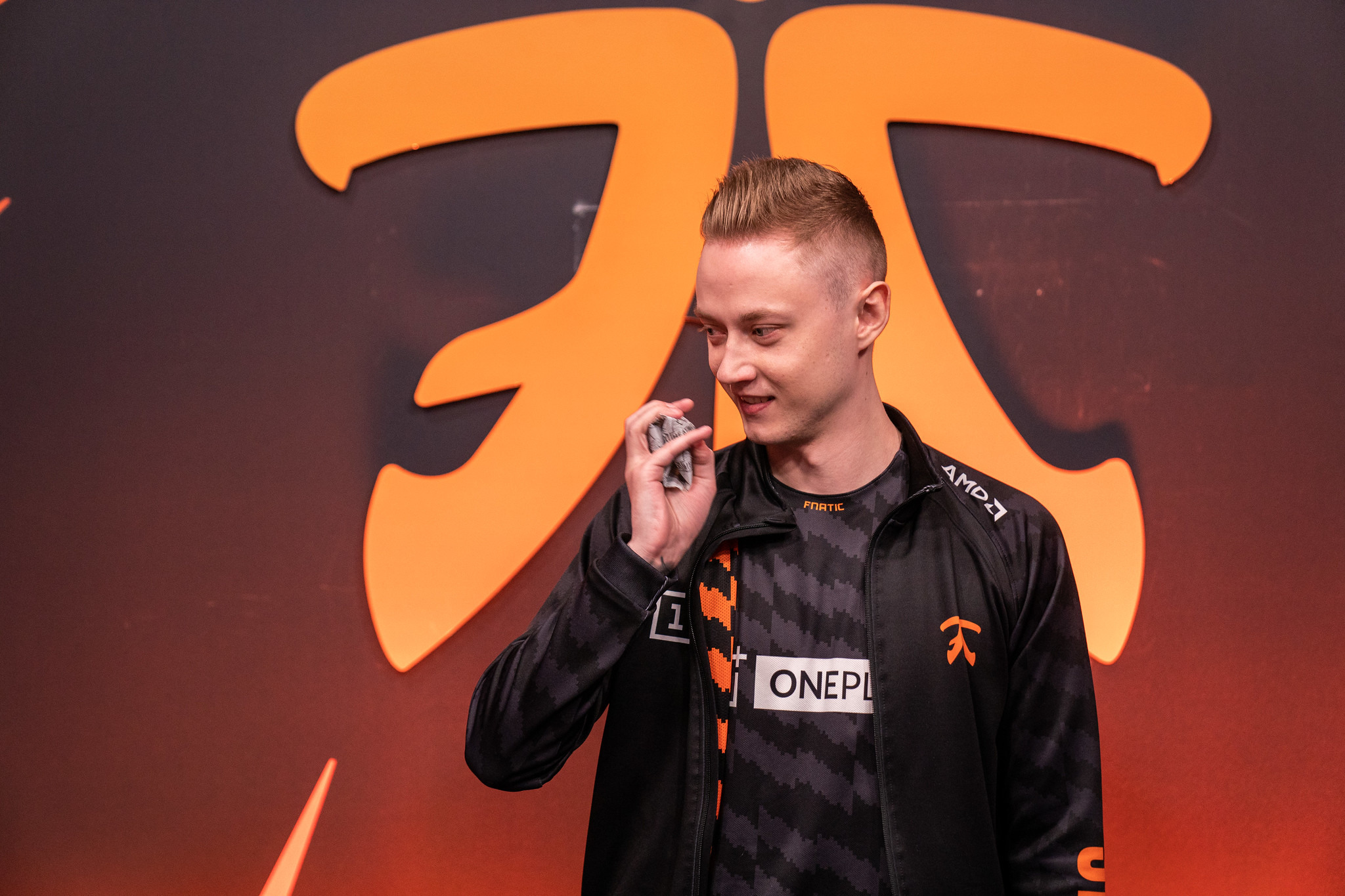 Rekkles has historically struggled against Uzi.

According to Nemesis, however, this will be the year that Rekkles prevails, because Nemesis himself is now on the team, and Fnatic has spent an entire year competing against FC Schalke 04, who he describes as “budget RNG.”

“Rekkles will [beat] Uzi, and the reason why is he’s got me now. We literally practiced against budget RNG the whole split – it’s Schalke.”

Nemesis also explained that, like Schalke, the games against RNG would be predictable due to their tendency to play heavily to Uzi in the bot lane.

“What happened in [LEC Summer] semi-finals? I called it in the interview, I said it’s going to be a party in [bot lane]. I’m gonna arrive, everyone’s gonna be drunk already. This is what’s going to happen against RNG. Party in bot lane, again, everyone drunk – boom, I arrive, clean up. Extremely predictable game plan.”

Fnatic will kick off their Worlds campaign in the Group Stage of the main event, which begins on October 12. Only two teams from their group will advance to the playoffs, so Fnatic fans will be hoping that Nemesis’ assessment of their chances against RNG is indeed accurate.

How to fix New World Steam achievements not unlocking bug