Jaryd ‘Grand Theft Auto RP and while many fans might have already expected some exciting gameplay, not many would have expected to see another player killed on screen.

The Twitch streamer has been juggling the online roleplaying game and Sea of Thieves during the latter stages of July, with it looking increasingly likely that he will continue to play both of them moving forward.

For a few moments during his July 27 broadcast it appeared as if the former CS:GO player was about to witness a game changing new armor be unveiled, but that didn’t last long. 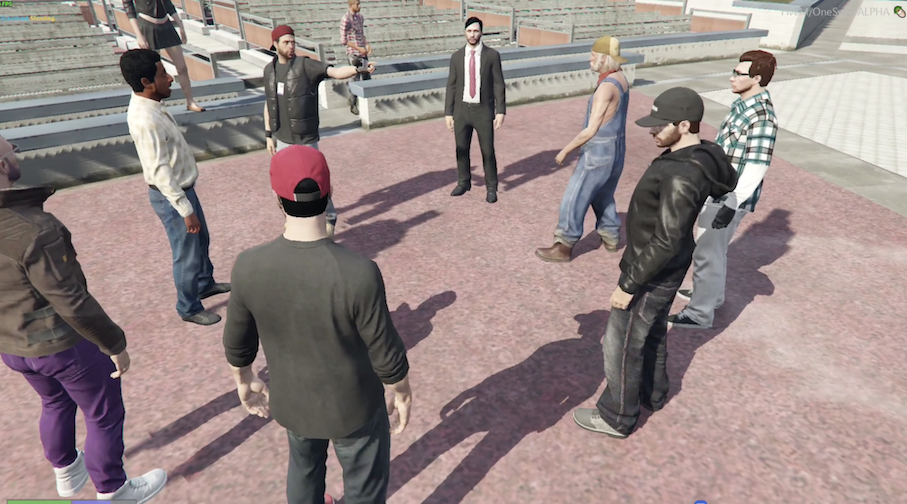 A whole bunch of GTA RP players were in attendance for the big armor reveal.

Summit and a whole bunch of other GTA RP streamers gathered around as a man with a microphone started to build up the presentation of a new kevlar protective body suit, which he said would allow players to be protected from gunfire like never before.

“Mr. Kevlar is going to demonstrate his new tactical armor and he’s going to be giving away over $10,000,” he said, before handing over to the shooter in the demonstration and starting a countdown.

“I feel like somebody is going to accidentally shoot him in the face or something,” summit1g said, before the player in armor bounced off three consecutive body shots, but eventually dropped to the ground – seemingly dead.

Everybody involved was left shocked by what had happened. At first, it looked like it was working, yet clearly that wasn’t to be the case. One player described it as “exciting” in their post-death analysis.

Without any hesitation, though, the presenter of the demonstration moved on proceedings quickly in hilarious fashion, before all of the players went their separate ways. It’s fair to say that this demo never exactly went to plan.

Whether or not summit1g will be staying on GTA RP to give his viewers even more of these funny interactions remains to be seen, but some fans will definitely be crossing their fingers.