Rockstar Games has announced the arrival of a new radio station in Grand Theft Auto V with a monster track list, including hits from artists such as DaBaby and Travis Scott.

Coming December 12, iFruit Radio will be available to players in both GTA Online and the game’s story mode as part of the Diamond Casino Heist update.

According to the company, the new radio station is hosted by Danny Brown and UK rapper Skepta. Considering the hilarious banter we’ve come to expect from Grand Theft Auto radio stations, iFruit should be a fantastic addition that provides some much-needed, fresh tunes for in-game jam sessions.

Coming to both GTA Online and Grand Theft Auto V Story Mode for PS4, Xbox One and PC on December 12 with The Diamond Casino Heist: https://t.co/vSg71GxmG3 pic.twitter.com/anyPX2woFn

The tracklist is as follows:

As previously mentioned, the new radio station will come as part of the Diamond Casino Heist update.

According to Rockstar, to pull off the heist, leaders will need to setup an arcade as a front, where heist operations can be rehearsed. It is there that players can “practice hacking keypads or cracking vault doors, store equipment and getaway vehicles.” 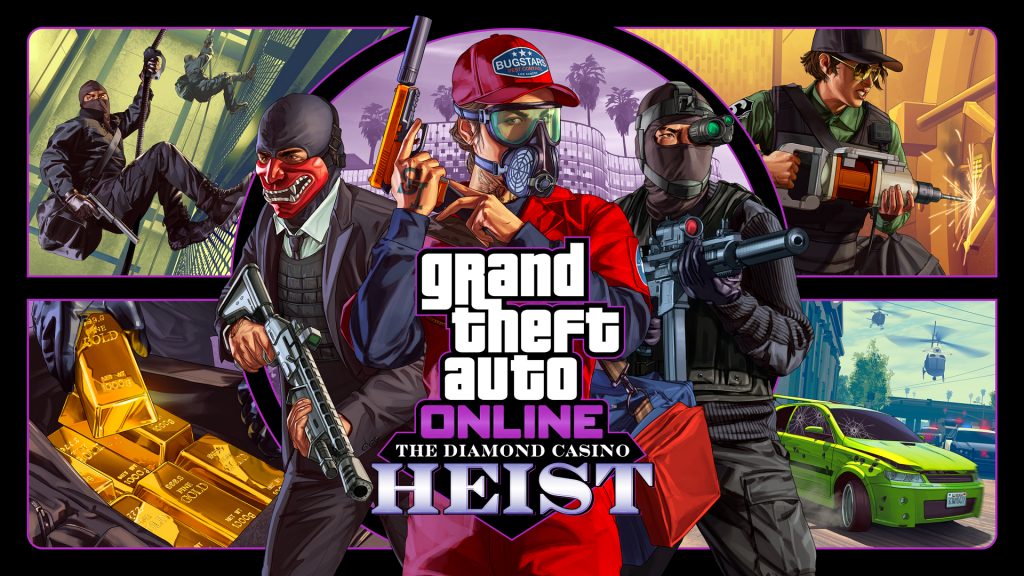 Additionally, the way the heist unfolds can change on the fly as players infiltrate the casino. Rockstar states that even if the mission goes sideways, players will have more options mid-mission to keep the heist alive without failing, adding for more replayability with scenarios changing each time.

More details are expected to drop when the update launches on December 12.