Rockstar Games have dropped their newest update for GTA Online, giving fans the chance to purchase an all-new electric vehicle, while also picking up some free content thanks to Twitch Prime. So, let’s take a look at the contents of the January 9 update.

While plenty of fans are still holding out hope for news about GTA 6 – including diving into GTA 5 and taking eagle-eyed looks at the in-game advertisements and easter eggs – Rockstar Games have continued pumping out updates for GTA Online.

As is typical with their new content, the developers have added a few new items that you can spend your hard-earned cash on, or well gambled at the Diamond Casino if that’s more your scene, and catch the eye of everyone else in Los Santos.

GTA Online is still going strong with updates from Rockstar.

The biggest addition in the new update comes in the form of the Overflod Imorgon sports car. Available from Legendary Motorsport for $2,165,000, the two-door sports car will have you zipping through the streets of Los Santos on the back of electric power.

If you’re a car aficionado and are trying to pinpoint what real-life vehicle it’s based, well, it’s a mix. The front of the car looks strikingly similar to the Aston Martin Vulcan, while the back is reminiscent of an Audi R8, so it’s sure to set you apart in GTA Online – so long as you have the cash. 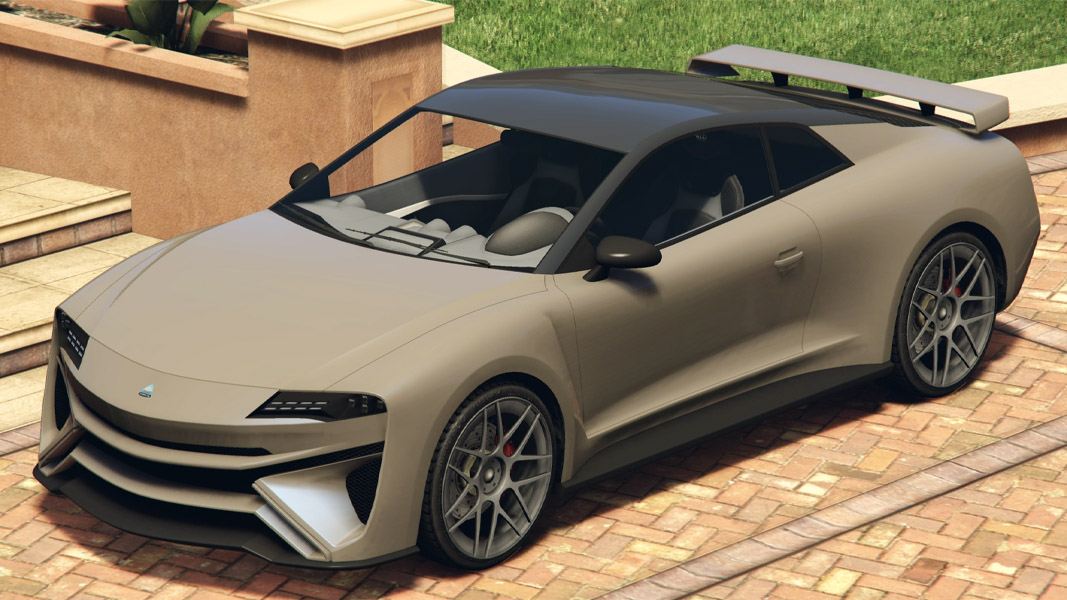 The Overflod Imorgon is the newest car to be added to GTA Online.

Speaking of money, there are plenty of ways to earn quick cash during the next week. The Arena War Series will offer double rewards, including modes like Carnage, Hot Bomb, and Bomb Ball.

However, if you haven’t got the cash to enter the Arena War Series, don’t fret. Double bonuses on GTA$ & RP will be available for anyone playing Resurrection, while there are also double payouts on the Contact missions that you receive on your phone or on the jobs page of GTA Online.

As for free stuff, because everyone likes free stuff, there’s a chance to win a uniquely customized Obey 8F Drafter from the Casino’s daily lucky spin wheel.

That’s not all, though. GTA players who have their Rockstar Social Club accounts linked to Twitch Prime can still get the Pixel Pete’s Arcade property in Paleto Bay for free. If you’ve already paid for it, don’t worry, you’ll get a rebate. 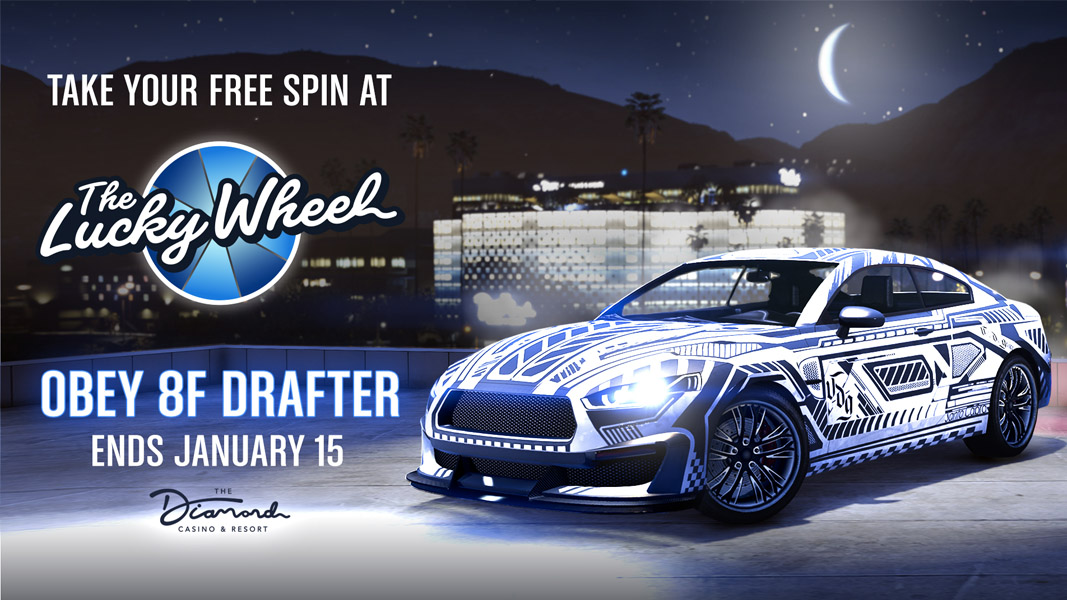 The eye-catching Obey 8F Drafter can be won, for free, at the Diamond Casino

As ever, the bonuses from these updates will go away by the time Rockstar drops their next batch of content so you’ll have to be quick if anything interests you.

Aside from that, though, it’s time to head back to the Diamond Casino and hit the Inside Track horse racing to try and build up some cash to buy that all-new Imorgon car.